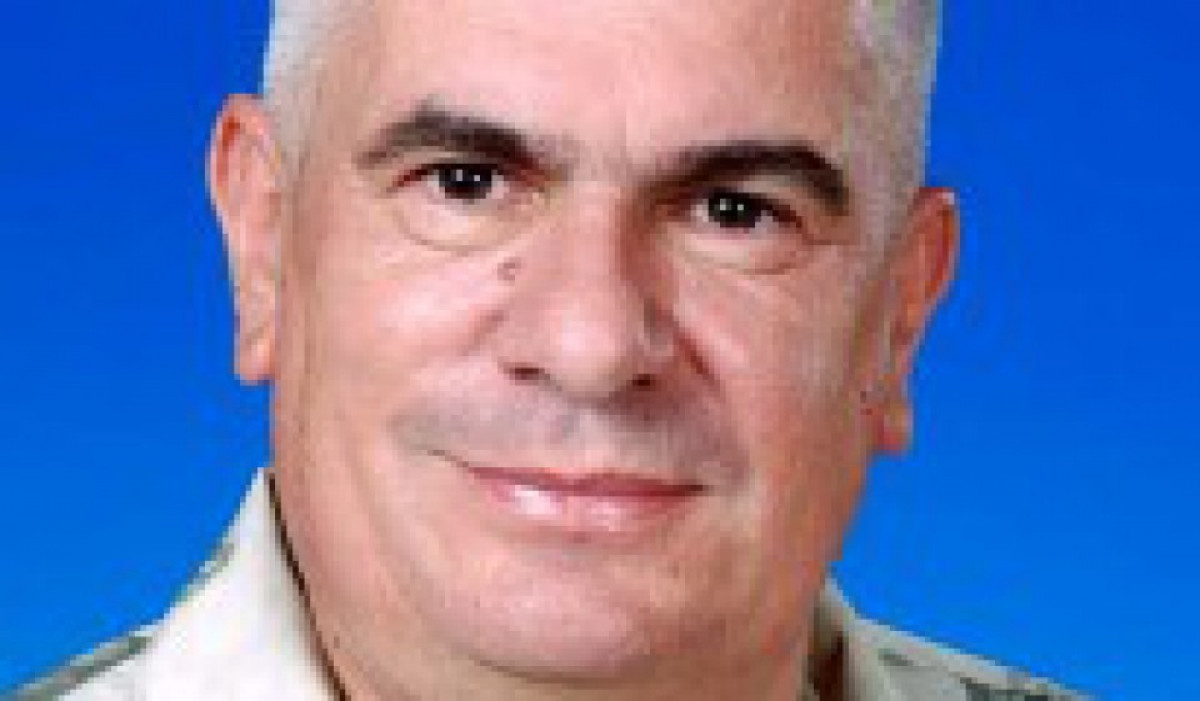 entrepreneur is the MD’s Advisory Board Vice-Chairman

There are almost 500,000 Muslims in Australia, with 400 mosques serving them. According to the Australian Security Intelligence Organization (ASIO) 2012-103 Annual Report to the Australian Parliament, there are over 200 terror investigations going on. This infers that massive government resources are being ploughed into monitoring and surveillance of the Muslim community in Australia, as four Australian Prime Ministers have admitted.

There appears to be an insecurity on the part of lawmakers and successive governments about Muslim citizens in the Australian community. At first it was about immigration, and violence, which grew into terrorism after 9/11. The evidence used to support policy has not been accurate according to prominent Australian Tim Costello.

Official government comment and stories from within the Muslim community itself, indicate that the security services are spying on their own people in a similar manner they did with communist groups within the Australian community back in the 1950s and 60s.

According to both documented evidence and interviews of Muslims living in Australia, a disturbing picture of how groups of Australian's are monitored and attempted to be influenced evolves.

According to this evidence, the Australian Government through various agencies uses both hard and soft approaches in their engagement of the many Islamic communities within Australia.

This first of these approaches has been through the use of intimidating legislation. The Australian Government has used world events to introduce anti-terror laws that allow for detention, lesson the burden of proof in courts of law, allow for easier surveillance, and drastically decrease the rights of Australian citizens in regards to the legal process, etc. This has given the government much more power over its citizens with little criticism by the Australian community. The mainstream media in Australia through sensationalism has generally supported such measures with only pockets of concern and criticism coming from minor alternative  and foreign media.

The media sensationalism of Australia's harsh anti-terror laws and 'public ritualism' through airport security for example, serves to remind and intimidate the Australian public about the threat of terrorism.

The media has used narratives which have contributed to 'Islamphobia' within Australia. This has suited government legislative objectives. Headlines like  “Halal food dishing out radical change to society”, in The Daily Telegraph on 22nd May 2013, "Sharia unwelcome”, in The Australian on 9th March 2012, "Repressing women is sharia’s raison d’etre’”, in The Sydney Morning Herald on 5th May 2011, and “Muslim leader blames women for sex attacks”, in The Australian on 26th October 2006, are examples of this.

Media control of these narratives has certainly been a massive influence dividing the general population against Muslims in Australia according to a Victorian Police and Victoria University Research report.

This has coincided with a number of acts of violence towards both Muslims and mosques within Australia.

Groups like 'Reclaim Australia' thrive on these narratives to develop resentment in their propaganda against Muslims in Australia.

The Australian government has invested large sums of money and resources to electronically monitor the population as has been reported before. Some of this is undertaken 'offshore' by contractors to circumvent Australian law.

In addition, the author heard numerous stories from members of Mosque congregations about 'agents' infiltrating Muslim groups in Australia, thus increasing suspicion of others within the Muslim community.  Many Muslims feel they are being victimized and their freedom and practice of religion compromised. Such action or mere rumors of surveillance and infiltration is not helping to resolve feelings of alienation and marginalization that many young Australian Muslims fell today, according to reports.

ASIO, like it did during the Cold War era, has caste the net too wide. Stories of bullying and harassing people for 'friendly chats', entrapment, bribing, and blackmail, in efforts to infiltrate the Australian Muslim community are rife.

The result of the above is that many Muslim's feel that they are being held responsible by the Australian public for terrorism and extremism. This is particularly the case where the Australian Government has been promoting, or even insisting on the Australian Islamic community adopting a form of "moderate Australian Islam". Any other form of Islam appears to be demonized and implicitly suggested as being a form of extremism. Many Muslims in Australia feel that very ideas have been criminalized, being deemed as extreme, blurring the lines between Islamic political activism and terrorism. This demonization has created fear and justified particular actions, such as Australian foreign policy in support of the United States, and the curtailing of civil liberties.

A dramatization of this was seen in the case of Dr. Muhamed Haneef back in 2007, where he was deemed guilty publicly, later to be totally exonerated by the Australian court process.

Islamophobia has been allowed to develop because it serves political ends. However it is destroying Australian multiculturalism and building opposition to immigration. This assisted Howard regain election back in 2001 with the 'MV Tampa' incident, and baseless allegations during the 2001 election campaign that boat people threw their children overboard to avoid being turned back at sea.

Australia is more unsafe than before. Some Muslims now feel unsafe to leave home. Many Muslims have been abused in public and arson of mosques in Australia is becoming more common. The turban and scarf have become symbols of terrorism. Raids have gone on around Australia where very few people have actually been charged with any offence.

Australian foreign policy has led to many disappointments within the Australian Muslim community. The invasion of Iraq, the invasion of Afghanistan, tacit support for the use of drones, Guantanamo, and the Australian behaviour towards the David Hicks case, who has now been exonerated, have alienated many. This is particularly so, where many believe that objective discussion within the community about what they see as the real issues is suppressed. Muslims interviewed at a Friday prayer congregation, felt the Australian community wanted apologies from the local Muslim community over world events like 9/11, the Bali bombings, and 7/7.

According to a recent survey taken, 60% of Muslim Australians believe the 'war on terror' is a war on Islam.

Many Muslims have sympathy for the people who are now suffering because of 'coalition' foreign policy in the Middle East. The author heard of some who felt a duty or 'jihad' to help those who are suffering, and travel across to war torn areas. Many feel that the peoples of Syria and Iraq have been abandoned and left to suffer. However many have not gone to fight, as the Australian Government have espoused. They have gone to give humanitarian assistance to these war torn communities, and in some cases get caught up in the fighting. Consequently been painted are jihadist terrorists.

The question is, whether successive Australian Governments have sort to integrate or assimilate the Australian Muslim community? Much of the narrative has a neo-Christian undertone in its policy framework. 'Reclaim Australia' see Muslims as a threat to an Anglo-Australian culture and lifestyle, where Islamophobia has united a small core of Australians who are against multiculturalism.

The new citizenship test even appears to pose a 'skewed concept of Australian values'. The attempts to legalize the stripping of citizenship, where a leading constitutional expert believes that people under the proposed laws can be stripped of citizenship by mere suspicion, appears to be a new attempt to intimidate migrants to Australia.

The political climate in Australia today does not allow for discussion about alternative approaches to fighting terrorism, or objective discussion about the refugee problem, not just facing Australia, but many parts of the world as well. The Australian Government paints a gloomy picture about the 'war on terror', by its own rhetoric, deeming it unwinnable. They insinuate that the Australian community is helpless and an easy prey for the 'forces of evil' through terrorism. This is creating some apprehension in middle Australia.

In a more eloquent characterization, the London Arab language daily Al-Sharq Al-Awsat compared Islamic State to a remote controlled “cluster bomb”. "Every explosion means as many fragments – jihadists spreading in an unpredictable way on large areas so that no command and counterterrorist operation centre be able to prevent the deflagration clusters and its devastating effects."

With the way Islamic State is reaching out to communities through cyberspace and espouse their narratives, more than just the 'classical approach'  to fighting terrorism is required. The physiological sources that are producing fanatical and eschatological thinking that produces jihadistic terrorism needs to be engaged, rather than suppressed through counter force, as the natural reaction has been.

This requires a 'new international doctrine' that would include prevention, intervention, and reconstructing mentalities to prevent any re-establishment of terrorism under different names and new generations of groupings in the future. Australia is today playing no role in this necessary discussion.

The Australian Government approach to the 'war on terror' at home may lead to a much more conservative Australia, and weaken the Australian value of multiculturalism. It may divide rather than unite Australia. However, a divisive electorate may assist the Abbott Government win a second term in office.

As my dear friend, prof. Anis H. Bajrektarevic diagnoses: “terror is a tactics, not an ideology. How can one conduct and win war on tactics? – it is an oxymoron.” (Denazification Urgently Needed in Europe, policy paper)

Maybe part of the problem is the 'war on terrorism' itself.