At events such as symposia, conferences, consultations, lectures, round tables attended by representatives of various stakeholders such as scientists, academics, politicians, businessmen, journalists, artists, representatives of religious communities, civil society and others, IFIMES allows the exchange of different opinions on important issues in modern society, with national, regional and globally relevant media coverge. Thus, IFIMES hosted many distinguished guests and lecturers at its events, including state presidents, presidents of parliaments, governments, the EU presidency, the European Commissioner, ministers, MPs and many others. 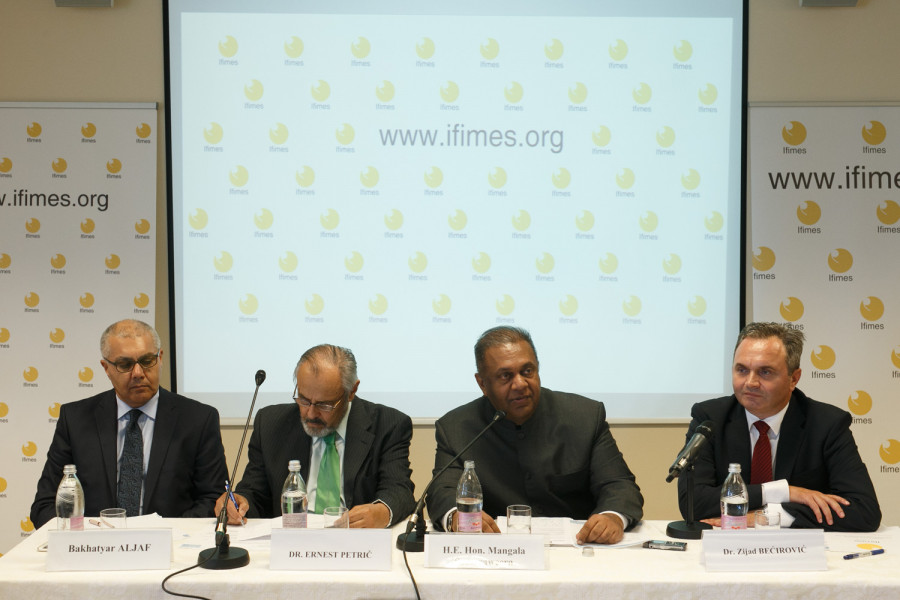 The lecture: Türkiye and The Middle East after Arab Spring revisited

Dr. Hüseyi̇n Bağcı is a Professor of International Relations at the Middle East Technical University, where he was also the Chair of the Department of International Relations from 2011 to 2015. He is also the President of the Foreign Policy Institute in Ankara and has been visiting professor in Germany, Italy and Poland. He is a member of IISS in London and Center for European Policy Studies (CEPS) in Brussels, Belgium

In his lecture, MP Juratovic will present his views on the new German foreign policy after the establishment of a new coalition government and majority (SPD, Greens and Liberals) and his views on the challenges facing the countries of Southeast Europe.

Round Table Discussion and Launch of the “Asia’s Century” project

If the 20th century was considered mainly America’s century, there are more and more arguments for profiling the 21st century as Asia’s century. “The West has been at the forefront of the world history for almost 200 years. Now it has to learn to share, even abandon, that position and adapt to a world it can no longer dominate.” (see Kishore Mahbubani)

Presentation of the book by Dr. Martin Berishaj: Undo the ethnic border

Prof. Dr. Ernest Petrič, who reviewed the book, wrote among others: Dr. Martin Berishaj in his study "Undo the ethnic border" opens a new chapter in border studies. His modern multidisciplinary approach and his understanding of the state borders in the European context which is pursued in his study and which in fact means the endeavor to eliminate.

Round table: How the independent and sovereign Republic of Slovenia was formed - 30 years later

Lecture - M.Sc. Drago Pilsel: Relations between the state and churches/religious communities in the Western Balkans

Round table: Recent Events in the Middle East – what’s next?