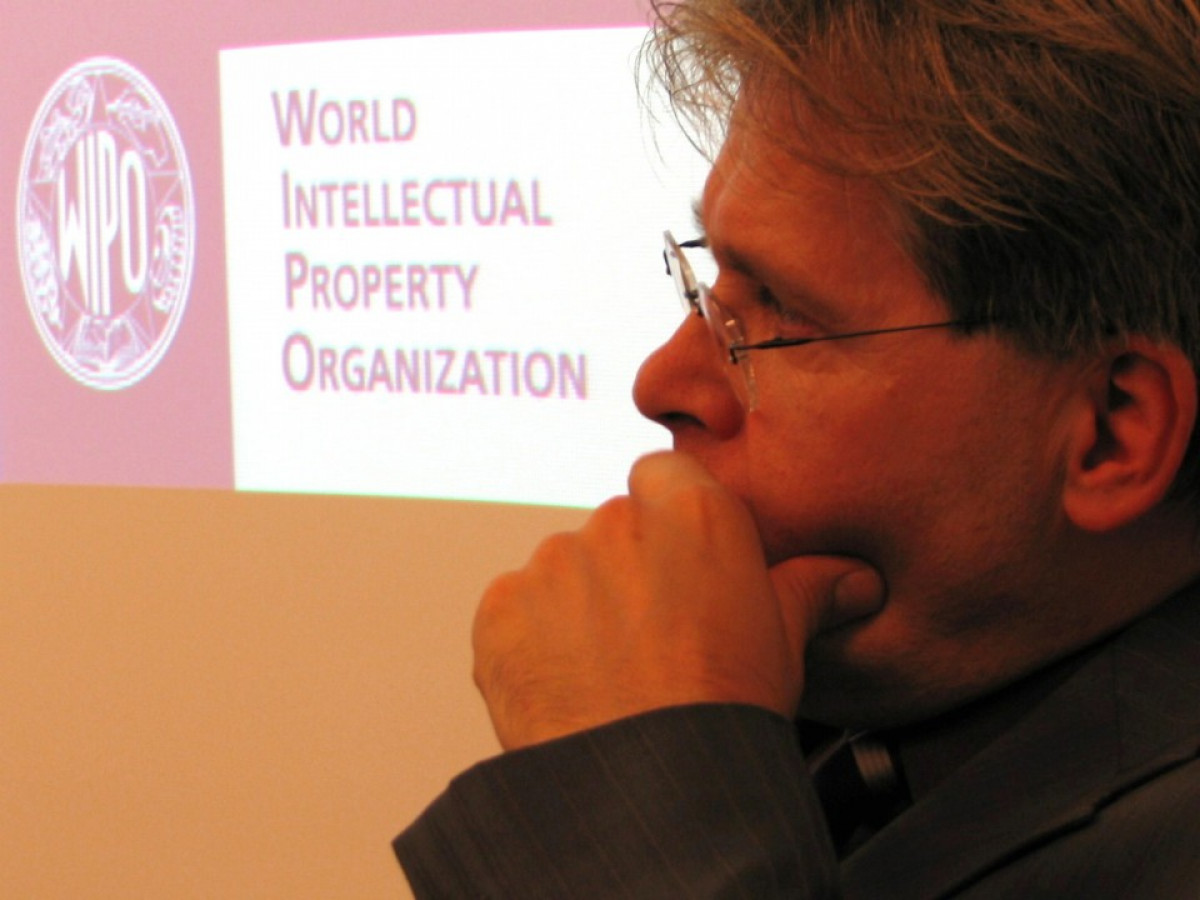 ● Head of IFIMES Department for Strategic Studies on Asia (DeSSA)

The International Institute for Middle-East and Balkan Studies (IFIMES) in Ljubljana, Slovenia, regularly analyses events in the Middle East and the Balkans. Dr. Anis H. Bajrektarević, head of IFIMES Department for Strategic Studies on Asia (DeSSA) and professor in international law and global political studies presents his article entitled “Denazification – urgently needed in Europe”. It is published in its entirety.

There is a claim constantly circulating the EU: ‘multiculturalism is dead in Europe’. Dead or maybe d(r)ead?... That much comes from a cluster of European nation-states that love to romanticize their appearance via the solid Union, as if they themselves lived a long, cordial and credible history of multiculturalism. Hence, this claim is of course false. It is also cynical because it is purposely misleading. No wonder, as the conglomerate of nation-states/EU has silently handed over one of its most important debates – that of European anti-fascistic identity, or otherness – to the wing-parties, repeatedly followed by the selective and contra-productive foreign policy actions.

The Paris shooting, terrible beyond comprehension, will reload and overheat those debates. However, these debates are ill conceived, resting from the start on completely wrong and misleading premises. Terrorism, terror, terrorism!! – But, terror is tactics, not an ideology. How one can conduct and win war on tactics – it is an oxymoron. Assassins in the Parisian Satirical Magazine are Islamofascists. The fact that these individuals are allegedly of the Arab-Muslim origins does not make them less fascists, less European, nor does it abolish Europe from the main responsibility in this case.

Fascism and its evil twin, Nazism are 100% European ideologies. Neo-Nazism also originates from and lately unchecked blossoms, primarily in Europe. (Some would say, über-economy in the center of continent, surrounded from all sides by the recuperating neo-fascism.) The Old continent tried to amortize its deepening economic and demographic contraction by a constant interference on its peripheries, especially meddling on the Balkans, Black Sea/Caucasus and MENA (Middle East–North Africa). What is now an epilogue? A severe democratic recession. Whom to blame for this structural, lasting civilizational retreat that Europe suffers? Is it accurate or only convenient to blame a bunch of useful idiots for returning home with the combating behavior?

My voice was just one of the many that included notables like Umberto Eco and Kishore Mahbubani – promote moderation and dialogue, encourage forces of toleration, wisdom and understanding, stop supporting and promoting ethno-fascism in the former Yugoslavia and Ukraine. These advices were and are still ridiculed and silenced, or in the best case, ignored. Conversely, what the EU constantly promoted with its councils, boots and humanitarian aid starting from Bosnia 25 years ago, Middle East, until the present day Ukraine was less of a constructive strategic engagement and more of a cult of death, destruction, partition, exclusion and fascism. (Some of the most notorious regimes on this planet are advertised and glorified in Europe, even though one of these hereditary theocracies considers as the serious criminal offence – like European Nazis in 1930s – if the prescribed state religion is not obeyed as the only existing one). On the other side, the European temple of multiculturalism– Sarajevo, was barbarically sieged and bombed for 1,000 days – all that just one-hour flight from Brussels. Still, 20 years after, Bosnia remains the only country in the world that does not exercise its sovereignty. It is administratively occupied by the opaque and retrograde international bureaucracy – predominantly European apparatchiks that institutionalized segregation in this country.

Illuminating cradles of multiculturalism – some of the brightest verticals of entire human civilization such as Jerusalem, Bagdad and Damascus still suffer unbearable horrors of externally induced, ahistorical destruction, hatred and purges.

Europe still defies the obvious. There is no lasting peace at home if the neighborhood remains restless. Ask Americans living at the Mexican border, or Turks next to Syria. This horrific Paris shooting is only a painful reminder on how much the EU has already isolated itself: The very type of Islam Europe supported in the Middle East yesterday, is the version of Islam (or better to say, fascism) we are getting today in the Christian Europe as well as in the Christian neighborhoods of Iraq, Syria and Lebanon.

Thus, in response to the Balkans, MENA and Ukraine crises, the EU repeatedly failed to keep up a broad, single-voiced consolidated agenda and all-participatory basis with its strategic neighborhood. The EU missed it all – although having institutions, WWII-memory, interest and credibility to prevent mistakes – as it did wrong before at its home; by silently handing over one of its most important questions, that of European identity, anti-fascism and otherness, to escapist anti-politics (politics in retreat) dressed up in the Western European wing-parties.

Eventually, the ‘last world’s cosmopolitan’ – as the EU is often self-portrayed – compromised its own perspectives and discredited its own transformative power’s principle. The 2012 Nobel Peace Prize Laureate, EU did so by undermining its own institutional framework: Nurnberg principles and antifascist legacy, Barcelona Process as the specialized segment of from-Morocco-to-Russia European Neighborhood Policy (EU) and the Euro-Med partnership (OSCE).

The only direct involvement of the continent was ranging between a selective diplomatic de-legitimization and punitive military engagement via the Atlantic Europe-led coalition of the willing (the Balkans, Libya, Syria, Ukraine). Confrontational nostalgia prevailed again over both essential for any viable future: dialog (instruments) and consensus (institutions).

The consequences are rather striking and worth of stating once more: The sort of Islam that the EU supported (and the means deployed to do so) in the Middle East yesterday, is the sort of Islam (and the means it uses) that Europe gets today. Small wonder, that Islam in Turkey[1] (or in Kirgizstan and in Indonesia) is broad, liberal and tolerant while the one in Atlantic-Central Europe is a brutally dismissive, narrow and vindictively assertive. Our urgent task – if we are serious about Europe – is denazification. Let’s start from Bosnia, Ukraine and Paris at once.

Author is professor in international law and global political studies, based in Vienna, Austria. His previous book Geopolitics of Technology – Is There Life after Facebook? was published by the New York’s Addleton Academic Publishers. His forthcoming book Geopolitics – Europe 100 years later is coming soon.

[1] While the cacophony of European contradictions works more on a self-elimination of the EU from the region, Turkey tries to reinsert itself. The so-called neo-Ottomanism of the current (Anatolian, eastern rural power-base)government steers the country right into the centre of grand bargaining for both Russia and for the US. To this emerging triangular constellation, President Erdoğan and its PM Davatoglu wishes to appoint its own rhythm. Past the ‘Arab Spring’, neither will Russia effectively sustain its presence in the Middle East on a strict pan-Arabic secular, republican and anti-Islamic idea, nor will the US manage to politically and morally justify its backing off of the absolutistic monarchies energized by the backward, dismissive and oppressive Wahhabism. Ankara tries to sublimate both effectively: enough of a secular republican modernity and enough of a traditional, tolerant and emancipating Islam, and to broadcast it as an attractive future model across the Middle East. Simply, Bosporus wakes itself up as an empiric proof that the Islam and modernity goes together. In fact, it is the last European nation that still has both demographic and economic growth. Moreover, Ataturk’s Republic is by large and by far the world’s most successful Muslim state: It was never resting its development on oil or other primary-commodity exports, but on a vibrant socio-economic sector and solid democratic institutions. This is heavily contesting, not only for Russia, but primarily for the insecure regime of the House of Saud (and other GCC autocracies), which rules by the direct royal decree over a country of recent past, oil-export dependent and fizzing presence and improbable future. No wonder that on the ideological battlefield, the two belligerent parties will be dominating the Middle East, which is currently in self-questioning, struggling past yet another round of hardships. The outcome will be significantly beyond the Arab world, and will reverberate all across the Sunni Muslim world. Ankara is attempting to justify that the Saudi-promoted Islam is actually a toxic, separatist/sectarian Wahhabistic ideology that self-constrains Muslims, and keeps them on a wrong side of history by hindering their socio-economic and political development. It does so, Turkey claims, by holding Muslims on a permanent collision course with the rest of the world, while Turkey-promoted Islam is not a weaponized ideology, but a Modus Vivendi, which permits progress and is acceptable for all (including the non-Muslims), with the centuries-long history of success.