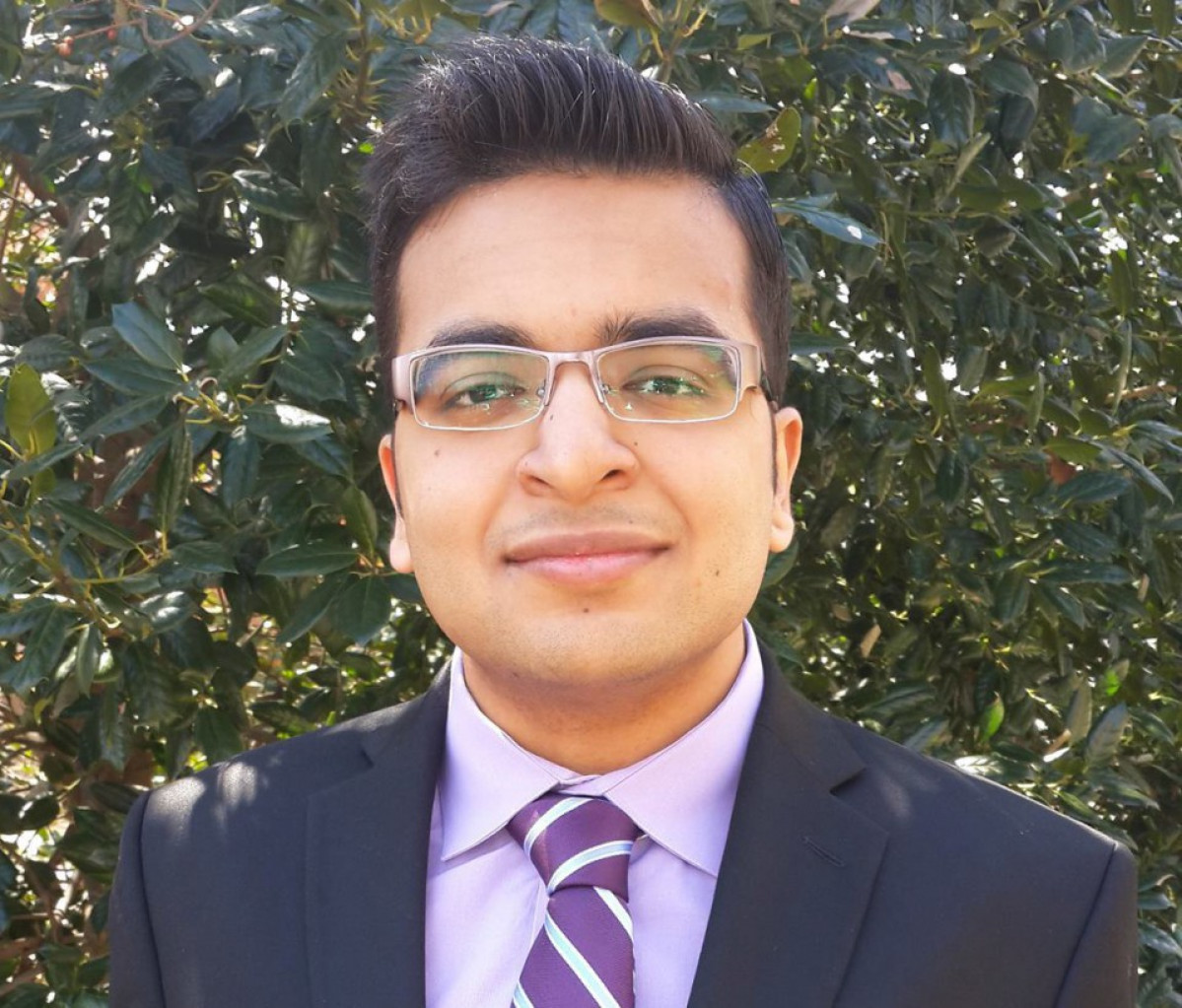 The International Institute for Middle-East and Balkan Studies (IFIMES) in Ljubljana, Slovenia, regularly analyses events in the Middle East and the Balkans. Abdullah Khurram,presents his article entitled “Can Qatar Restore Its Foreign Policy Neutrality?”. It is published in its entirety

Qatar is a unique state given its massive natural resource wealth, a result of its position as the world’ s top producer and exporter of Liquefied Natural Gas (LNG), and its small indigenous population of 300,000. This unique resource-to-population ratio significantly minimizes the potential for a revolt against the ruling monarchy. This, in addition to the political vacuum in the Middle East – resulting from declining U.S. influence and the weakening of the Arab world’s traditional heavyweights immersed in their own domestic conflicts – has positioned Qatar to expand its strategic influence beyond the Persian Gulf.

The massive expansion of Qatar Airways has already made the emirate a major international travel hub. Al-Jazeera undoubtedly stands as the most influential Arab media outlet with an annual budget surpassing USD 600 million. Furthermore, as the first Middle Eastern nation to be the designated host of the World Cup, Qatar is pouring massive financial resources into the construction and preparation for the FIFA World Cup in 2022.

Despite such remarkable achievements, Qatar’s relationship with many Middle Eastern powers has deteriorated in recent years. Doha’s alleged support for certain regional actors has prompted officials in Bahrain, Egypt, Libya, Iraq, Israel, Saudi Arabia, Syria, and the UAE to issue harsh rhetoric condemning the emirate’s foreign policy, which is generally perceived by these governments as destabilizing.

In light of Qatar becoming somewhat isolated, there is speculation that the new Emir, who inherited the throne in 2013, will take actions to restore Qatar’s image as a neutral power concentrated on mediating resolutions in conflicts rather than supporting sides in them. However, it remains to be seen if Qatar can successfully alter the image that it has built for itself since the Arab Spring revolts broke out in 2011.

Doha’s style of diplomacy has been unmatched in the Middle East. Throughout the last decade, the country has established its reputation as an important diplomatic mediator.

Qataris helped U.S. negotiations with the Afghan Taliban, and went as far as giving the Taliban a compound in Doha’s embassy district. In 2012, Qatari Red Crescent was the only entity allowed by the rebels to enter the city of Gao in Mali. In 2010, Doha played a pivotal role in helping Eritrea and Djibouti resolve a border dispute. In 2008 and 2009, Qatar’s minister of state for foreign affairs mediated talks between the Sudanese government and armed groups in Darfur. In 2008, many credited Qatar with successfully sponsoring negotiations between various Lebanese factions at a time when many worried that the Mediterranean country was on the brink of another civil war. In 2006, following the parliamentary elections in Gaza, Doha mediated talks between Hamas and its Palestinian opponents.

Additionally, a key feature of Qatari foreign policy, at times, has been to befriend two totally opposite sides of the diplomatic world.

For example, Qatar has a balanced partnership with Saudi Arabia and Iran, despite Doha’s ongoing tensions with both of these countries. Additionally, as the host of USCENTCOM and as the recipient of the largest U.S. arms deal, thus far, in 2014, Qatar serves as a vital strategic partner of the U.S. However, this has not prevented the Gulf emirate from establishing a relationship with groups that are unfriendly to the U.S.

In October 2012, Qatar’s former Emir Sheikh Hamad bin Khalifa Al Thani visited the Gaza Strip (as the first Arab head of state to do so since the Israeli/Egyptian governments imposed a siege on the Gaza strip) and in July 2014 Doha hosted a joint meeting between Palestinian Authority‟s President Abbas and Hamas’ Mesha’al.

Qatar’s relationship with Hamas has been condemned by important allies, yet it has given Doha a significant leverage. For example, after an Israeli soldier went missing, U.S. Secretary of State John Kerry contacted Qatar’s Foreign Minister Khaled al-Attiyah to use Qatar‟s influence over Hamas in an effort to secure the soldier’s release.

Doha’s Reaction to Revolution on the Arab Street

In stark contrast to Saudi Arabia and the UAE, Qatar viewed the “Arab Spring” as an opportunity rather than a threat. In 2011, Qatar did more than any other Arab League member to partner with Western military powers and local Libyan fighters to end Libyan leader Muammar Qaddafi’s 42-year long reign. After the Syrian crisis erupted, Qatar backed rebel factions fighting against the Damascus regime.xii Many Tunisians allege that Doha channeled money into the Ennahda party, the Tunisian Muslim Brotherhood’s political wing that came to power in the October 2011 parliamentary elections.xiii Doha’s alleged support for certain factions in these Arab countries quickly became a source of contention between Qatar and other Middle Eastern powers.

During Mohammed Morsi’s one year presidency, Qatar loaned Egypt USD 8 billion, positioning Doha as the Egyptian Muslim Brotherhood’s most important regional partner. In March 2014, Bahrain, Saudi Arabia, and the UAE called back their ambassadors from Doha, largely due to Qatar‟s support for the Egyptian Muslim Brotherhood among other factors. Neighboring Saudi Arabia even threatened to close the Saudi-Qatari border, and also threatened to suspend Qatar‟s GCC membership.

Seven months later, Qatar’s government expelled several high-ranking Egyptian Muslim Brotherhood officials, which was understood to be a reaction to growing pressure on Doha from these fellow Gulf monarchies. However, at this juncture it remains to be seen whether such pressure is causing a drastic change in Doha’s strategic calculus.

Despite these tensions with neighboring states, Qatar has proven instrumental with respect to helping the U.S. and the United Nations. For example, in June 2014, Qatar negotiated the release of U.S. soldier Bowe Bergdahl, who was the last American troop under Taliban control in Afghanistan.xvi In October 2014, Qatar reportedly played a role in securing the release of UN peacekeepers caught by an al-Qaeda-affiliate group, Jabhat al-Nusra, in Syria. Furthermore, as the U.S. leads a coalition of Western and Arab militaries against Daesh (al-Dawla al-Islamiya fil-Iraq wa-al-Sham, The Islamic State in Iraq and the Levant), which now refers to itself as the “Islamic State”, Qatar’s support as the host of USCENTCOM is positioning the emirate as an important player with respect to logistics and symbolism – both in terms of showcasing an image of GCC unity, and strong ties with Western powers. It is indeed no surprise that the State

Department recently termed Qatar as a “valuable partner to the United States”. Yet despite such leverage, areas of contention between Qatar and its Arab and Western allies are still likely to remain on the table.

Without a doubt, Qatar’s influence has increased significantly throughout the last ten years. Doha’s foreign policy appears more opportunistic in nature, rather than one that is a by product of a long-term and coherent grand strategy.

Given that Qatar’s previous reputation as an “honest mediator” has been replaced with one of an “interventionist” power, Doha must re-consider its bold approach to foreign policy. To most effectively advance Qatari interests, it might be in Doha‟s long-term interest to not position itself at the forefront of every regional issue. Instead, leading from behind, and working in coordination with other regional countries may prove most advantageous to Qatar and its relationship with other Arab governments. As Qatar’s foreign minister al-Attiyah recently wrote in an op-ed, “History will judge our actions.” Indeed, it is time for Qatar to address the points of contention in its relationship with traditional allies. These decisions will ultimately determine its place and reputation in the world for years to come.

Abdullah Khurram is a strategic consultant at Gulf State Analytics and South Asia Fellow at PoliTact. He is based at the Committee on International Relations, University of Chicago. Contributor of IFIMES.

This article was originally published in the Gulf State Analytics.