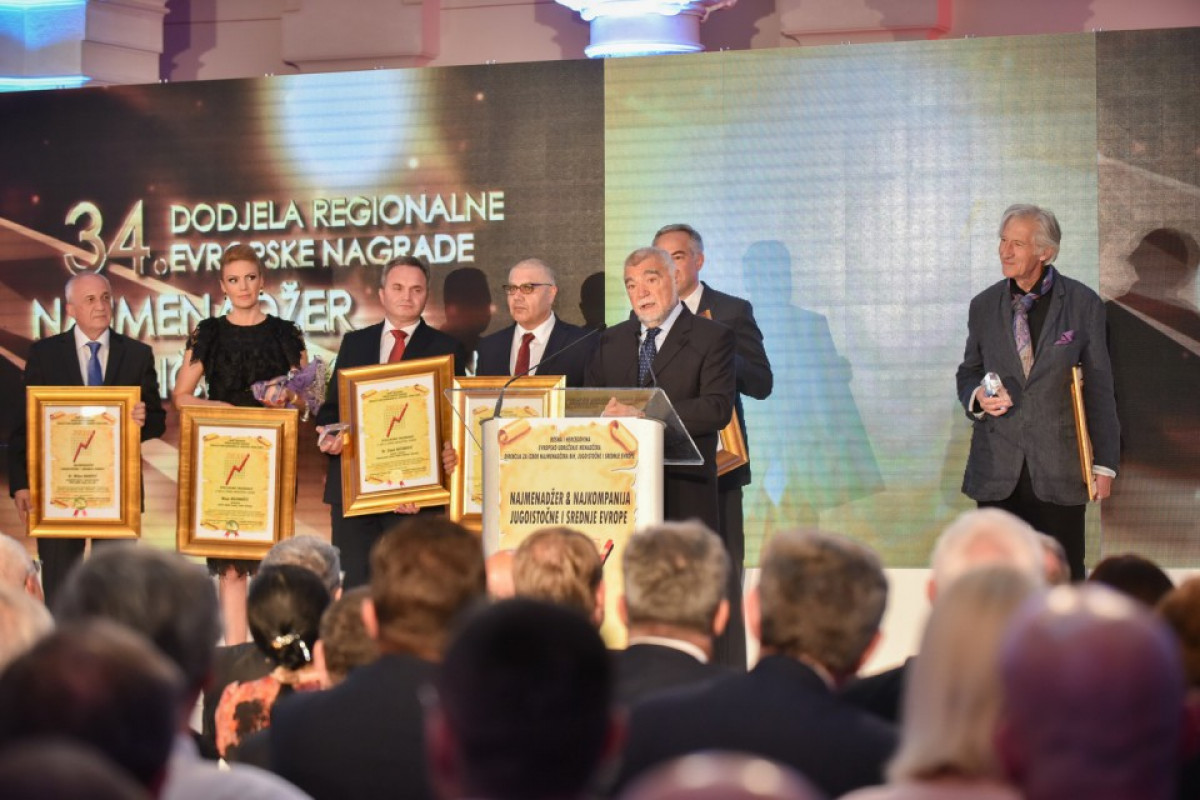 LJUBLJANA / SARAJEVO, July 7, 2016 - The European Association of Managers, Regional Directorate for the selection and promotion of managers of Southeast and Central Europe based in Sarajevo, awarded the prestigious award for “Best Institute 2016” in the category of scientific research organizations, to the International Institute for Middle-East and Balkan Studies ( IFIMES). IFIMES Director Dr. Zijad Bećirović and Bakhatyar Aljaf received the award for “Best Director 2016”, which is awarded to the most successful directors in South East and Central Europe.

Directors Aljaf and Bećirović expressed gratitude for this prestigious award, which is also recognition for all those who cooperate with the Institute for more than 15 years. Such a results would not be achieved if the Institute would not have such a prominent group of associates from different countries, united in their intention to make this world a better and more just place for all. This is a continuing task, especially as regards the fight against crime and corruption in the region. Our activities will be strengthened even further.

Formal award ceremony was held in Sarajevo City Hall (Town Hall). The event was attended by many eminent personalities from South East and Central Europe.

During the whole-day event an international conference entitled "Summit of 100 managers - the best investors in the region" was held. The conference was attended by many participants from different countries, who come from the fields of business, politics, science, the academic community and public life. The emphasis was on speeding up economic cooperation and integration in the region.