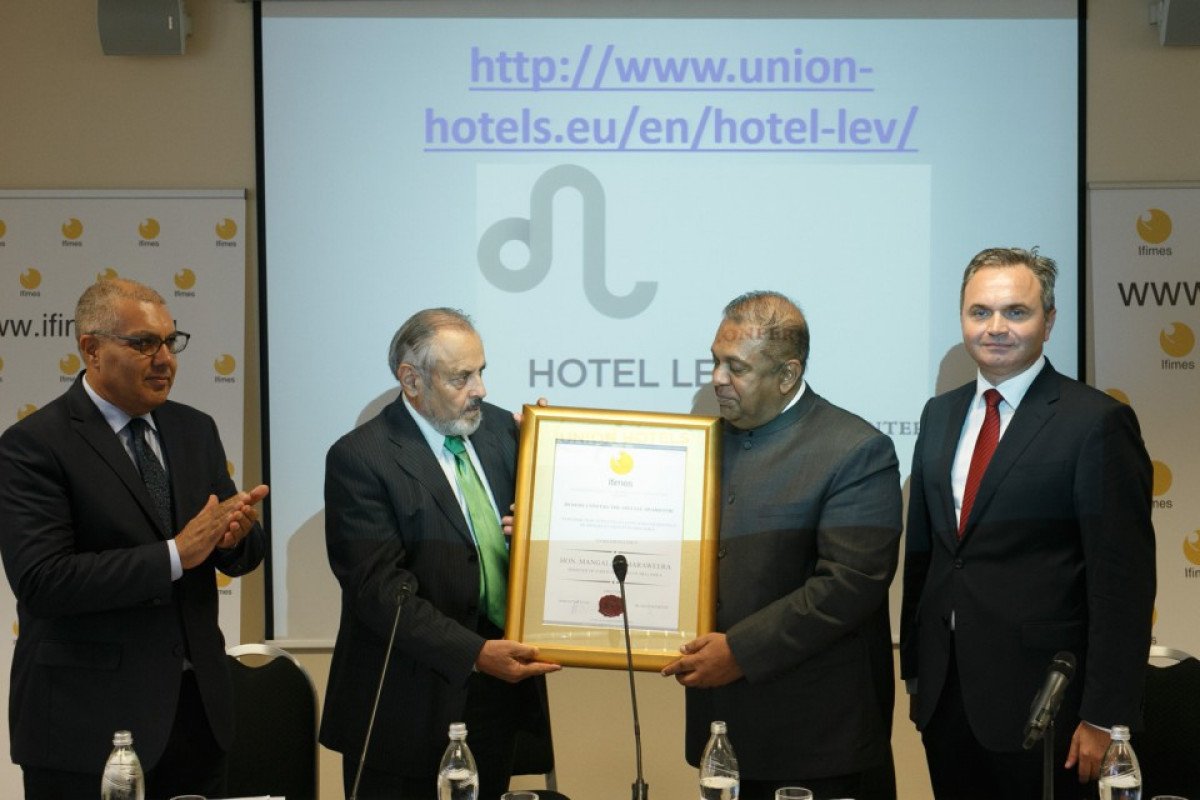 LJUBLJANA, 7 September 2016 - The International Institute for Middle-East and Balkan Studies (IFIMES) presented a high award for “specialcontribution to the reconciliation and coexisting of different groups in Sri Lanka” to H.E. Mangala Samaraweera, Minister of External Affairs of the Democratic Socialist Republic of Sri Lanka.

The awards was presented by the Vice-President of the IFIMES Advisory Board and former President of the Constitutional Court of the Republic of Slovenia Prof. Dr. Ernest Petrič. Dr. Petrič stressed Minister Samaraweera’s contribution to the reconciliation and coexisting of different groups in Sri Lanka and his efforts to establish stability and peace in the region. As a reputable politician and as a statesman and diplomat he has contributed to cooperation in the region and beyond. The IFIMES International Institute especially stressed Minister Samaraweera’s role in ending the almost 30-year-long armed conflict and his contribution to the development of Sri Lanka into a successful and equitable multiethnic, multicultural, multireligious and multilingual country.

Minister Samaraweera’s thanked for the award and delivered an extensive speech in which he presented the role Sri Lanka plays in regional and international relations, stressing that his country will continue its active role in promoting co-operation in the region as well as reconciliation and coexistence in Sri Lanka and the international community.

After the award ceremony minister Samaraweera had a lecture etitled »Democracy, Reconciliation and Development – Vision for a new Sri Lanka«. Besides the Institute's management the ceremony was attended by numerous personalities from the political, business and public life from Slovenia and the region. The discussion after the lecture of minister Smaraweera was moderated by Bakhatyar Aljaf, director of IFIMES.