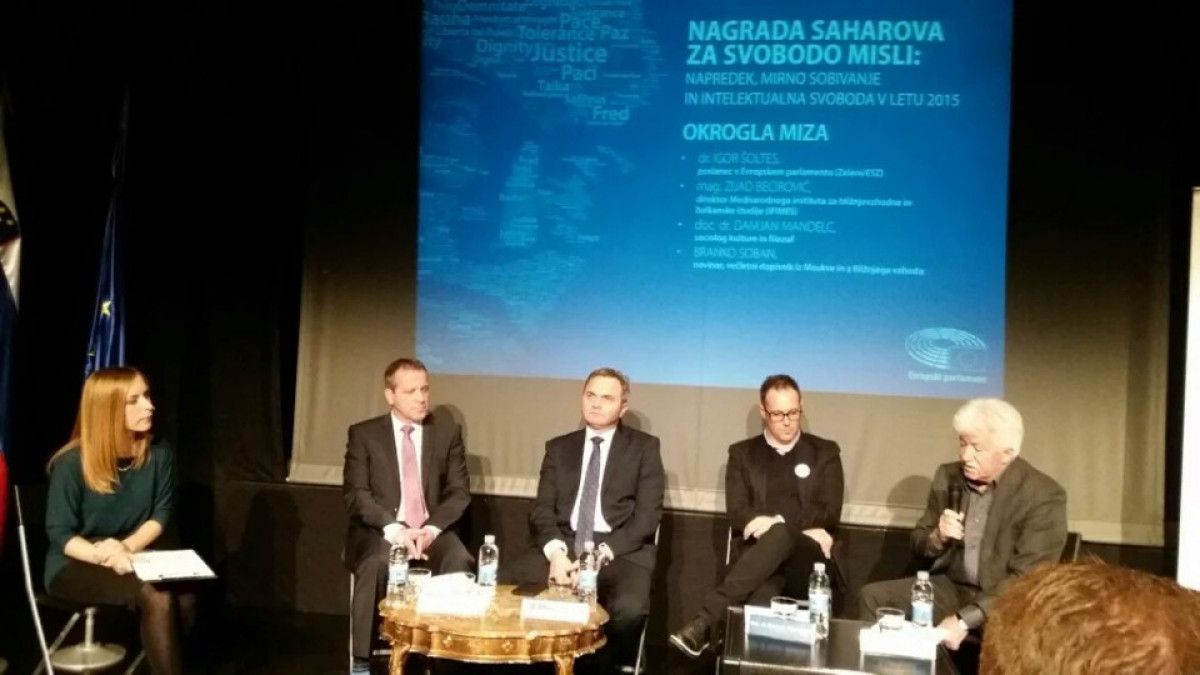 LJUBLJANA, December 11, 2015 – International Institute for Middle-East and Balkan Studies (IFIMES) Zijad Bećirović, attended a round table upon the invitation of the Office of the European Parliament in the Republic of Slovenia, which was held on Friday, 11 December 2015 at 18.00 in the Mini Theatre, Križevniška 1, Ljubljana.

The Sakharov Prize for 2015 was comemorated in Slovenia by a round table where freedom of expression, the disrespect of human rights and progress in the field of peaceful coexistence and intellectual freedom achieved in the last 50 years were discussed. During the discussion the contribution of the Sakharov Prize winners, especially this year's winner Raif Badawija from Saudi Arabia, was highlighted by the key-note speakers.

The speakers at the round table were:

- Zijad Bećirović, director of the International Institute for Middle-East and Balkan Studies (IFIMES);

- Dr. Damjan Mandelc, cultural sociologist and philosopher, lecturer from the fields of sociology of the nation and nationalism, globalization, sociology and sociology of European integration;

- Branko Soban, a longtime correspondent from Moscow and the Middle East, renowned journalist and reporter from the meetings of the Council of Europe;

The event was moderated by Maja Ratej.