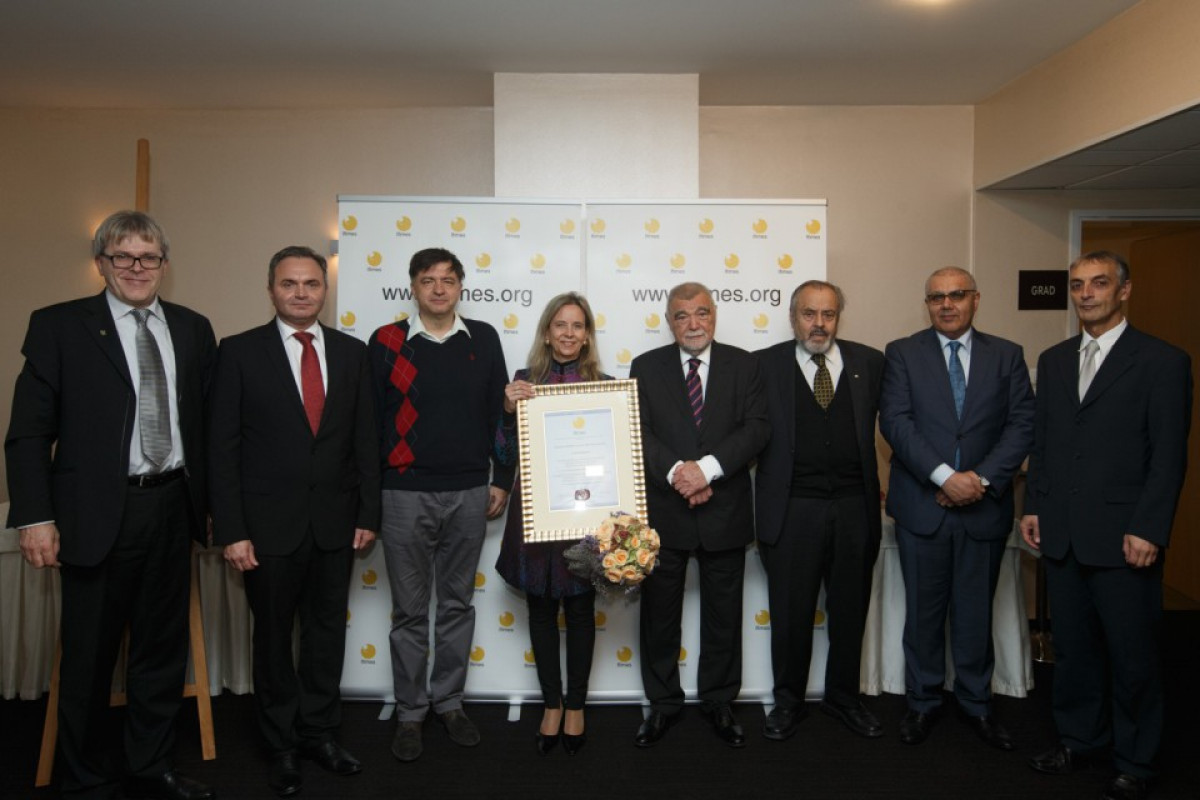 LJUBLJANA, November 28, 2016 – Her Imperial and Royal Highness Camilla Habsburg-Lothringen, Archduchess of Austria and Princess of Tuscany is the new Director appointed for Euro-Mediterranean Diplomacy and Intercultural Affairs at the International Institute for Middle-East and Balkan Studies (IFIMES).

At the official ceremony the promulgation document has been handed over to the new Director by the Institute’s Honorary President Stjepan Mesić (former President of Croatia), in the presence of the Vice-Chair of the Institute’s Advisory Board Prof. Dr. Ernest Petrič (former Constitutional Court President of Slovenia), and Institute’s Directors Bakhatyar Aljaf and Dr. Zijad Bećirović.

Upon the ceremony, the Institute’s Honorary President Mesić has expressed his great satisfaction of being part of such esteemed team. He emphasized his content that the Institute gets decisive support from a prominent personality such as Her Highness Habsburg-Lothringen. “Her reputation, experience and vigour will give a new impetus to IFIMES. We are all honoured, thrilled and pleased having Her with us.”

Vice-chair of the Institute’s Advisory Board, Prof. Petrič has pointed out importance of collaboration of different stake-holders in our decisive build-up of society for the new century. “In the world burdened with grave problems, but short of decisive and lasting actions, it would be hard to imagine better team member than Her Highness Habsburg-Lothringen. Once more, we are proud to have Her in the leadership of IFIMES.”

Closing this, Her Highness also voiced her own gratitude for this prestigious position in the only world institute that connects two fascinating regions, that of the Middle East and of the Balkans. Director Habsburg-Lothringen stressed importance of the unique civilizational circle, that of Euro-Mediterranean – “Euro-Med is the cradle of the Western civilization, today’s pivot, and modus vivendi of our common future”.

Her Highness sincerely hopes that her work with IFIMES in the field of diplomacy and intercultural affairs will strengthen, accelerate and diversify the Institute’s scope and range.

“Consciousness, grand visions and means to achieve them always necessitates wide coalition of both skilled and open-hearted individuals. Our recent past brought untold number of sufferings all over our continent. Names count, but numbers too.

Our past needs the truth, but not us locked there. It is high time to start living our tomorrow. Cross-continental and cross-generational, our future starts now.”

The official ceremony was attended by many officials from Slovenia and the Western Balkans.