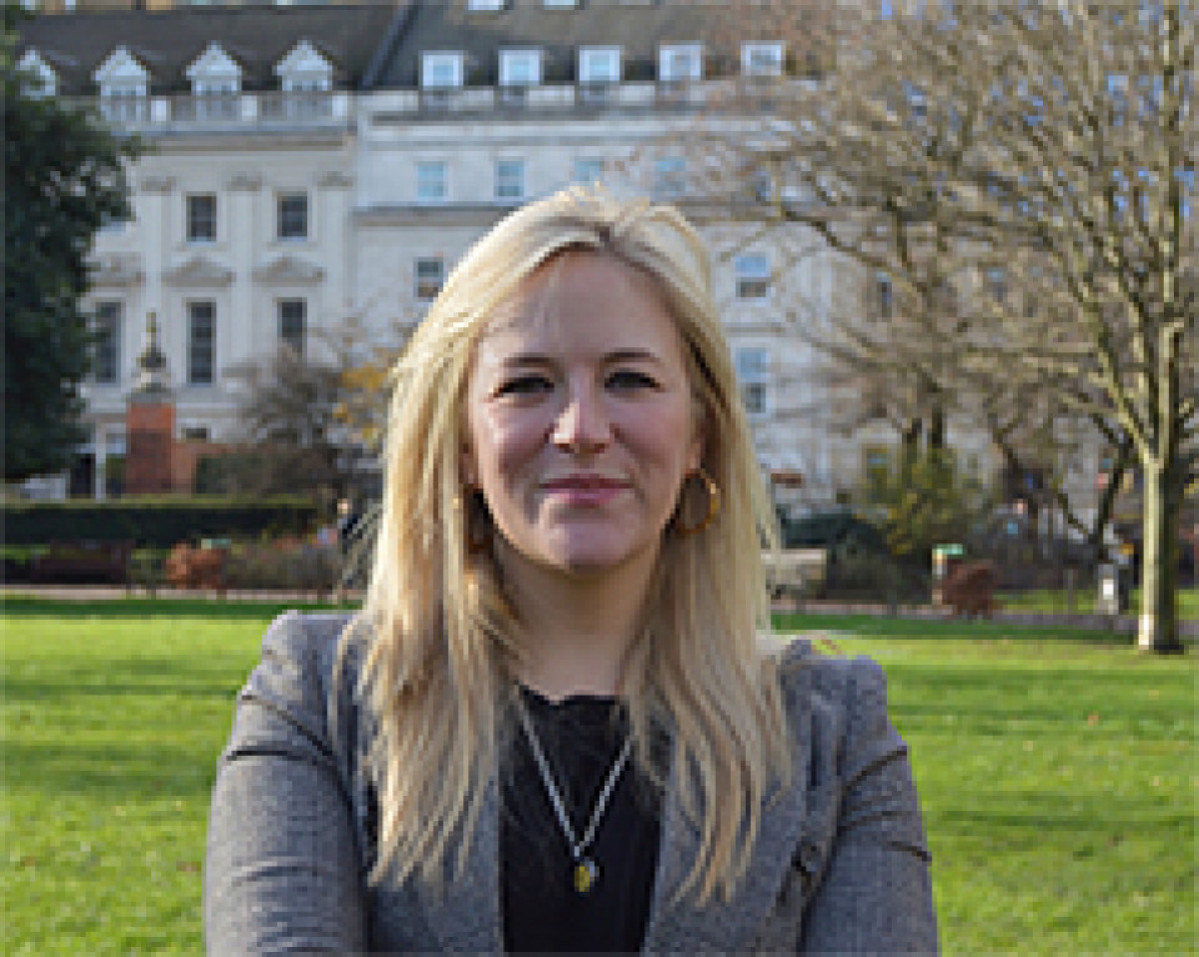 The latest scandal in the ongoing Gulf Cooperation Council (GCC) crisis revealed email leaks from Emirati Ambassador to the United States Yousif al-Otaiba about his country’s desire to host an embassy for the Taliban. The week prior to this revelation, Abu Dhabi’s ambassador to Washington publicly spoke about his suspicions of Qatar hosting the Taliban in an interview with Charlie Rose: “I don’t think it is a coincidence that inside Doha you have the Hamas leadership, you have a Taliban embassy, you have the Muslim Brotherhood leadership.” This latest rhetoric comes amidst a barrage of articles in the Emirati and Saudi press claiming to expose historical links between the Qatari government and the Muslim Brotherhood, despite the fact that all GCC states took in large numbers of Brotherhood sympathizers during the 1950s and 1960s, with several in powerful public positions into the late 1970s. In the face of increasingly polarized media output and official rhetoric, what is missing is an examination of (a) who has found refuge in Qatar and (b) the extent to which the Qatari leadership’s hosting of certain prominent personalities is based on ideological links.

Although the ideologue of the Egyptian Muslim Brotherhood, Sheikh Yusuf al-Qaradawi, is the best known and perhaps oldest political refugee inside Qatar (he left Gamal Abdel Nasser’s Muslim Brotherhood-hostile Egypt in 1961), several prominent non-Islamists have also settled there. Indeed, the wife of the late Iraqi Baathist President Saddam Hussein, Sajida Khairallah Talfah, as well as Hussein’s last foreign minister, Naji Sabri al-Hadithi, and Hussein’s longtime aide Arshad Yassin have all found refuge in Qatar, as has former Mauritanian President Maaouya Ould Sid Ahmed Taya, an authoritarian military ruler who angered his own country’s Islamists by pursuing ties with Israel. Controversial modernist Indian artist M.F. Husain also went into self-imposed exile in Qatar beginning in 2005 and was granted Qatari citizenship. Perhaps the most famous and politically connected of those non-Islamists finding refuge in Qatar is famed Arab nationalist, Palestinian Christian, and former Knesset member Azmi Bishara. He is known to be an influential advisor to Emir Tamim, in addition to serving as director of the Arab Center for Research and Policy Studies and Doha Institute for Graduate Studies.

In terms of Islamist figures who have found refuge in Qatar, they are by no means all linked to the Muslim Brotherhood, yet there is an increasing tendency to paint all Islamists with the wide brush of the Muslim Brotherhood label. Aside from al-Qaradawi, Hamas leader Khaled Meshaal is the best known, though Hamas has repeatedly, over the past year, sought to separate itself from the Muslim Brotherhood. Further, controversial preachers like Jamaican-born Canadian Bilal Philips and American Wagdy Ghoneim, Libyan cleric Ali al-Sallabi, and former Algerian Islamic Salvation Front (FIS) leader Abbasi Madani have also found refuge in Qatar. Exiled Chechen ex-president Zelimkhan Yandarbiyev did so too, though he was killed in a car bomb in Doha in 2004; he also seemed more linked to Salafism than to Muslim Brotherhood ideology.

Although these Islamist figures come from varying nationalities and strands of the faith, their presence is construed as evidence of the Qatari government’s sympathy toward the Muslim Brotherhood. Qatar’s attitude toward the Muslim Brotherhood specifically, and Islamists more generally, is certainly far friendlier than that of Saudi Arabia or the UAE, yet likely reflects an understanding of the local population’s preferences for conservative Islam, rather than ideological or institutional links with political leadership. Indeed, the government has not used the presence of such figures to impose Islamist policies inside Qatar, even though some of their conservative social programmes would likely hold popular appeal.

A recent Al-Monitor article took stock of several members of the Iraqi opposition living in Qatar, including Abbdul Hakim al-Saadi, brother of Abdul Malik al-Saadi, who is considered the most prominent Sunni cleric in Iraq; Tariq al-Hashemi, the former vice president whom Iraq convicted of terrorism, as well as others opposed to Iraq’s Shi’ite leadership. The report posits that the Qatari government has placed limits on oppositional activities that can take place inside the state. Nonetheless, the development of an Iraqi-Saudi coordination council to enhance strategic ties and Muqtada al-Sadr’s visit to the kingdom in late July may signal greater cooperation between the current Iraqi government and the anti-Qatar quartet, which could lead to heightened pressures on Qatar to expel members of the Iraqi opposition, though they are not Muslim Brotherhood-linked.

What current literature seems to overlook is the ability of the Qatari regime to host influential individuals not due to an ideological affinity, but simply because they are influential abroad. To the extent that this practice is a strategy, it has been in place for decades. In fact, Sheikh Khalifa bin Hamad Al Thani, himself a “progressive reformer” in support of Arab nationalism, who ruled from 1972-1995, developed a strong friendship with al-Qaradawi, who gave him religious instruction. Sheikh Khalifa, the same ruler who had ousted a Muslim Brotherhood-linked minister of education for an Arab nationalist, then, offered al-Qaradawi a Qatari passport. The fact that he insisted on al-Qaradawi’s continued presence in the Arabian emirate demonstrates the preacher’s appeal to Muslims who do not necessarily support the Ikhwan as an organization or even as an ideology. It also may have reflected Sheikh Khalifa’s understanding that naturalizing al-Qaradawi was politically expedient due to the preacher’s prominent position in the Muslim world.

Are some of these figures questionable? Yes. Are they part of a Qatar-led conspiracy to promote the Muslim Brotherhood to power? Definitely not. When looking at Qatar, it is important to take into account what exactly is intentional policy and what is the result of a desire to extend influence globally. There is no ideological link between the Qatari leadership and the Muslim Brotherhood any more than there is a link between the Al Thani family and the Baathist Saddam Hussain regime. Taking in political refugees is not evidence of ideological affinity, but rather of a desire to expand influence regionally and internationally and perhaps even import cultural figures in a state that is commonly (and often unfairly) criticized for lacking local culture. In fact, David Roberts chronicles in a 2014 Middle East Policy Council article that providing refuge to exiles is a part of Qatar’s founding vision. In fact, a founding member of the Al Thani family, Sheikh Jassim, wrote a poem dubbing Qatar ‘Kaaba lil-madiyoum’ or Kaaba of the dispossessed. For those in need of refuge, Qatar, which was under no consistent or effective rule until the twentieth century, provided an alternative. Since that time, Qatar has proactively invited in influential political and social figures from various ideological strands as a means of bolstering its position in the region’s primary ideological disputes.

Dr. Courtney Freer is an advisor at Gulf State Analytics and a Research Officer at the Kuwait Programme at the London School of Economics and Political Science. Her work focuses on the domestic politics of the Arab Gulf states with a particular focus on Islamism and tribalism.