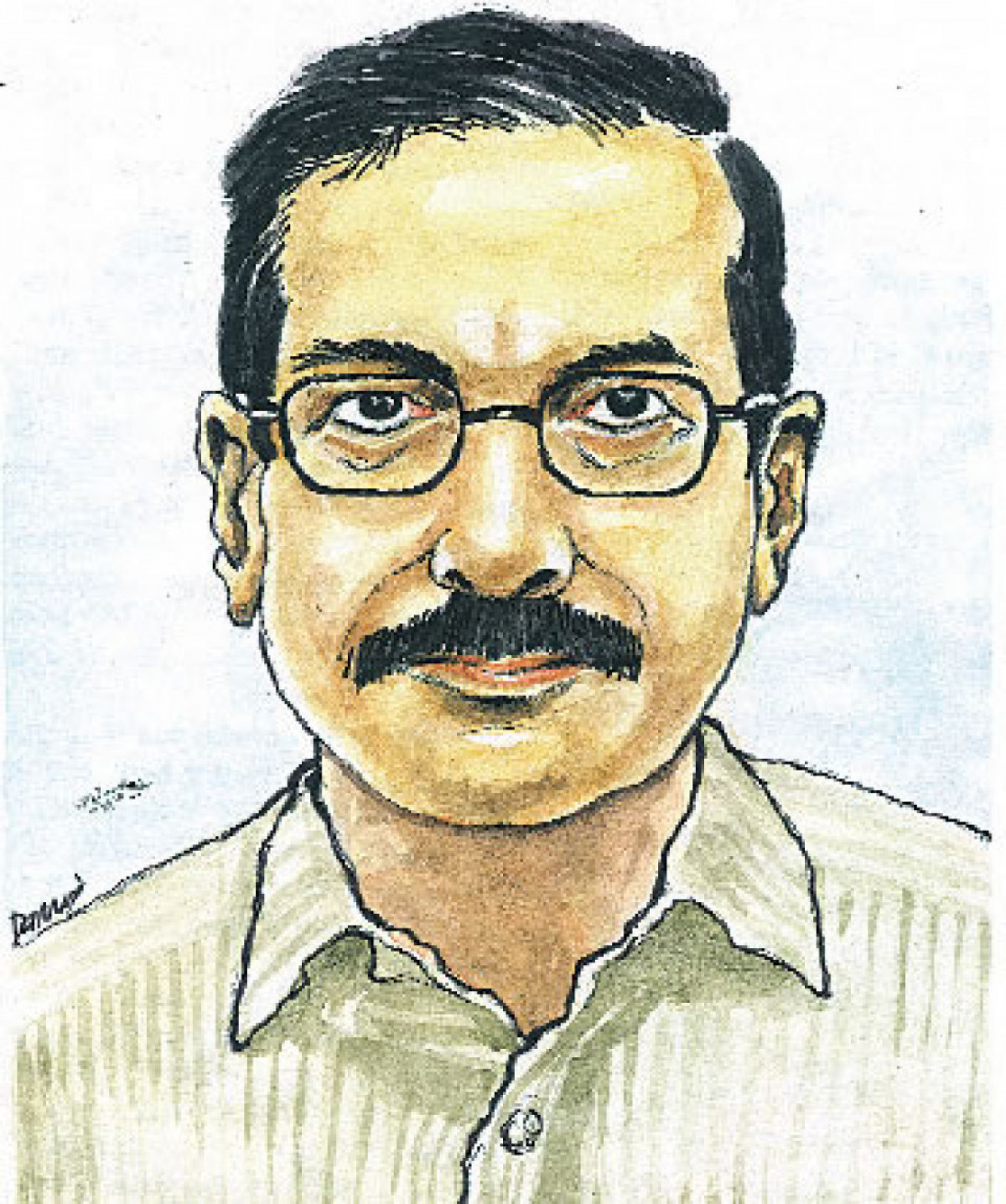 Morocco continues occupation of Western Sahara, in defiance of UN

ADDISA ABEBA: At the 28th Summit meeting of the African Union (AU) held in Addis Ababa, Ethiopia, on 30 January 2017, Morocco’s readmission to the continental body generated heated discussion. At the end of the day the Kingdom of Morocco managed to win over sufficient member states on its side and it was allowed to join the fold unconditionally.

Morocco left the Organization of African Unity (OAU), precursor to the AU, in 1984 after the OAU recognized the right to self-determination and independence for the people of the Western Sahara and admitted the Sahrawi Arab Democratic Republic (SADR) that was proclaimed in 1976 by the Sahrawi people’s Polisario Front.

It was in keeping with the OAU principle not to recognize the occupation of any part of the continent that it admitted the SADR to its membership. While SADR claimed sovereignty over the Western Sahara territory, Morocco saw it as an integral part of its own territory. Thus, rather than accept SADR’s independence, Morocco left the OAU.

Since then Morocco has refused to join the AU unless the organization withdraws the membership of SADR.

The Occupation of Western Sahara

The area of Western Sahara has been occupied by Morocco since 1976 when Spain pulled out and relinquished its claim as a colonial power over the territory. This former Spanish colony was then annexed by Morocco. Sahrawi people, who fought Spanish colonial oppression, were now forced to fight Moroccan occupation. They conducted resistance struggle under the leadership of Polisario Front until 1991 when the United Nations (UN) brokered a truce.

A UN-supervised referendum on independence of Western Sahara was promised in 1992 but it was aborted by Morocco. A UN peacekeeping mission that was to organize the referendum has remained in the territory ever since, while Morocco built a 2,700km-long sand wall, with landmines.

SADR, headed by the Polisario Front, has been recognized by the AU as the legitimate government in exile. For decades Morocco made futile attempts to delegitimize SADR and Polisario. Eventually it applied to rejoin AU without precondition.

AU member states argued that Morocco should not be readmitted unless it accepts the 1960 UN Declaration on the Granting of Independence to Colonial Countries and Peoples, which states that, “All peoples have the right to self-determination; and by virtue of that right they freely determine their political status.”

Morocco was also asked to accept unconditionally the OAU/AU African Charter on Human and Peoples’ Rights which provides that:

Nothing shall justify the domination of a people by another. All peoples shall have the unquestionable and inalienable right to self-determination. They shall freely determine their political status.

Thus, before readmission Morocco should have accepted all the 33 Articles of the Constitutive Act of the AU with Western Sahara as a founding member. Morocco should also accept the AU Act which recognizes African colonial boundaries, thus making its continued occupation of Western Sahara illegal.

All this was thrust aside and Morocco was readmitted to the AU when 39 out of the 54 African member states voted for Morocco. They tacitly endorsed the longstanding occupation of Western Sahara, while Morocco refuses to comply with the successive UN resolutions on the holding of a referendum on self-determination.

Western Sahara thus remains the continent’s last colonial outpost, occupied by another African state. It is an albatross on the African Union’s conscience, since it was a departure from its founding principles.

The notable US professor Stephen Zunes (a professor of politics and international studies at the University of San Francisco, the co-author (along with Jacob Mundy) of the illuminating book Western Sahara: War, Nationalism, and Conflict Irresolution (Syracuse University Press.), says:

“For those of us who have actually been to Western Sahara, there is no question that it is an occupation. Any verbal or visual expression of support for self-determination is savagely suppressed. Even calls for social and economic justice can be dangerous. The young sociologist Brahim Saika, a leader of a movement of unemployed Sahrawi professionals demanding greater economic justice, was tortured to death while in Moroccan detention in April 2016. Freedom House has ranked Western Sahara as among the dozen least free nations in the world, along with Tibet, Uzbekistan, North Korea, Saudi Arabia, and Sudan. Indeed, of the more than 70 countries I have visited -- including Iraq under Saddam Hussein and Indonesia under Suharto -- Western Sahara is the most repressive police state I have ever seen.”

Morocco’s readmission was reportedly influenced by Morocco’s King Mohammad’s affluence. This became evident when he demonstrated his largesse while touring the continent, lobbying for support from African heads.

It is said he will now bankroll the AU in line with what Libya’s Muammar Gaddafi used to do. The two are, of course, poles apart. Gaddafi, arguably, had a pan-Africanist and anti-imperialist vision, while the King aims at continued annexation of Western Sahara.

That is why prior to the AU vote the King embarked on a charm offensive by touring African countries, seeking support for his AU bid. In February 2014 he set off on a tour of Mali, Ivory Coast, Guinea and Gabon. This was his second regional trip in less than five months. He took with him a contingent of advisors and business executives who negotiated a pile of agreements covering practically everything – from religious training to agriculture and mining projects.

In December 2016, the King concluded the second leg of a nearly two-month, six-country Africa tour, resulting in some 50 bilateral agreements. The visits came on the heels of trips to Rwanda, Tanzania, and Senegal in October, when more than 40 bilateral agreements were signed.

This is how the monarch wound up his whirlwind tour of Africa prior to the AU Summit meeting in January 2017. For those who say the royal expeditions to African countries had altruistic motive, suffice it to quote his official who said:

Aside from west and central Africa we must open up to east Africa and that is what is under way. The context of Morocco’s return to the African Union is there too of course, and these are important countries in the AU.

The tour of east Africa “is also a way to get closer to countries which historically had positions which were hostile to Morocco’s interests,” said the Moroccan source.

In some circles it is argued that Morocco’s readmission was a ‘positive’ step in that, as full member of the AU, it will now have to recognize the independence and sovereignty of SADR. If that is so then the readmission should have been conditional.

In any case, Morocco has no intention to give in on its occupation. Its return to the union is intended to eventually push for the removal of Western Sahara out of the AU, thus silencing the voice of the Sahrawi people in connivance with ‘friendly’ member states.

Yet while the AU fails to stand by such principles, the kingdom of Morocco is under pressure in the international diplomatic arena where Polisario is gaining global support. In fact, on 21 December 2016, a few days before the Addis Ababa Summit, the European Court of Justice (ECJ) dismissed Morocco’s claim to Western Sahara. The ruling means the European Union’s trade deals with Morocco do not apply to the occupied territory of Western Sahara which is endowed with its fish stocks, mineral deposits, agricultural produce and oil reserves.

The UN and the European Union

The ECJ ruled that Western Sahara cannot be treated as a part of Morocco, meaning no EU-Morocco trade deals can apply to the territory. The ruling confirms the long-established legal status of Western Sahara as a non-self-governing territory, and upholds existing international law. The EU member states and institutions have been asked to comply with the ruling and immediately cease all agreements, funding and projects reinforcing Morocco’s illegal occupation of Western Sahara.

The Court also ruled that a trade deal between the EU and Morocco should be scrapped because it included products from Western Sahara. Morocco had to accept that any free trade deal would have to exclude Western Sahara. This includes the fruits and vegetables grown by companies such as Les Domaines Agricoles, which is partly owned by King Mohammed VI.

On top of this there have been more than 100 UN resolutions calling for self-determination for the Western Sahara. In March 2016, the then UN Secretary General Ban Ki-moon described the situation in Western Sahara as an “occupation.” The UN, however, has to go beyond rhetoric by enforcing its resolutions. It formally recognizes the occupation of Western Sahara as illegal, and has maintained a peacekeeping mission (MINURSO) commissioned to hold a referendum in Sahara since 1991. But it has a skeleton staff, with no mandate to even monitor human rights abuses, thanks to France’s Security Council veto.

And so the French oil company Total is active in Western Sahara, while others have pulled out. Also big investors such as the Norwegian government’s pension fund avoid any deals which involve Western Sahara. And the EFTA free trade association, a group of non-EU countries including Norway, Switzerland, Iceland and Liechtenstein, excludes Western Sahara goods from its free trade deal with Morocco.

Morocco’s return to the AU is an affront not only to the people of Western Sahara but to African people, for Morocco is a country that once refused to host the African Cup of Nations on flimsy grounds that Moroccans would be infected by African teams bringing in Ebola virus.

Some African heads claim that the admission of Morocco will now resolve the question of Western Sahara’s occupation. Such argument is always pushed with some foreign machination. In fact Morocco is now emboldened. That is why those who voted for readmission of Morocco should have demanded an end to the illegal occupation as a precondition.

That did not happen at the AU Summit meeting in Addis Ababa. Instead we see the AU blatantly violating its own Constitutive Act, and the principle for African countries to respect each other’s territorial boundaries.

We witness a violation of both the AU and the UN declarations on the inalienable right of the people of Western Sahara to independence and self-determination.

Meanwhile, hundreds of thousands of Sahrawi people are disenfranchized. It is estimated that up to 200,000 have fled to refugee camps in the neighbouring Algeria and Mauritania. They are separated by a 2,700km-long wall going through Western Sahara, surrounded by landmines.

Nizar Visram is a Ottawa-based free-lance writer from Zanzibar, Tanzania. Recently retired Senior lecturer on Development studies, he extensively publishes in over 50 countries on 4 continents. 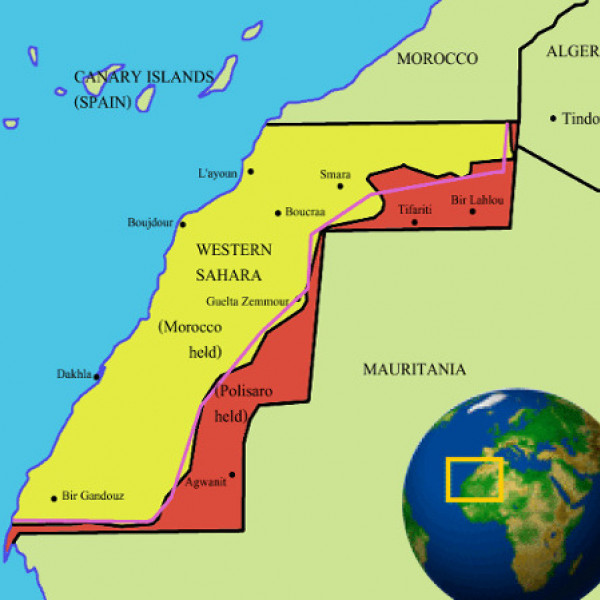