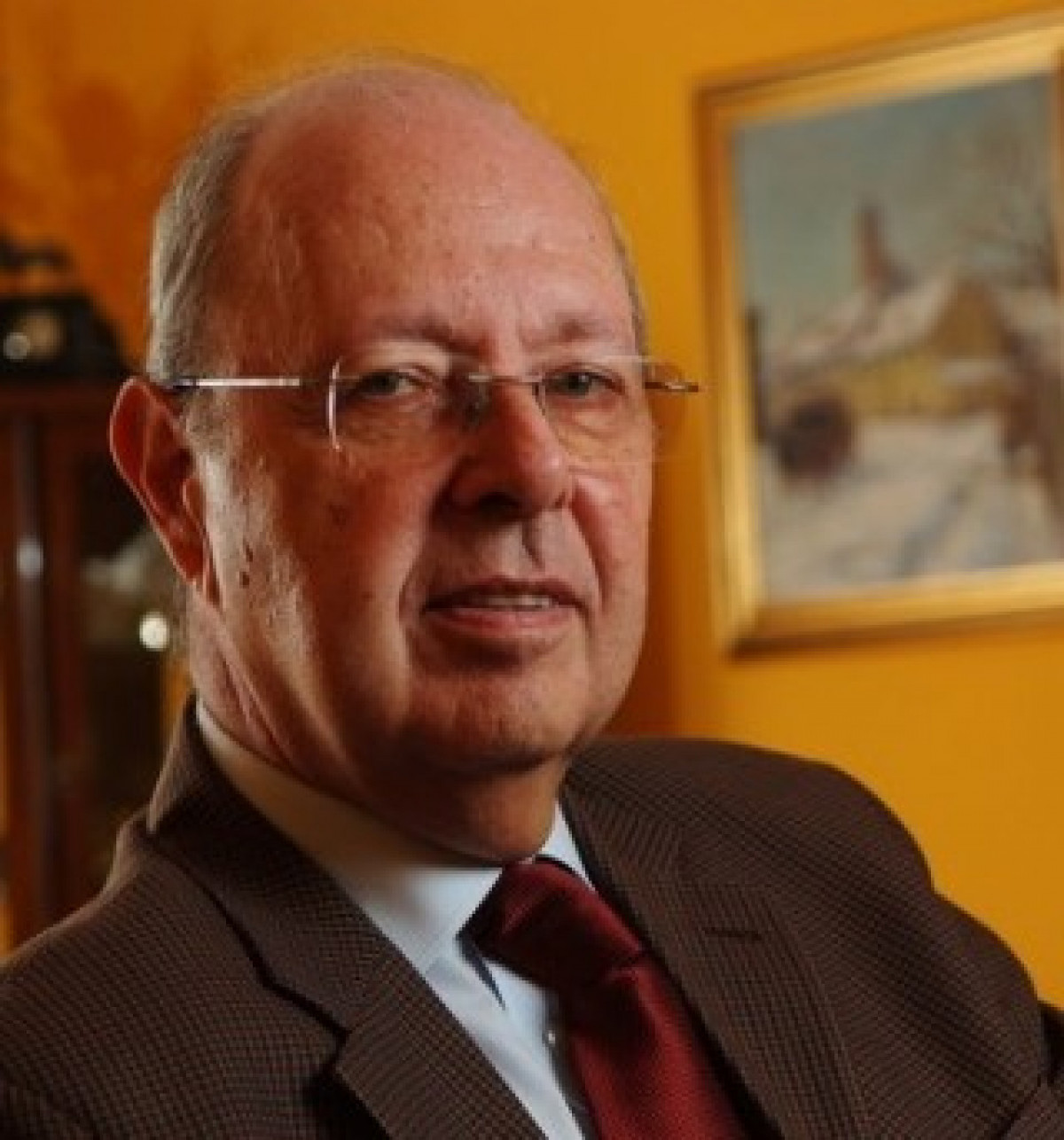 The empire strikes back

The empire strikes back

When a month ago Donald John Trump took over as President of the USA, there were – not many though – reasonable, cold analysts who, basing on his pre-election statements, predicted that a man who is going to wage war against the establishment (the empire) is entering a conflict with a very uncertain result. Some of them even did not hesitate to say that Trump is bound to lose this battle. Judging by what is happening now, those who spoke about a war with uncertain result were completely right and those who predicted Trump’s defeat might be right. We will see in a not very distant future.

Trump’s throne – if one can say so – was seriously shaken the moment when one of his closest associates, national security advisor general Michael Flynn, was forced to resign. And, let us not be misguided, not because he was “insincere” with vice-president Pence, but because he dared to contact, how horrific, the ambassador of Russia before the elections and – allegedly – spoke with him about the possibility of abandoning sanctions against his country. And when, immediately after that, White House spokesman said that Russia is expected to return the Crimea peninsula to Ukraine, there was no doubt whatsoever if Trump will be able to fulfill what he promised in the election campaign. With those promises, the key ones, he managed – despite his lack of political experience, despite his sexism and despite his entertainment past – to arouse the hopes of all those in the world who were fed up with the American policy of interventionism and with imposing of what has been “sold” for decades as democracy, with massive help of an enormous army and more that 700 military bases around the world. Just to remind you: Trump explicitly promised that America will stop with imposing regimes, or as he put it in his inaugural address – the American way of life. And, very important, he expressed his willingness to normalize the relations with Russia, which were deteriorating rapidly and dangerously. General Flynn backed such a policy. And that is the reason why he had to go. His resignation is the first serious blow delivered by the system (establishment) against the new man in the White House. After getting rid of Flynn, influential circles not only in the Democratic party (including the Clinton clan), but in the Republican party too (which never really got to terms first with his nomination as presidential candidate and after that with him as the President), as well as those who are often described as the invisible centres of influence, directing the politicians as actors on the stage, they all “smelled blood”. And this is not a conspiracy theory, this is something quite obvious to everybody who is willing to see, to hear and to draw the only possible conclusions from what he (or she) saw or heard, without becoming the victim or the hostage of anybody’s propaganda, regardless whose. Do not be mistaken: those who smelled blood will not stop.

And who is, after all, this general Michael Flynn? He is former chief of the US military intelligence, most decorated high ranking American officer on this position in the last two decades. From this position he was relieved when he dared to put into question the way the US intelligence community worked and its results (the very same intelligence community which spies for years now whomever it wants, around the globe, including heads of states, American allies; this is, by the way a proven fact!). Did he speak with the Russian ambassador prior to the elections? Yes, he did. Did he, by doing so, violate an old act (Logan act) which forbids, to put it in the most simple terms, private persons to engage in diplomatic activities? Again: yes, he did. But, did anybody invoke this same act when some 8 or 9 years ago a certain Barack Obama, at that time just a presidential candidate (a private person too) travelled around the world meeting heads of states and governments? The answer is: no! Had Flynn have spoken with ambassadors of, let us say, Germany or France, nobody would have said a word. But he sinned, because he spoke with the Russian ambassador and Russia is, as everybody “knows”, an enemy of the West, an enemy of democracy, a power which is on the verge of sending its armed forces to conquer Europe (if one would believe the main-stream media, or for that matter, the Secretary-general of NATO, Jens Stoltenberg).

On the tracks of the anti-Russian hysteria, which becomes more and more present for almost a year, Flynn was accused, without any evidence, that for him “Putin comes first and only than the US”. Demands are being made, imperatively, to investigate all links between the general and Russia. And all this only to be able to repeat the “old song” from the US election campaign: Russia’s role in the US presidential elections should be investigated (although this role was never proved by solid evidence, or what the Americans call “the smoking gun”, it was only talked about). And all of this to repeat that Trump is a puppet in Russian hands, backed now with the “expertise” of more than 30 “shrinks” who have concluded, on the basis of Trump’s behavior and his statements that he is not fit to be the President of the US.

And again: the story will not stop here. The empire (establishment) strikes back and hits a man who thought, because he practically alone, against all odds, won the presidential elections, that he can change the system. It is more than likely that he cannot. The war hero, CIC of the Normandy invasion and later US President, Dwight D. Eisenhower, was clever (or wise) enough to mention the military-industrial complex and its dangerous role only at the end of his term in office. Trump who cannot be compared with legendary Ike in any way,  did practically the same thing in the first days of his mandate, challenging this system. And sealed, thus, his destiny – as it seems now. He will be, with the “logistic help” of the Europeans who are already describing him as somebody able to launch in the next two years “a cultural revolution” (allusion to communist China and Mao Ce Tung) either be chased out of the White House (under any pretext), or he will be forced to become a tool in the hands of others. After all, one should remember Obama and his big promises with which he won the Peace Nobel price (hand stretched to the Muslim countries, a world without nuclear weapons etc.) He did nothing of that sort, but continued the policy of his predecessors, becoming “famous” because of his bombings of a number of countries and destabilizing the Middle East, not to mention the direct and indirect support to those who are today known as Islamist (djihadist) terrorists. In short: he allowed to be “eaten” by the system. And this is the least that could happen to Trump.

Why did this “deconstruction” of Trump begun with general Flynn? The answer is simple. Because the general backed the normalization of the relations with Russia, even more he backed the cooperation with Russia in the fight against global terrorism, which means stopping any support and help for the Islamists, who are still called by many in the West “opposition”, “armed opposition”, or “fighters against tyranny and for freedom”. The military-industrial complex lives from wars and it imposed on the West the confrontation with Russia, the policy of enlarging and strengthening of the NATO (which, being a genuine relict of the cold war, was called by Trump “obsolete”), the policy which resulted in bringing to Europe hundreds of American tanks and thousands of troops.

To put it quite simply: without the confrontation with Russia, without the continuation of the policy of imposing regimes and taking control over energy sources and main energy routes, there is no money, there is no profit. This is the reason why those who evaluated the fall of socialism in Europe as their final victory, only to see how Putin is putting into question this victory (namely standing up against a unipolar world), after absorbing the shock of Trump’s victory and his announced foreign policy, decided to take things into their hands again. Thus we may expect strengthening of anti-Russian sentiments (allegations of Russian meddling into elections, never proven though, are being repeated again and again, now prior to the presidential elections in France). We may expect a changed rhetoric both from President Trump and from the White house. And we should stop hoping for the end of the renewed cold war. This war means profit and those who are making this profit are not prepared to let anybody else to take it from them, or to stop them making it at all; despite the fact that it is a bloody profit, “earned” at the cost to hundreds of thousands of human lives. General Michale Flynn made this experience. President Trump, this is what can be concluded now, has still to learn the lesson.

And the “rest of the world”? Well, those who survive, will tell the story.

(Author, born 1943. in Zagreb, is a Croatian journalist – TV and press - specialized in covering foreign policy. He served as foreign policy advisor to the second President of the Republic of Croatia, Mr. Stjepan Mesic) 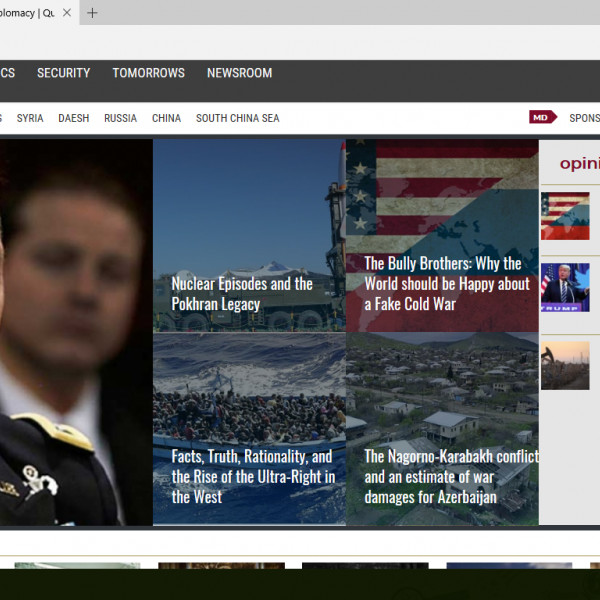