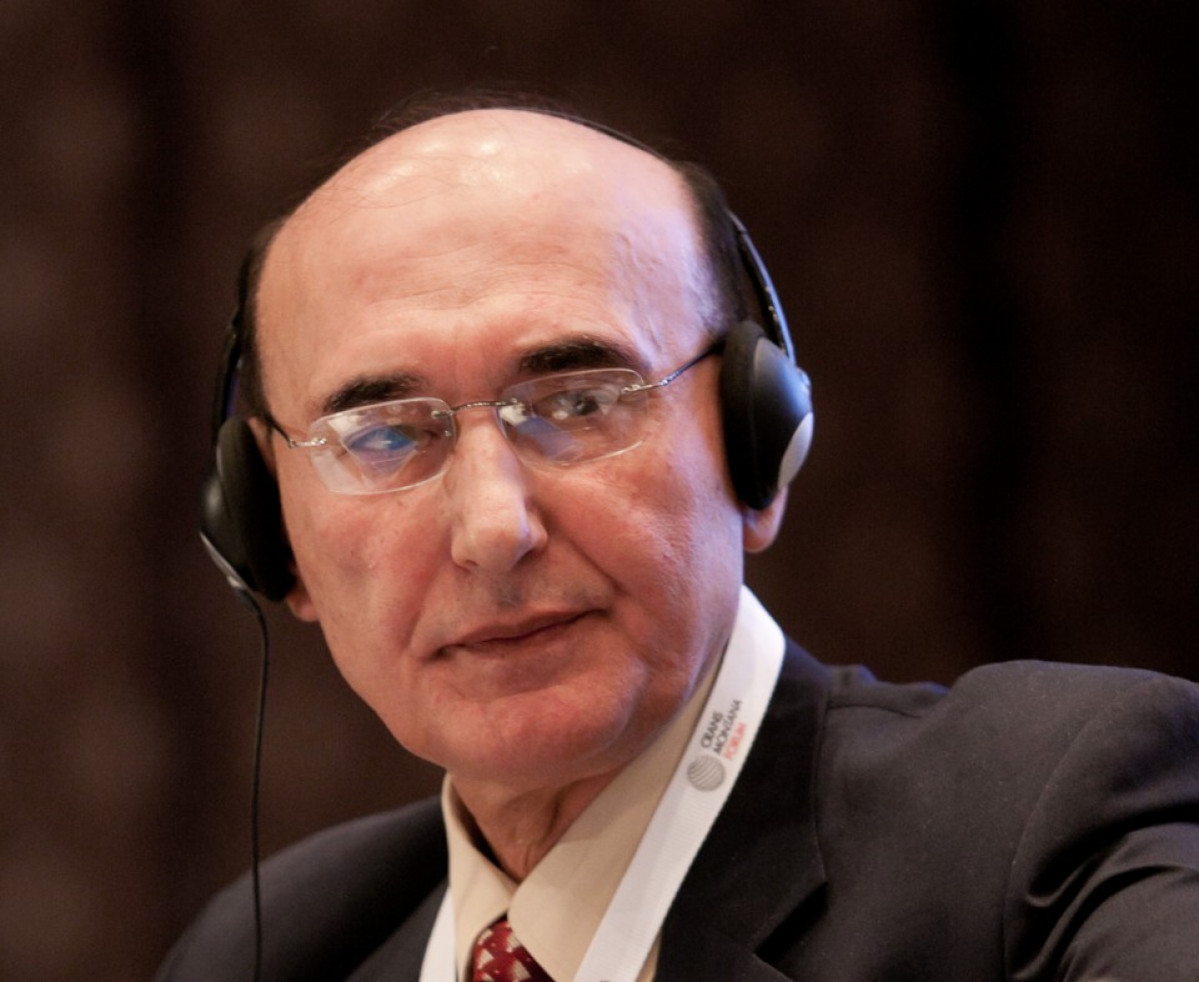 NATO Wraps Up its Flag from Afghanistan

The International Institute for Middle-East and Balkan Studies (IFIMES) in Ljubljana, Slovenia, regularly analyses events in the Middle East and the Balkans. BrigGen (Ret) Muhammad Aslam Khan Niazi, PhD, (Pakistan), member of the IFIMES International Institute, has analysed the end of the NATO mission in Afghanistan. His article entitled “NATO Wraps Up its Flag from Afghanistan” you can find in the attachment below.

NATO Wraps Up its Flag from Afghanistan

History is a fine mirror, particularly among the war opponents where ‘cognitive dissonance’ plagued them deep all along. Thirteen years ago, US pre-attack psy-warfare effort depicted a shirtless herculean-looking American GI, kneeling and wielding his knife as if US was about to mow down their opponents in a blow. Taliban along with Al-Qaida were dancing to celebrate, on seeing another prey rushing for the trap called Afghanistan on the heels of the Soviets. No one in US DoD bothered to take cue from history that remains kind to Afghans when they are ready to spill their own as well as others blood. Time scale means nothing to them.

About 150 years ago, British Army supported by native forces in the Indian sub-continent invaded Afghanistan. Several battles during First and Second Afghan War, won and lost by both sides, made it absolutely clear that Afghans, fanatically loyal to their soil, could not be ruled by the alien forces. At one point of time, General Robert, recommending swift withdrawal, wrote to the Viceroy of India, less they (Afghans) see of us, the better, even though he had won the battle near Kabul. That was an era of extensive colonization when European major powers were competing to secure maximum territories in Asia, Africa and South America. It inspired Lenin to compile a table, proving that the European powers’ wealth was directly proportionate to the volume of territorial expansion overseas. He even proved that their number of banks could be accommodated in the same thumb rule. Britain was certainly a Super Power, embroiled in a conflict on the western borders of its Indian Empire. The people who stuck out to challenge its might were again Afghans.

The British Empire finally chose to stay put at the line which later became known as Durand Line (named after Sir Mortimer Durand), now separating Pakistan and Afghanistan. In the Great Game of 19th and 20th Century, Czarist Russia was rushing south through Central Asia but opted to halt at present Afghan northern borders by 1885. Some critics resented royal reluctance of Great Britain to advance West and North West to face Russia along River Oxus and termed it as its ‘masterly inactivity.’ Why US war wizard could not see the futility of their Afghan war? They did inflict heavy losses on Al-Qaeda in Afghanistan and sweeping victory over conventional Taliban forces structure during Phase-1, the opening assault on Kandahar but for the remaining period, Taliban insurgency could not be flushed out even by employing massive technologically superior forces, touching a peak of 140,000 troops (International Security Assistance Force: ISAF) of which US had the major share. Some see even Al-Qaeda’s thinning out from Afghanistan as their superior strategic orientation to reappear in Middle East (Iraq in particular), where US reversals were obvious, to banish its forces from Iraq. Discovering that attack on Iraq could not achieve its objective of reconstructing Iraq, US had second thought and announced ‘mission accomplished’.

While the US public remained highly sceptic of US claims, the media did give it a breather by portraying a very lucrative forces’ diversionary destination to be pivoted in Asia-Pacific. Encapsulated within the same design, a charming slogan branded as ‘Afghan Surge’ emerged which in fact amounted to reinforcing a failure that the strategists always warn against to be lured in to this option ever on the battlefield. The entire maneuver was aimed at quelling the domestic criticism about failure in Iraq and managing damage control of the myth of US military might invincibility. Close to withdrawal from Iraq, some labelled it retreat, even George W. Bush acknowledged Iraq mistake, not mentioning some loud and similar comments made by US military commanders.

When US winds up its mission from Afghanistan along with NATO allies, there are rival claims to victory from each side. If one grants victory to US/ISAF, one needs to focus at the flag lowering ceremony when the onus of responsibility to defend Afghanistan has been  shifted to Afghan Army with US residual force of around 10,000 staying in Southern Afghanistan for ‘Resolute Support’. For any power of significance, it is natural to defend retreat that Taliban have claimed to force on ISAF. The impact of left-behind ISAF force in Afghanistan is destined to dilution when simple arithmetic is made the basis of vetting its efficacy. Note that if 140,000 troops could not flush Taliban, how a fourteen times smaller force would keep Afghan Army energized to restore peace in Afghanistan. As expected, Taliban attacks when ISAF forces were thinning out, in the final phase within last three months have become more frequent and deadlier. Ben Tufft of ‘The Independent’ reported, “The ceremony held to mark the end of the NATO mission in Afghanistan was held in secret due to bomb threats, prompting critics to question whether the allies’ objectives in the country have been met.” One sees another small dance party among Taliban who would swoop on the left-behind garrison, making their logistics a critical issue. The force is likely to remain virtually bound to the heavily defended parameters of the garrison and yet face causalities.

The kind of odds that John Kerry negotiated to let a system of governance emerge in Afghanistan in the wake of questionable general elections was remarkable but the sooner he left, Afghanistan remained vulnerable to two leaders’, Ashraf Ghani and Abdullah Abdullah, wrangling for greater influence. As the Afghan society is fiercely divided on the ethnic basis, it is likely that the power brokering intensifies when both would muster their ethnic supporters in the field as show of muscles. In other words, ‘Pukhtoons’ and ‘Tajiks’ standoff would be imminent while Taliban would hammer both. There is a bleak but possible scenario that President Ashraf Ghani, because of his ‘Pukhtoon’ antecedent manages to bring Taliban to the dialogue table and interestingly that hypothesis is the only hope for any recovery in Afghanistan.

US, Allies and their public would sound far removed from the reality if they stick to their state of denial by refusing to accept that victory has remained elusive, costing them trillions of dollar and thousands of young soldiers. Similarly Taliban claim to victory would also sound absurd even though they sacrificed seven times more of their militants.  Had the terrain advantage and civil population shield not been available to them, they would have been massacred by the superior ISAF forces. If on Taliban side, achieving victory over NATO forces was beyond their prowess because of incompatible military potentials; their opponents were bound by their own publics’ opinion and war ethics to fight Taliban with surgical precision, once in a while violation notwithstanding. Therefore such conflicts, like the conventional wars, cannot be measured with ultimate clear yardstick called ‘victory.’ At best, NATO can boast to have introduced reforms in a manner that have diluted wide spread Taliban’s war making appeal to Afghan masses to some extent. Hubertus Hoffmann sounds over-optimistic, maintaining, “For me the glass is about three quarters full. The Taliban lack the support of the people; have no viable vision for the future of the country. More bombs drive just the people away from them. The Afghan Army and police are fighting considerably well.”

On the other hand, Taliban can claim to have proved hard nuts for ISAF forces by resisting superior forces and surviving through conduct of shrewd guerrilla warfare. When ‘victory’ slogan appears as misnomer, one hopes that the two sides would pay heed to what Benjamin Franklin had said long ago, “The things that hurt, instruct.” World now expects the native parties in Afghanistan also to have mercy and cobble up effective governance for the emancipation of their future generations.

* Dr Muhammad Aslam Khan is a retired Brig Gen from Pakistan Army, served 32 years. A veteran of ‘1971 Indo-Pak War’ has been instructor in officers’ Pakistan Military Academy, commanded Divisional as well as Corps Artillery. Holds first class Master’s degree in International Relations and PhD degree, acquired in 2002-2007 from University of Peshawar, Pakistan. Authored a book, writes frequently in national and international media. Has attended several seminars and conferences within the country and abroad on invitation. Travelled to Switzerland (twice), UK, US, UAE, Kingdom of Saudi Arabia, Germany (twice). Cambodia and Thailand. Email: dr.makni49@yahoo.com