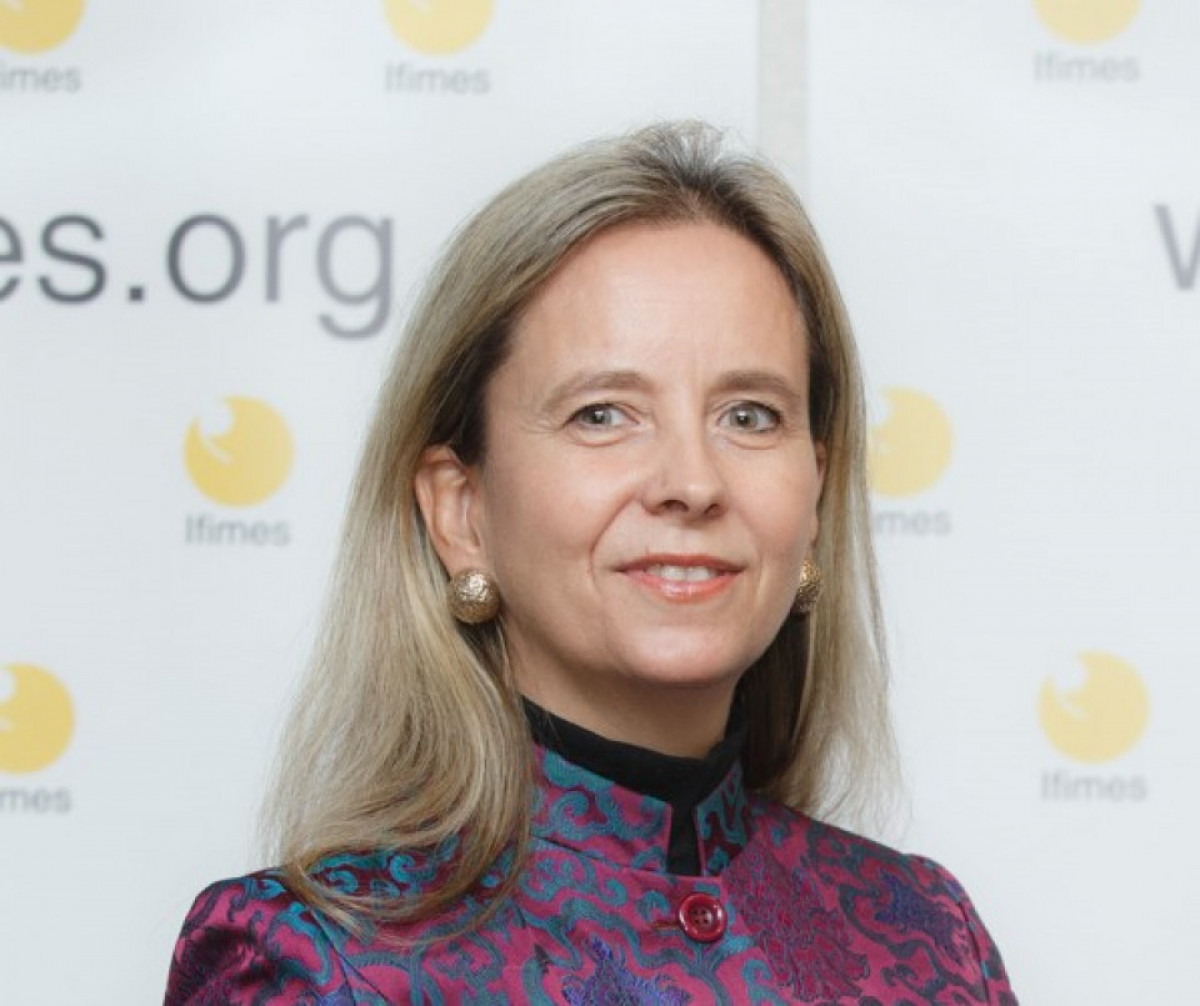 Interview with Camilla Habsburg-Lothringen: Culture as a binding factor in our society

Culture as a binding factor in our society

We need culture to know where we came from, says her Imperial and Royal Highness Archduchess of Austria and Princess of Tuscany Camilla Habsburg-Lothringen. “In a time where society is complaining, is frustrated and not making the best of what we have, there we need culture. The cultural field enables us to build up dialogues better and faster than administrations can.” Contributing to a better world, that is why the descendant of the Habsburg house which leads back to Holy Roman Emperor Francis I and Empress Maria Therese of Austria, chose the cultural field over a more political career.

This year we celebrate the 300th anniversary of Empress Maria Theresias birth. She was bright and very advanced for her time. Great policy such as the obligation to go to school, the vaccination against chicken pox, the opening of the stock market and the founding of the academy for diplomats was one of the many actions implemented by her. Her strong character and personality as a ruler, wife and mother impresses me strongly

It is a big responsibility to carry this name, it will always be imprinted on me. As it is not easy to fullfill all peoples expectations but I try to be true to myself, not to loose my focus and keep remembering my history, where I come from

Do you consider this responsibility to be political?

No, there is no role for me in politics. The time to get involved is very limited. First you have to get elected, and during the mandate you try to do as much as you can – let’s hope so- and then the electorate either replaces or re-elects you. All this makes it difficult to make real changes not mentioning the opponent parties that block every suggestions even if they are good ones

Politicians mostly take responsibility over a certain period. This is understandable because they  receive legitimacy over a certain time. But the downside is that many do not understand the responsibility for future consequences of their actions. Monarchies, nobility and family run companies they all have to make carefull decisions as these leave an impact and imprint on the future of generations and the empires or business. Politicians should learn from this and vow to take consequences for the effects of their actions in the future.

Besides that I feel that real change should be realised via initiatives.

Do you feel that we need change?

I am pretty thankful to live in a peaceful country with a strong stability like in Austria. But it worries me that people don’t recognize that. In the last years nearly all over Europe I observe the encrease of a complaining and unsatisfied society that is questioning everything. Also greed and materalism has become very dominant in our times and this leads to a feeling of emptiness. And so its understandable that people become very scared and receptive to any kind of manipulative information that theats this artificial way of life

In our times there is a strong destabilizing fear for the future and other cultures. The result is a lack of focus and investments. Constant worrying will lead us nowhere and won’t enable us to build a strong future. That is something we need to change.

I would say that there is a need for respect. Respect is much stronger than tolerance. The population is growing fast, everybody is getting closer, and more people will live in our countries. Just tolerating others will not be sufficient, we need to respect each other and other cultures and learn from them

Do you see any role for yourself in this?

I have a background in PR and advertising, besides that I am also very active in the field of networking. But most important for me are values: the stability of a society and passing on of ideas and sending impulses. I was never involved in representing companies, firms, but always more looking into the direction of a so called atmospheric PR if you understand what I mean. That is a kind of seismographic feeling towards our environment and our global thinking and acting. Searching for solutions, to get together those people who feel and think in a similar way and then move things into action.

Do you consider that to be diplomacy?

Yes. Diplomacy has a very important stabilizing function in this world. I prefer the cultural field because it is neutral and makes it easier to bind people and nations on a diplomatic base. A few months ago I became Director Euro-Mediterranean Diplomacy and Intercultural Affairs at the International Institute for Middle-East and Balkan Studies (IFIMES). In this function I would like to connect the Euro-Mediterranean and Balkan regions and give a voice to those without one. For me that is one of the important aspects of diplomacy.

Do you feel that the European Union contributes to a better world?

The European project -the European Union, brought prosperity and peace to the continent. But now they are getting lost in a big contruction of burocracy and regulations like on what kind of energy saving light bulbs we are allowed to buy. There are too many paragraphs blocking any fast action. I find this a waste of energy, time and money. There is a real need for solutions for the bigger problems, like immigration for instance. The European Union should focus on the bigger political issues and on the cultural field

The near future might be challenging, but we need to keep the dialogue going, because together we can tackle every crisis. 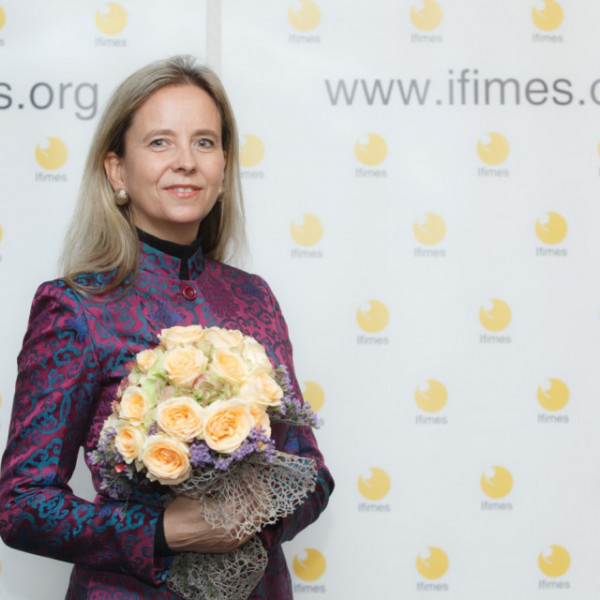 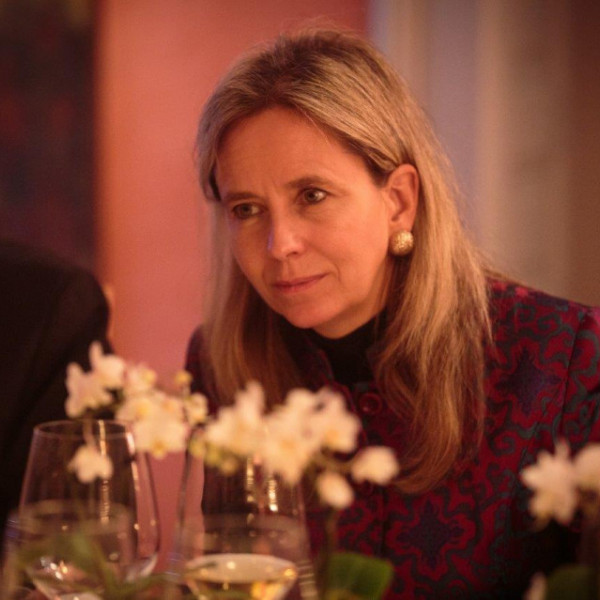