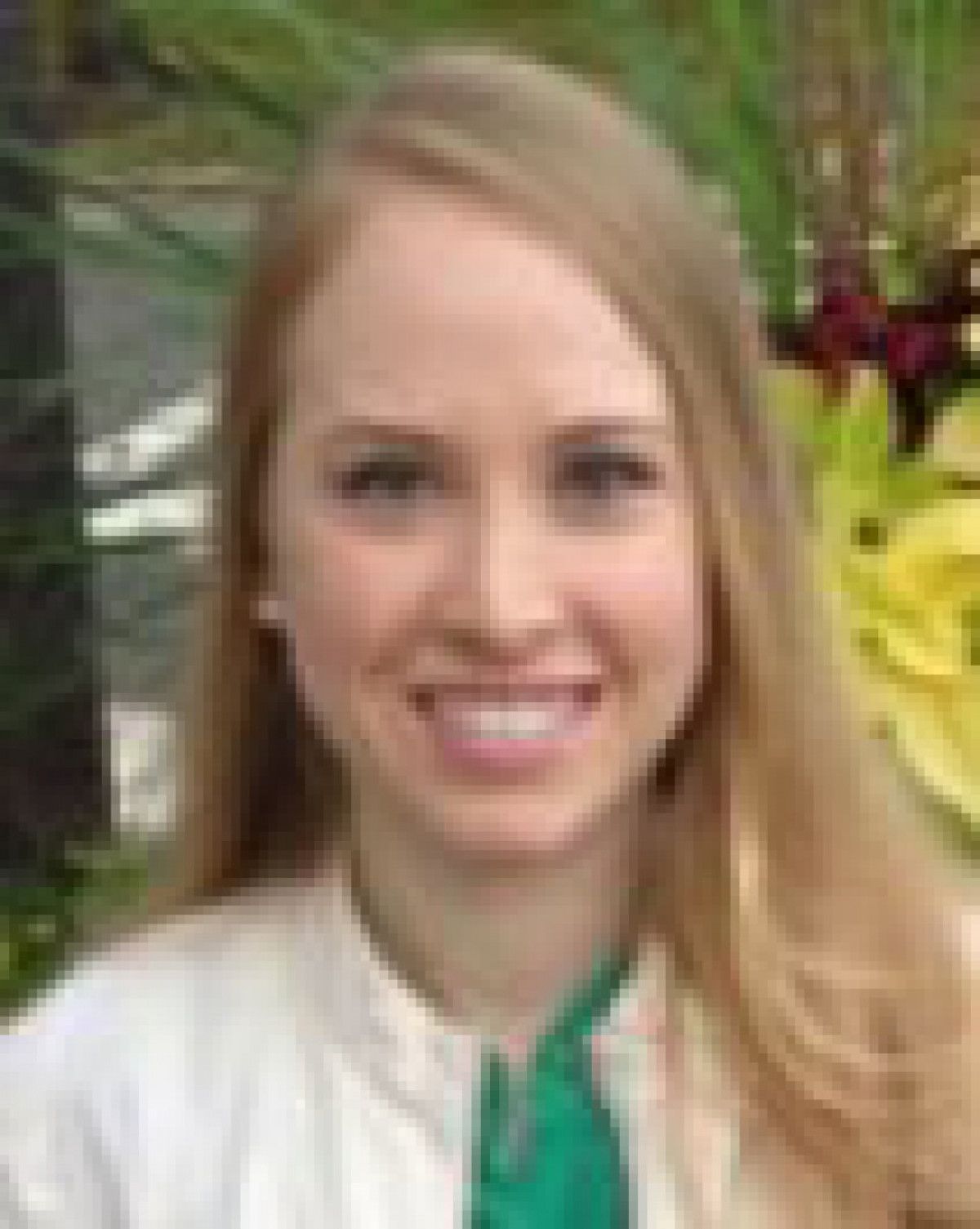 Last September brought with it major changes to the hotly contested Caspian Sea region. These changes were revealed at the IV Caspian Summit held on September 29th in Astrakhan, Russia.

Of the greatest significance was the unanimous vote by the “Caspian 5” (Russia, Iran, Azerbaijan, Turkmenistan, and Kazakhstan) to no longer allow foreign military presence in the Caspian region and that all issues that were to arise would be solved between the littoral states only. The political declaration, according to an announcement by Vladimir Putin and signed by all five presidents “sets out a fundamental principle for guaranteeing stability and security, namely, that only the Caspian littoral states have the right to have their armed forces present on the Caspian.” [1]

Iran’s President Hassan Rouhani echoed this sentiment stating “there is consensus among all the Caspian Sea littoral states that they are capable of maintaining the security of the Caspian Sea and military forces of no foreign country must enter the sea.” [2]The five further agreed to expand cooperation on the Caspian Sea in terms of meteorology, natural disasters, and environmental protection. [3] The declaration also revealed clear formulations on the delimitation of the seabed with each country having exclusive sovereign rights to a 15 mile area. [4] This puts to rest an issue that had been contested since the breakup of the Soviet Union and the emergence of the new independent states. [5]Apart from being a unique body of water in terms of its bio and ecological resources, the Caspian Sea comes with a massive amount of oil and gas reserves, an estimated 18 billion tons with proved reserves of four billion tons. These numbers put the Caspian Sea directly behind the Persian Gulf in terms of the world’s largest oil and gas reserves. [6]

This corresponds with what prof. Anis H. Bajrektarevic described as the lowest common denominator of 5 littoral states in both theatres – the Caspian and Arctic. “The Five will be: (i) Dismissive: Erode the efforts of international community/external interested parties for creation of the Antarctica-like treaty (by keeping the UNCLOS referential); (ii) Assertive: Maximize the shares of the spoils of partition – extend the EEZ and continental shelf as to divide most if not the entire body of water only among the Five; and (iii) Reconciliatory: Prevent any direct confrontation among the riparian states over the spoils – resolve the claims without arbitration of the III parties. (preferably CLCS). [7]

Therefore, no wonder that this declaration also outlined many corresponding projects in the works for this region – a major one being the joint construction of a railroad that would encircle the Caspian Sea, connecting key Caspian ports and cutting transportation time in half. The five states also signed an emergency prevention and response agreement which called for joint efforts in responding to emergencies in the region. Additionally, plans were revealed for a joint emergency response exercise to take place in 2016 that will test the capabilities and partnerships between the nations and develop procedures of notifying and coordinating rescue units. [8]

Disguised underneath these projects, exercises, cooperation, and initiatives is a very real threat to the United States and NATO. Russia and Iran have long felt threatened by the possibility of a foreign military presence in the Caspian Sea and Moscow was determined to find a way to ensure it would not lose any more influence in the global energy sector (this in light of Europe slowly but surely diversifying away from Russian gas after the Ukrainian crisis began). The best way to do this was to bring these nations into the fold of Kremlin interests, while making them feel their own interests were also being served. By strengthening relations in their own backyard Russia has been able to increase influence and gain back power in the region. Shutting NATO out of the region also significantly increases Kazakhstan, Azerbaijan, and Turkmenistan’s dependence on Moscow in many different aspects. [9] Another added bonus is that a clear alliance made up of Iran, Russia, Turkmenistan, and Azerbaijan, Ukraine (absent any ‘outsider presence’) would be comparatively easy to control. [10]

The effects of this agreement have already resulted in major changes to relations between Caspian nations and the United States. For years Azerbaijan has welcomed American-Azeri relations by stepping up logistical support for NATO operations in Afghanistan and even serving in Afghanistan as part of the ISAF, but relations have clearly cooled between the two nations. There were also serious talks between Kazakhstan and the United States for building a base on the border in Aktau that would cater to the needs of the United States and NATO troops, but since the signing of this declaration the project has been halted. Finally, the geopolitical shift in the region has resulted in the closing of the North route for NATO military equipment being sent to Afghanistan. [11]Prior to this Caspian Summit agreement the United States had played an active role in helping Azerbaijan, Turkmenistan, and Kazakhstan bolster their military defenses and develop their own navies. [12] The maintaining of close relations in this region was of great political and strategic importance to the United States, not only due to its vast oil and gas riches (originally outside of Russia’s control) but its strategic location that connects it with many regions of Western interest.

Other ways that Russia has benefited from this deal include: the creation of a rapid response force unfurling along the Caspian Sea coast as a means to extend influence over the Nagorno-Karabakh enclave and its troops in the Armenian Gyumri base; jumpstarting cooperation with Giorgi Margvelashvili, the new Georgian Prime Minister; maintaining the ability to block Georgian and Azerbaijan pipelines; improving relations with Turkmenistan; beginning plans for building a pipeline with Turkey (named the Turkish Stream) out to Europe, which will compete with the Trans-Anatolia Gas Pipeline project (sponsored not coincidentally by the US, EU, and Azerbaijan). [13]

The United States has another reason to worry about being blocked from the region – Chechnya. In Azerbaijan, jihadists from the Jamaat (Community) Group are already operating and maintaining connections with Chechen Islamists, the Caucasus Emirate, and Syria’s Islamic State: the attack on Eurovision in 2012 and the murder of several Shiite clerics all carry their hallmarks. This insurgency is threatening to turn the region into one of the most ungovernable locations in the world where neither aggressive use of military/intelligence force (counterterrorism operations courtesy of Russia) nor engaged economic assistance has helped the situation. With the United States not being able to join together with forces in the region this threat will not just remain present but will likely only continue to grow. [14]

Arguably, the signing of this agreement to ban foreign militaries has been the biggest game-changer to take place in the Caspian over the last 20 years. The West not being able to be involved in the region not only decreases energy development and security in the oil and gas-rich Caspian sea basin, but also wounds in several other respects: it reduces the ability to deter adversaries in the region against attacks; it weakens what were growing U.S. alliances; it allows Moscow to project its power over the other Caspian nations with little interference; it cuts off access to ports for deployments to the Middle East; it does not allow for responses to humanitarian crises in the region; and it does not allow for the U.S. to project its own power and reach as easily as it once did. All of these make the United States and NATO much weaker than before the Summit began. Round One in this heavyweight prize fight has clearly gone to the Russian bear.

(Fully titled as: For Members Only The Consequences of the Caspian Summit’s Foreign Military Ban)

[11]Armanian, N. (2015). “Turning point in Eurasia: Azerbaijan distances itself from the USA and the EU.” TheFifthColumnews.com. Retrieved from http://thefifthcolumnnews.com/2015/06/turning-point-in-eurasia-azerbaijan-distances-itself-from-the-usa-and-the-eu/