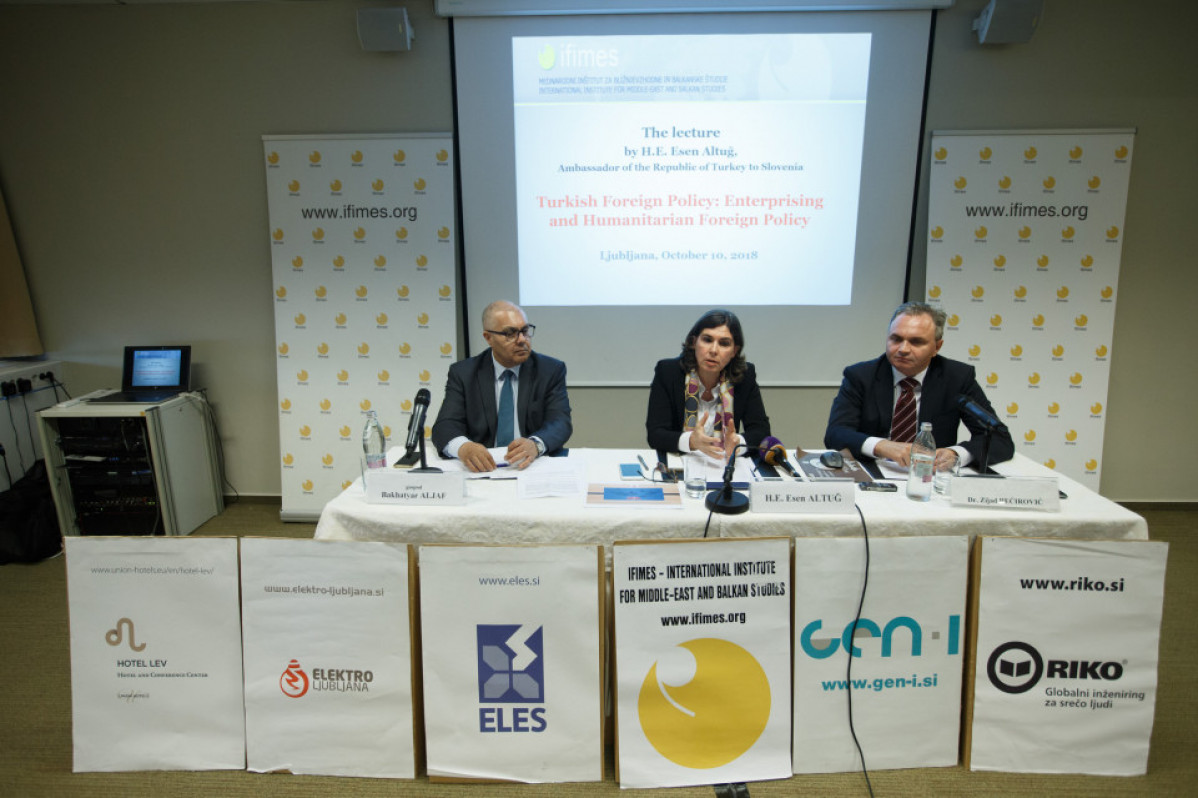 In the framework of the “The EU and world” lecture cycle

Ambassador of the Republic of Turkey to Slovenia

H.E. Esen Altuğ is an Ambassador of the Republic of Turkey to Slovenia since November 2016. Altuğ joined the Ministry of Foreign Affairs of Turkey in 1985. Since then she has covered a wide range of topics, such as maritime and aviation matters, political affairs with European countries, migration both at national and global level, visa policies and asylum, regional/transboundary waters and multilateral economic affairs, in particular the Black Sea Economic and Cooperation. She had positions in the Turkish Embassy in Cairo, Turkish Embassy in Turkish Republic of Northern Cyprus, and Turkish Consulate General in Münster, Germany. She was Consul General of the Republic of Turkey in Rotterdam. She is former Head of the Department for Multilateral Economic Affairs. Before coming to Slovenia she was Deputy Director General of the Department for Migration, Asylum and Visas, at Ministry of Foreign Affairs of Turkey.

At the lecture Ambassador Altuğ will talk about basic dynamics and features of Turkish foreign policy and its challenges.

The lecture will be delivered in English and will be followed by a discussion with the guest lecturer moderated by Assist. Prof. Dr. Zijad Bećirović and Bakhatyar Aljaf.