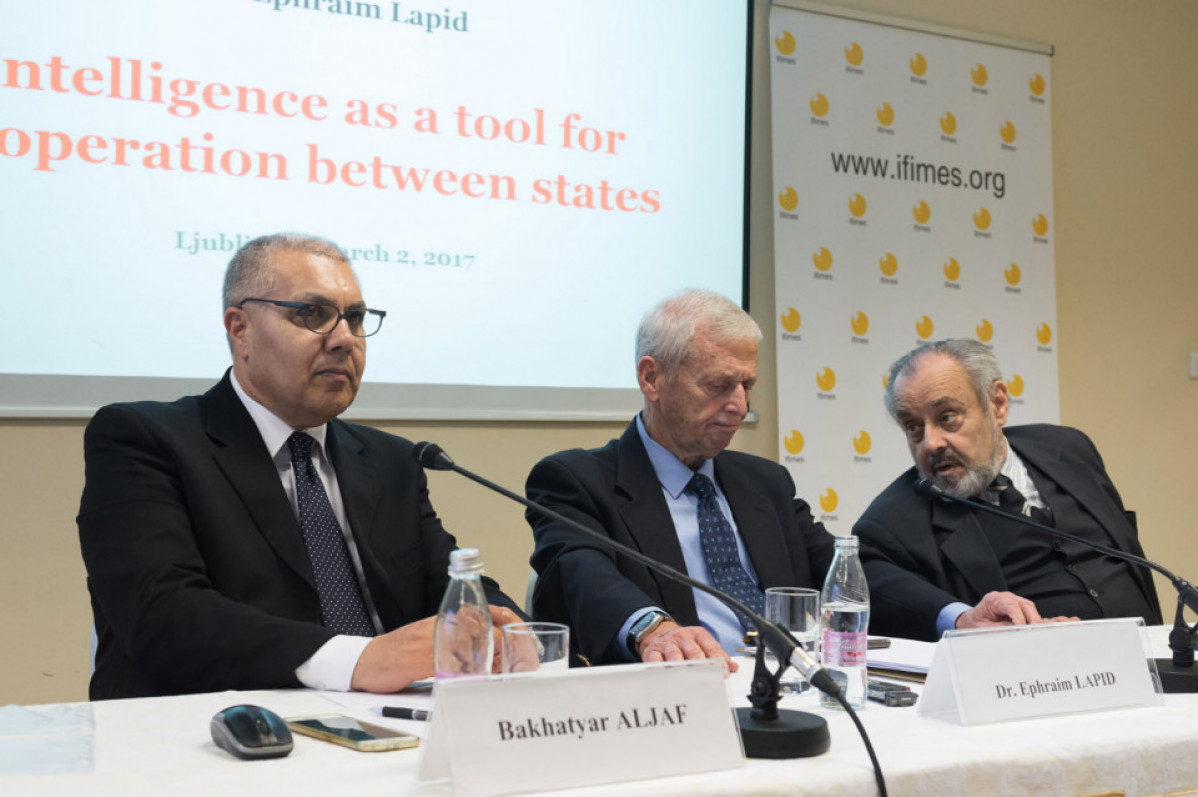 The lecture: Intelligence as a tool for cooperation between states

Invites you kindly to a lecture of

Intelligence as a tool for cooperation between states

in the “Grad” hall of Hotel Lev (13th floor) at Vošnjakova ulica 1, Ljubljana.

Dr. Ephraim Lapid, Brigadier General (Res.) is a lecturer of Political Science at Bar-Ilan University, Israel. He has extensive and diverse experience in the military and public affairs arenas. During his military career, Lapid was a senior officer in the Israel Defense Forces (I.D.F) Intelligence Corps, served as an I.D.F spokesperson, and was a senior instructor at the Israeli National Defense College. He was also the head of Israel Army Radio, Galei Zahal. Lapid has written numerous articles on Israeli intelligence, media and security. He edited a book in English on Israeli intelligence (Israel's Silent Defender).

In his lecture our guest will present his view on the situation in the Middle East, he will talk about the intelligence cooperation between states and challenges for intelligence community.

The lecture will be in English followed by a discussion moderated by moderated Prof. Dr. Ernest Petrič and Bakhatyar Aljaf.

LiveStream: http://www.ifimes.org/en/livestream Please take your seat at the hall by 16.25 h at the latest.

Attendance isfree of charge, butwe ask you to confirm your participation at telephone number (01) 430 15 33 or at ifimes@ifimes.org