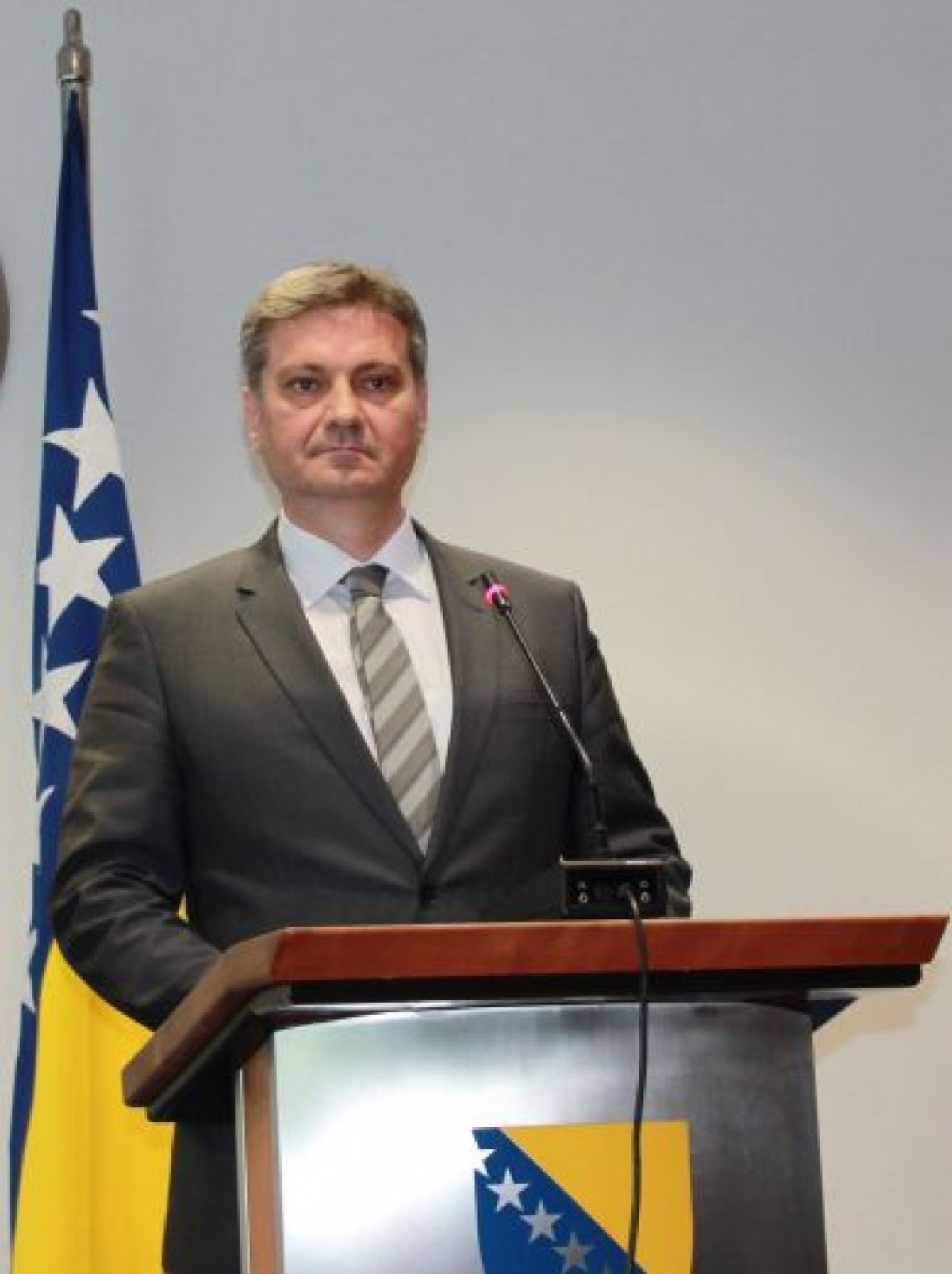 The lecture: Challenges of Bosnia and Herzegovina on the way to EU and NATO

The lecture of Dr. Denis Zvizdić, Chairman of the Council of ministers of Bosnia and Hercegovina is cancelled due to cancelation of his formal visit to Slovenia.

Chairman of the Council of ministers of Bosnia and Hercegovina

in the “Center” hall of Hotel Lev (13th floor) at Vošnjakova 1, Ljubljana.

Prof. Dr. Denis Zvizdić has been Chairman of the Council of Ministers of Bosnia and Herzegovina since 2015. Prime Minister Zvizdić promotes BiH's fast entry into the EU. He is one of the most powerful promoters of Euro-Atlantic integration. In February this year, he delivered in the name of the state of Bosnia and Herzegovina in Sarajevo, a completed European Commission Questionnaire to its President, Jean-Claude Juncker. Within his political career he performed important duties such as the Prime Minister of the Sarajevo Canton, the Speaker of the House of Representatives of the Parliament of the Federation of BiH, member of the state parliament. Dr. Zvizdić is a professor at the Faculty of Architecture at the University of Sarajevo.

The lecture will be delivered in English and will be followed by a discussion with the guest lecturer moderated by Assist. Prof. Dr. Zijad Bećirović and Prof. Dr. Ernest Petrič.