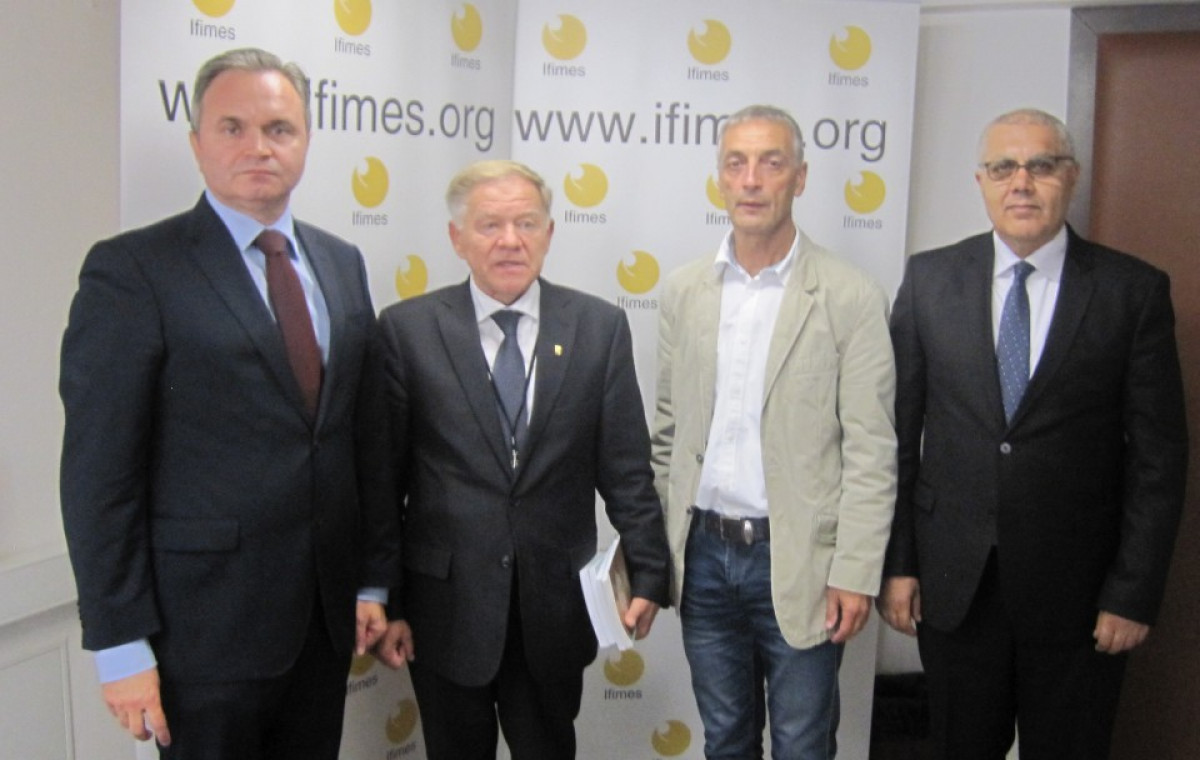 LJUBLJANA, 6 October 2016 - The Directors of the International Institute for Middle-East and Balkan Studies (IFIMES) Bakhatyar Aljaf and Dr. Zijad Bećirović along with the Head of the Department for Local and Regional Studies (DeLORS) Dr. Miloš Senčur today received Prof. Dr. Ivo Komšić, the mayor of Sarajevo.

At the end of the conversation with the mayor Dr. Komšić the head of IFIMES department DeLORS Dr. Senčur stressed that the Institute will strengthen its operations in the region in the field of local government and local communities. In the coming period the institute will particularly focus on addressing the status of the city of Sarajevo as the capital city of Bosnia and Herzegovina because it is necessary to find an effective solution as soon as possible at the level of state of BiH and BiH Federation.