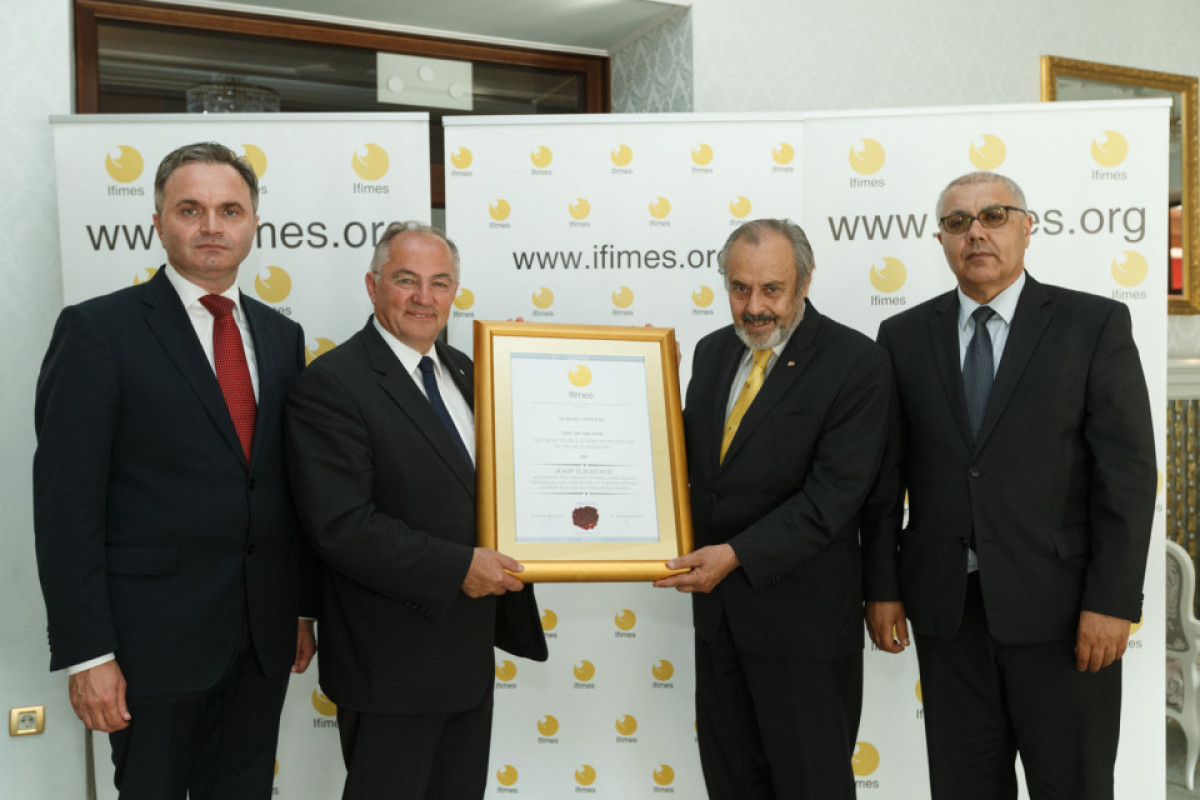 Ljubljana/Bled, June 15, 2017 – The International Institute for Middle-East and Balkan Studies (IFIMES) has awarded with the high award “The most visible European politician in the Western Balkans” Josip Juratović, Member of the German federal Parliament (Deutscher Bundestag), SPD.

The award was handed over by the vice-president of the Advisory Board of the International Institute IFIMES Prof. Dr. Ernest Petrič, former President of the Constitutional Court of the Republic of Slovenia and a member and former president of the International law commission of the UN (ILC UN). Dr. Petrič stressed the role and contribution of Josip Juratović in the Western Balkans and Southeast Europe to reconciliation, consolidation of democracy and harmony and his efforts for the establishment of peace and stability in the region. As a prominent politician he contributed to the strengthening of the European way of the countries in the region and ultimately to theirs full membership in the EU. As a convinced European, he contributes to the cooperation in the region and beyond. The IFIMES International Institute considers that it is particularly important to stress the role of deputy Juratović to the highlighting the fact that the institutional future of the region lies in EU membership, however economically and commercially these countries will always be tied to the region, therefor the regional cooperation is of the utmost importance.

Director of the IFIMES Institute Dr. Zijad Bećirović pointed out that we live in a world of crisis in which modern society is facing various difficulties and challenges, but there are individuals who through their work have become an inspiration and role model to many. They are recognized for their dedication, determination, courage and perseverance, so it is right that we honor them, we hand over the awards and express appreciation and gratitude for everything they have done for their citizens, country, region, the world and a better future for all of us.

Deputy Juratović thanked for the award and in his address he highlighted the role of Germany in regional and international relations and stressed that he will continue to pursue an active role in regional cooperation and reconciliation, coexistence and economic progress in the Western Balkans, South East Europe and in the international community. It is important to accelerate the process of European integration, which will lead all countries in the region into full membership in the EU. Juratović will be committed, as well as the Federal Republic of Germany (Berlin process) and the EU as a whole, to continue to support the process of European integration of countries in the region. The countries and their politicians must fulfill their tasks, namely through the creation of a general consensus and efforts on the road to the EU. The process of reconciliation, prosperity and integration of other countries in the region can only bring good.

The ceremony in the honor of the laureate Josip Juratović was also attended by Director of IFIMES Bakhatyar Aljaf, High Representative of the international community in Bosnia and Herzegovina (OHR) Dr. Valentin Inzko, Bogić Bogićević and other representatives of public life in Slovenia and the region. 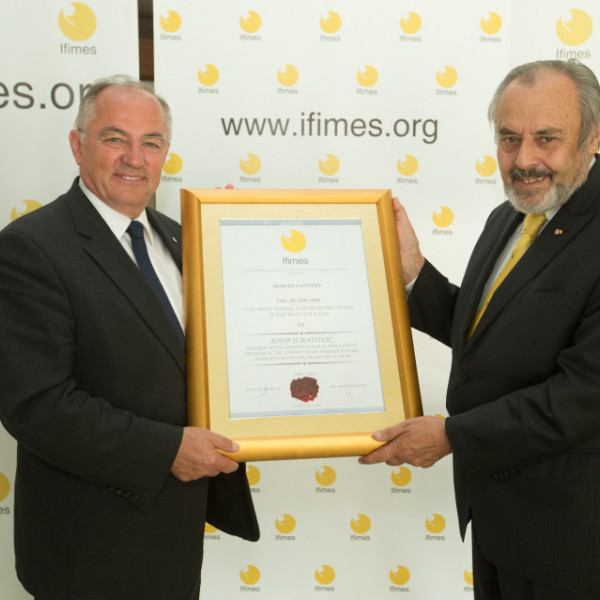 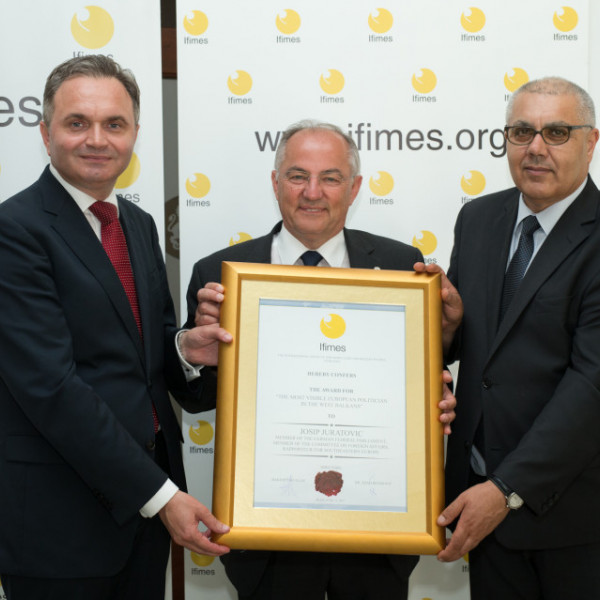 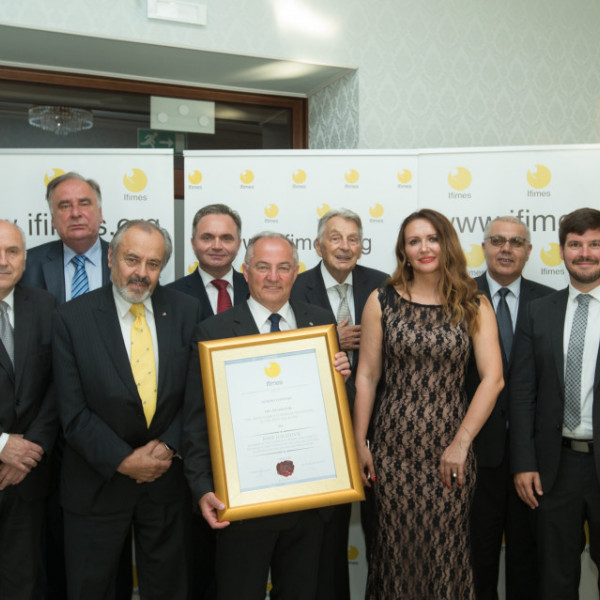