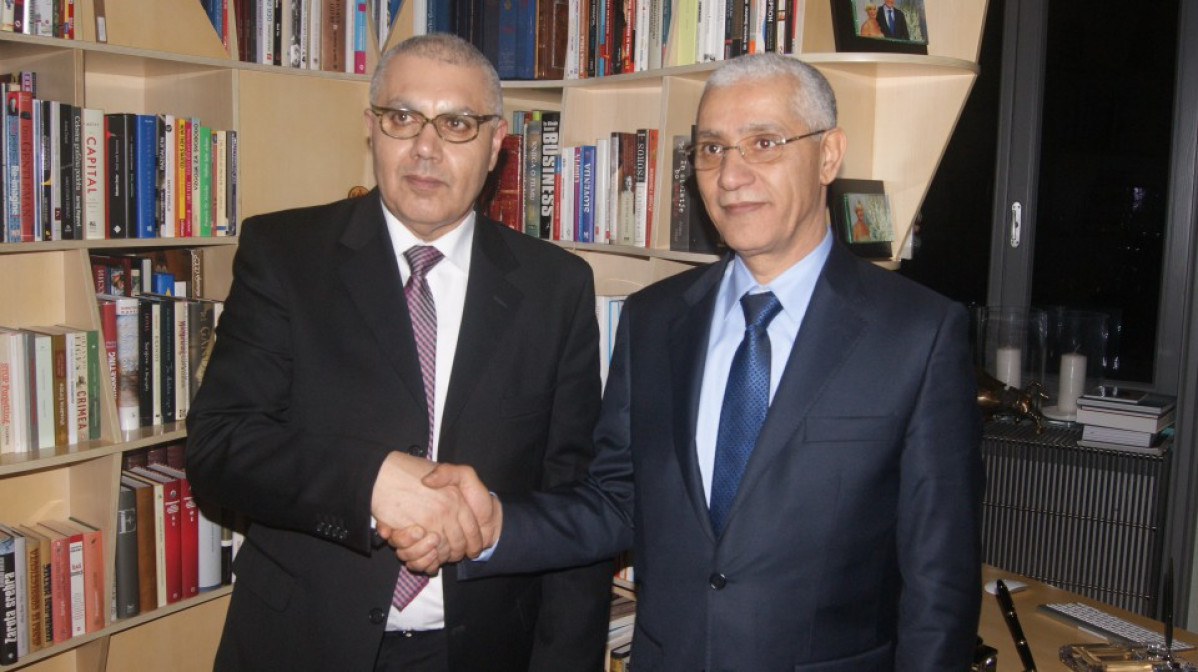 of the Kingdom of Morocco

LJUBLJANA, 22 January 2016– Director of the International Institute for Middle-East and Balkan Studies (IFIMES) Bakhatyar Aljaf today met  Mr. Rachid Talbi El Alami, the Speaker of the House of Representatives of the Kingdom of Marocco.

Director Aljaf commended Morocco's progress achieved after the adoption and implementation of numerous political, economic and social reforms as well as the significant breakthrough in the field of public administration.

He stressed the important role of the Kingdom of Morocco for the peace and stability in Northern Africa and Europe, and pointed to the importance of enhancing EU's cooperation with Morocco in all fields.

Speaker of the House Representatives El Alami thanked Director Aljaf for his support and stressed that the Kingdom of Morocco is committed to providing a better future for all its citizens and ensuring regional stability as well as enhanced cooperation with the EU, including the promotion of bilateral relations with the Republic of Slovenia.

Speaker of the House Representatives El Alami and IFIMES Director Aljaf also talked about current global issues with an emphasis on the situation in the Middle East.