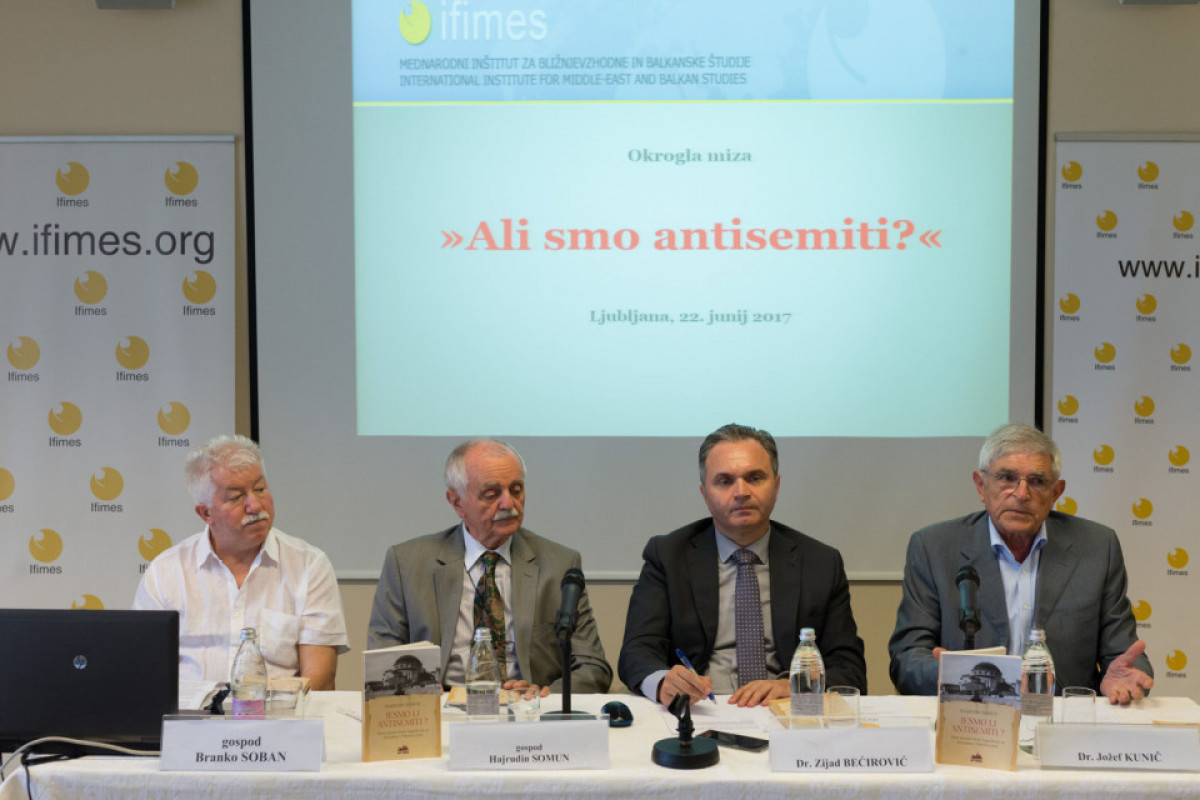 Round table: Are we Anti-Semites?

in the cycle "Middle East and the world"

cordially invites you to the round table and discussion entitled

A few days ago an interesting book by Hajrudin Somun entitled “Are we Anti-Semites - link of the former Yugoslav nations with the Jews and the Palestinians” (original in Bosnian language »Jesmo li antisemiti? - veze naroda bivše Jugoslavije sa Jevrejima i Palestincima«) was published by Art Rabic from Sarajevo.

Hajrudin Somun (1937) is a retired ambassador, half of his career he spent in journalism and the other half in diplomacy. He graduated in oriental languages ​​at the University of Sarajevo, he specialized the Arabic language and literature at the Baghdad University. He is in journalism for almost six decades. The book will be the starting point for the discussion of anti-Semitism, which the modern society is facing.

This will be discussed at the round table by:

-       Ambassador Hajrudin Somun, former ambassador of Bosnia and Herzegovina to Turkey and Malaysia, the doyen of journalism and the author of the book "Jesmo          li antisemiti? - Are we Anti-Semites?"

-       Branko Soban, a journalist and a longtime correspondent for the newspaper "Delo" from Russia and Middle East.

The round table will be held in Slovene language, conversation with the participants will be moderated by Assist. Prof. Dr. Zijad Bećirović.

Please take your seat at the hall at the latest by 15:55. Attendance is free of charge, but we ask you to confirm your participation at telephone number (01) 430 15 33 or at ifimes@ifimes.org