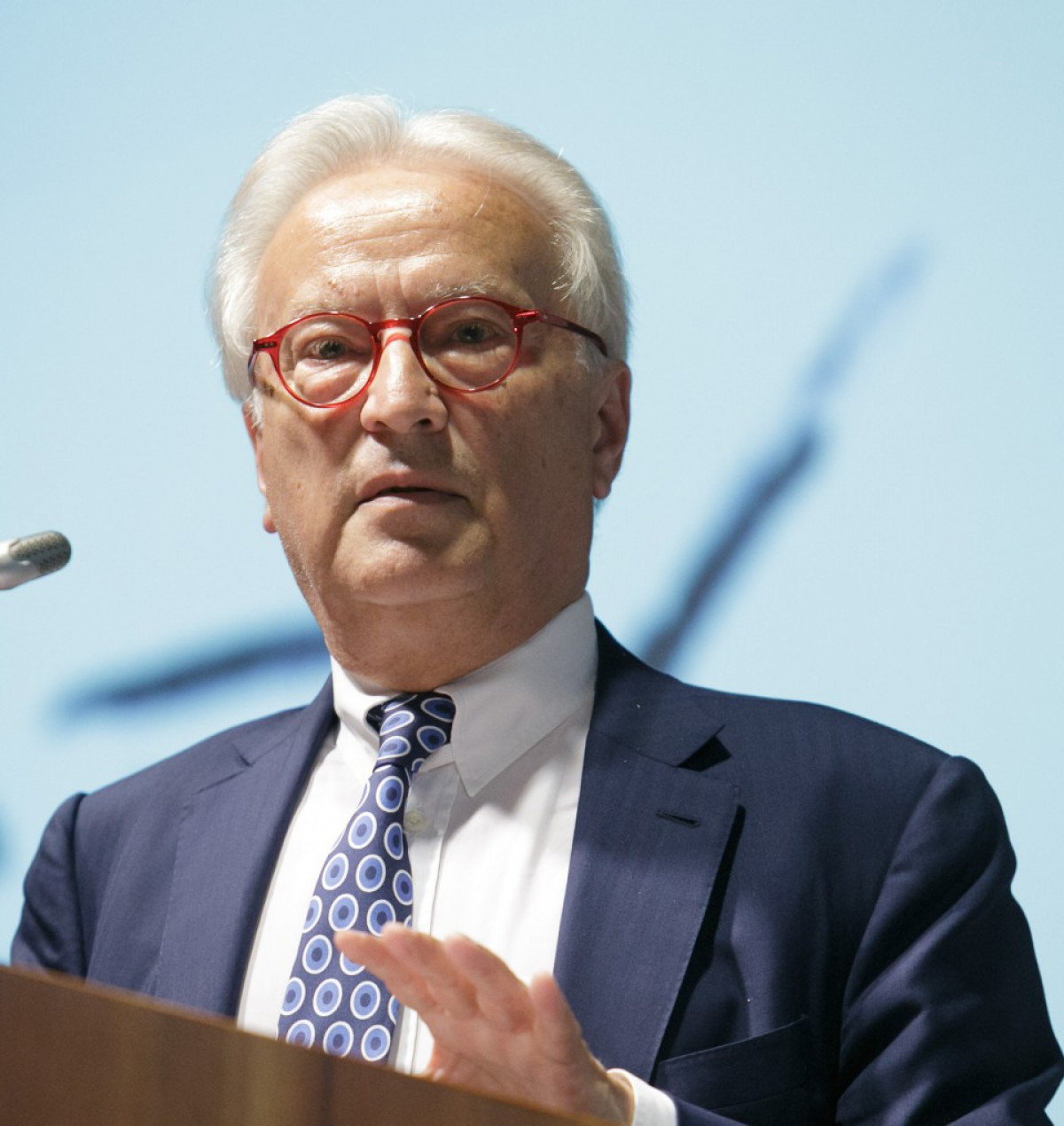 ● former President of the S&D Group in the EP

● member of the IFIMES Advisory Board

The International Institute for Middle-East and Balkan Studies (IFIMES) from Ljubljana, Slovenia, regularly analyses events in the Middle East and the Balkans. Dr Hannes Swoboda, former President of the Group of Progressive Alliance S&D in the European Parliament (EP) and member of IFIMES Advisory Board in his article “Middle East: What Went wrong - What Goes wrong?” presents his view on the currents dynamics in the Middle East as well as discusses its background and the necessary way forward, with a special emphasis on the experience and role of the EU. His article is published in its entirety.

What Went wrong - What Goes wrong?

Obviously something is going wrong in the Middle East, very wrong. And it can't be the result only of some recent, actual events. No, today's development has a long history. I do not want to speak about the region as a source of three competing religions on the basis of belief in one god. I do not want to deal with the history of the different Arab tribes and the Jewish people. I do not want to analyse the influence of the Ottoman/Turkish Empire. Neither should we be concerned today with the impact of Britain and France as colonial powers and the division of their colonies along the Sykes-Picot line. Let's only deal with the recent past - the time after 1945.

The foundation of Israel was the consequence of the holocaust, even if already before Zionism tried to establish a Jewish state in Palestine, because of the ongoing discrimination and programs against Jews in different European states. But the decision of the UN foresaw the foundation of two states: a Jewish state of Israel and a Arab state of Palestine. What we have got and have today is a Jewish state with a growing number of Arabs and three Arab entities, Gaza, West-bank and East Jerusalem. All of them differently controlled by Israel and a growing number of settlers in East Jerusalem and in the West - bank. The result is far away from what the UN have decided in 1947. Furthermore the growing separation between Jews and Arabs (not only due to the wall) and Israel's -military- domination led to radicalization in parts of the Palestine population.

In some connection with the core conflict between Israel and Palestine - but not totally depending on it- new conflict zones and antagonisms grew. One of the main conflicts is the one between the Shia state of Iran and the Sunni state of Saudi Arabia. The permanent quarrels and disputes inside Lebanon are one of the longstanding expressions of that conflict which affects also the - Maronite - Christian community, all of them fighting for respect and acceptance. Especially after the Iranian revolution the conflict became acute and often bloody. Iran with the support for Hezbollah and for Syrian president Assad stands on one side. Saudi Arabia and many Golf countries are standing on the other side. Both sides have minorities in the different countries of the region. And Israel? First Israel tried to have good relations with Iran, not at least because it wanted to have some Muslim country on its side to counterbalance the Arabs. At latest after the Iranian revolution Israel withdrew from this " hidden alliance" and now we recognize some new "hidden alliance " with Saudi Arabia.

There exists a close and traditional relationship of the West, especially of the US, with Saudi Arabia, not least because of the energy resources especially oil. 9/11 created some clouds over this special relationship but it could not really destroy it. And the same was true for the original support for some extremist groups fighting the Assad regime. Recently an alliance of the USA, Saudi Arabia and some other Arab countries with the support of some European countries are fighting the especially cruel extremists of the " Islamic State ". But this terror group which is fighting in Syria and Iraq is not coming from nowhere. The horrendous situation in both countries is also due to the shortsighted Western, again especially US, strategy versus Iraq and Syria.

"Mission completed" announced President Bush at a time when it was clear, that nothing has been accomplished. Saddam Hussein was a horrible dictator and many people suffered under him. But who can justify all the sufferings and all the dead Iraqis and foreign soldiers the Western military intervention caused? New divisions between Shiites and Sunnis arose and the country is not at peace. Only the Kurds could build up a successful regional state inside Iraq. But even that is now in danger.

Concerning Syria again the West behaved like sleepwalkers. Several revolutions in the Arab states failed, for example in Egypt. But it should have been clear form the beginning that Syria was an even more difficult case, as Assad had many followers and allies. Inside there were and still are the different religious groups who benefited from a relative tolerant attitude towards them by the state authorities. And that is true also for the Kurds, who primarily are interested in self-government and autonomy. And of course the elite of the - minority - Allevites had no interest to topple Assad and they stood by his side. Outside friends were clearly Iran and the Hezbollah fighters who gave support to Assad. And he had and has a strong support by Russia and less so by China in the UN Security Council. It was very naive to think, that Assad could be beaten easily.

The only possibility to bring stability to the region is to address the real issues of the region. Military interventions and especially air strikes can only give some break but do not stop the rise of terrorism. The basic cause affecting all the developments is the ongoing competition and conflict between Shiites and Sunnies, mainly represented by Iran and Saudi Arabia. May some in the West believe that we are the beneficiaries of this competition. But that is a heavy mistake. This competition about regional supremacy and the Western interventions for or against the one or the other side will enhance terrorism and bring it closer to our countries and population. The only way out would be to address together with all of them, Shiites and Sunnies the core problems from the economic and social issues of depravation and poverty to the Israel - Palestine conflict.

Maybe it is very naive to even think about such a possibility. Sure it would be naive to think about it in short terms. No, it would need a long way to create the conditions for a peaceful settlement comprising Sunnies, Shiites and in addition Kurds and Israeli Jews. And it could only work if all the bigger and powerful players in the region from Saudi Arabia to Iran and including Turkey would be ready to participate. But as the radical groups endanger many of the countries and their stability; it should be possible to convince some of these countries to think about a new strategy. The European Union was not built in one day and it needed many dreadful wars, destruction and killings before a new start has been tried and successfully so. Maybe we should start to think about a new start in the Middle East as well. As in Europe it would be only possible to build a peaceful Middle East, if all the countries and their leaders would be convinced, a new cooperative strategy would be useful for themselves. Because finally terrorism is a danger for everybody.

One of the bigger regional powers, which could and should play a decisive role is Turkey. Yes it is a Sunni country. But again and again it had good relations with Iran. It is member of NATO and is a candidate to the EU. It has a large number of Kurds inside its own territory and developed a good relationship with the leadership of the Iraqi Kurds. Turkey has the biggest interest in influencing the future regional order and bring stability to the area. Also for Turkey it will not be easy, because it fears a split of its country and a continuing fight of the Kurds for their own state. But as the Kurdish leadership in Iraq demonstrated, even they may be interested more in sound economic development than in formal independence. But a new Middle East can only be build on the basis of respect for all countries and people of that region and of course it needs time, patience and support from outside. And that is also the task of Europe with its long history of wars, but also with its short, successful history of unification