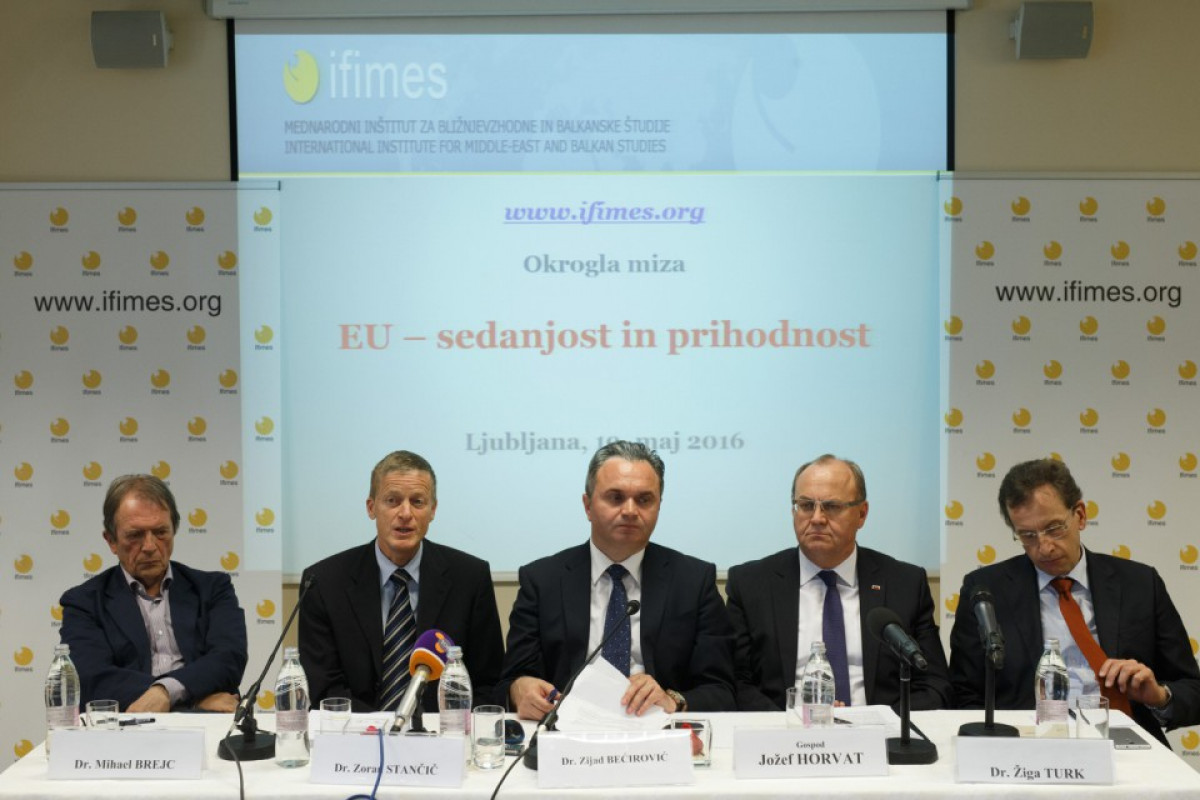 The round table: EU – the present and the future

In the framework of the "EU and the World" lecture cycle

EU –the present and the future

What are the short and long term challenges of the European Union (EU)? What resources are at its disposal to deal with the many challenges ahead? What needs to change on the institutional level, so that the EU can take a turn to the better? Where does the EU see itself in the future as a regional union, and where does it see itself on the world stage? The way that the EU faced the economic crisis is well known. The crisis is closely related to the fracturing of economic, social and geopolitical currents. We are witnessing the rise of Asia, a revolution in the sectors of energy and communication, an increase in security threats, refugee / migrant crisis and the development of conceptual society. We know the EU today, but what will it be like tomorrow? What are the prospects for new EU enlargement? At the end we will also touch on Slovenia's position within the EU and its response to these challenges.

Those and other issues will be discussed at the round table by the following experts:

The round table will be held in Slovenian language and moderated by Dr Zijad Bećirović.