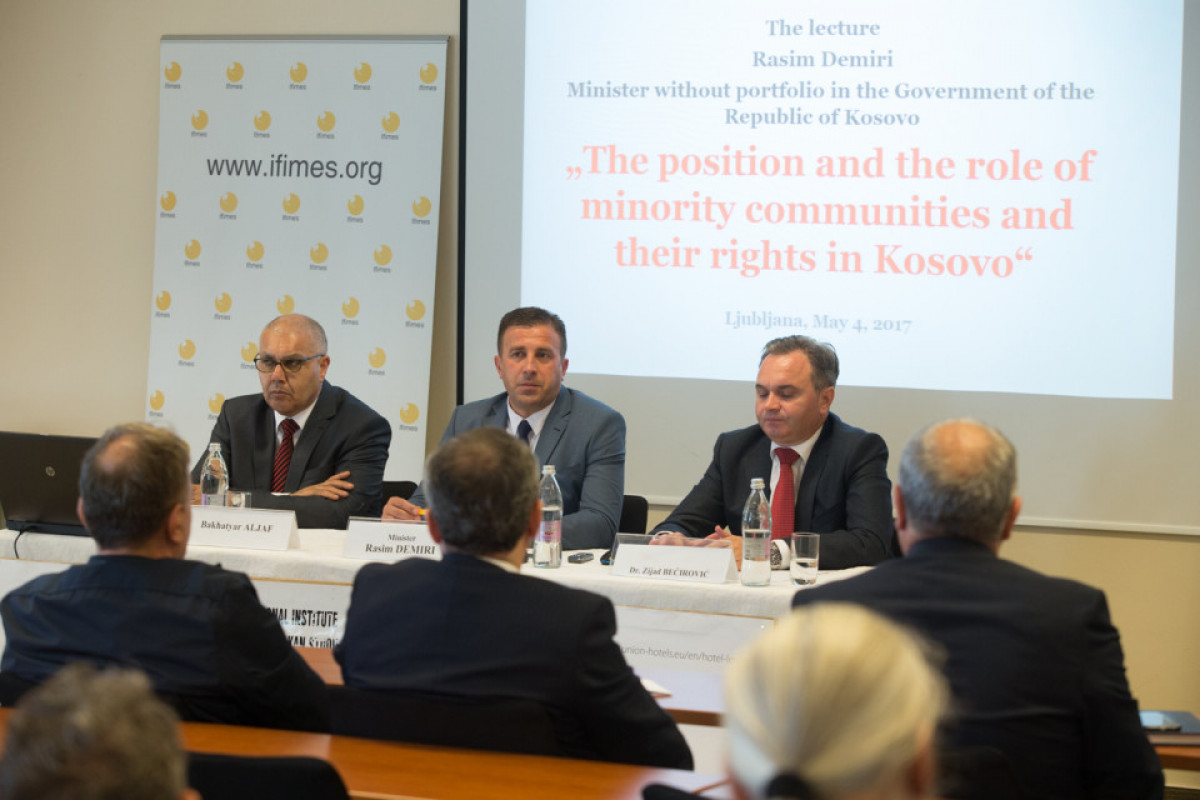 The lecture: The position and the role of minority communities and their rights in Kosovo

Minister without portfolio in the Government of the Republic of Kosovo

Rasim Demir is a Minister without Portfolio in the Government of the Republic of Kosovo from 2014 and the youngest minister. He was a member and vice-president of the Assembly of Kosovo, president of the Democratic Party of Bosniaks and a chairman of the coalition "Vakat".

His efforts are directed towards the affirmation of minority communities and the full enjoyment of civil liberties and rights and prosperity for all citizens of Kosovo.

At the lecture minister Demiri will talk about the current situation in Kosovo, the position and role of minority communities and their rights in Kosovo, about the demarcation of the boundary between Kosovo and Montenegro and about the establishing of the community of Serb municipalities. He will also share his view on establishing the army of Kosovo and other topical issues in Kosovo and the region.

The lecture will be delivered in the Bosnian language and  will be followed by a discussion with the guest lecturer moderated by Dr. Zijad Bećirović and Bakhatyar Aljaf.