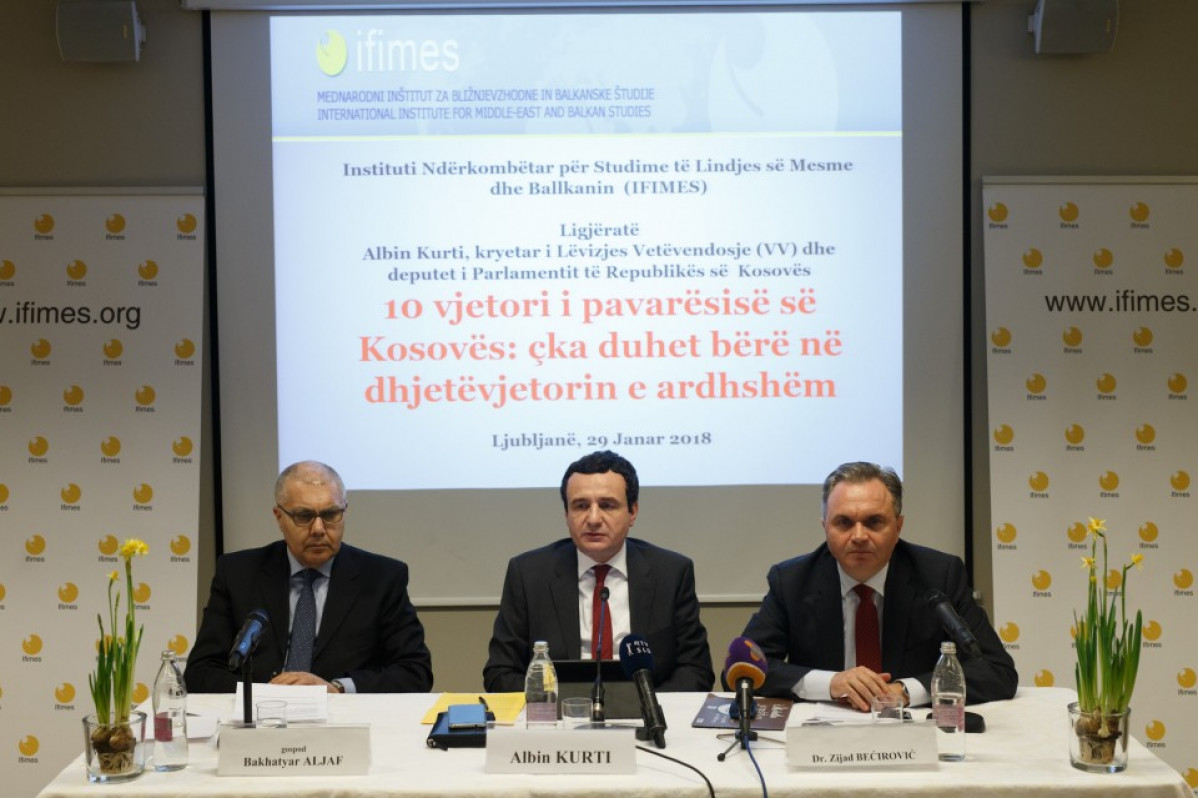 The lecture: 10 years of Kosovo independence: what should be done in the next decade?

10 years of Kosovo independence: what should be done in the next decade?

President of  the Self-Determination Movement/Lëvizja Vetëvendosje

and Deputy at the Assembly of the Republic of Kosovo

Albin Kurti is the deputy of the Self-Determination Movement/Lëvizja Vetëvendosje at the Assembly of the Republic of Kosovo and president of that movement. He was also a political prisoner. He spent more than two and a half years in prisons in Serbia. Since the country's liberation and even after independence, he has been put in prison by the UNMIK administration and regime of Hashim Thaçi over 20 times. The last time he was imprisoned was from 24 November until 29 December 2017. The Thaçi regime is leading a political process against him and he has been sentenced to a suspended sentence of 18 months in prison at first instance court.

In his lecture Kurti will talk about current events in Kosovo, its challenges and international relations as well as its future.

The lecture will be delivered in English and will be followed by a discussion with the guest lecturer moderated by Dr. Zijad Bećirović and Bakhatyar Aljaf.