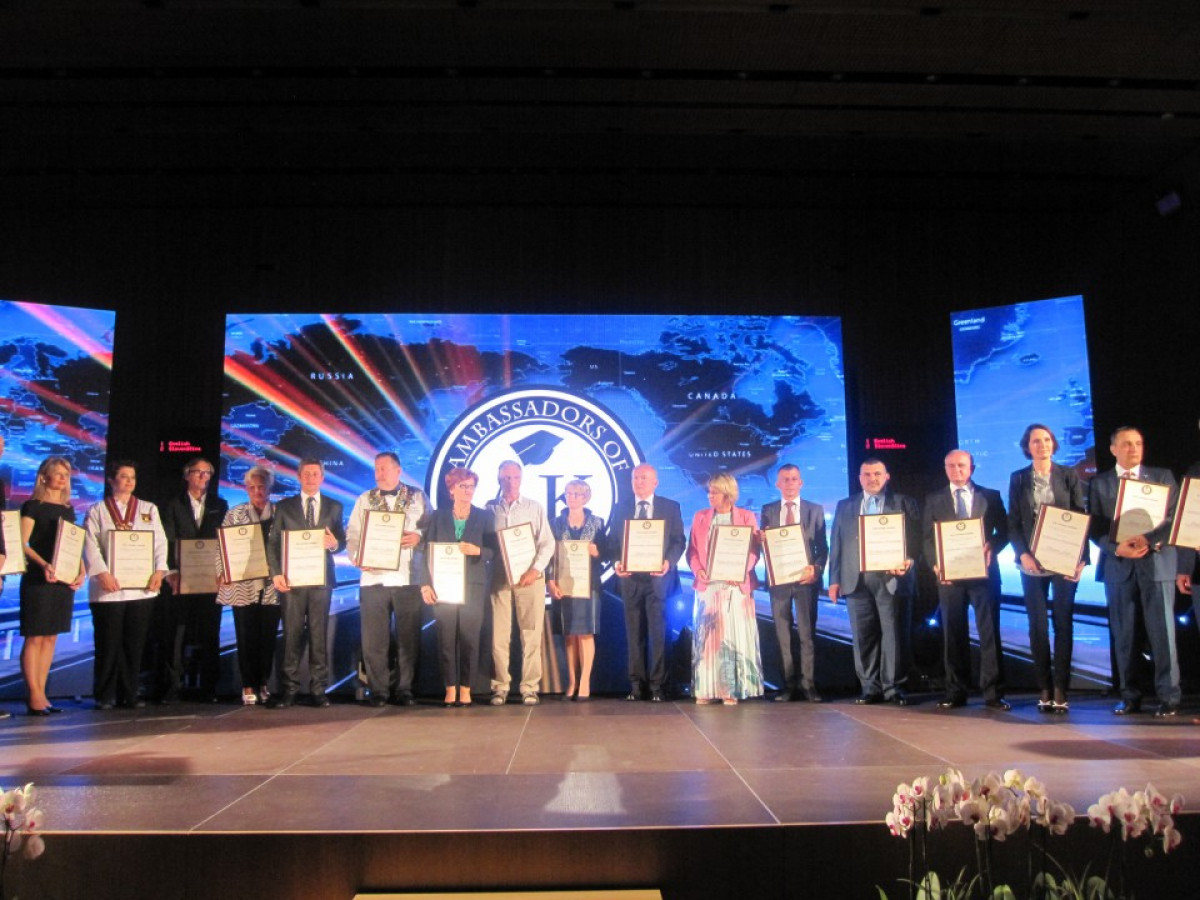 LJUBLJANA/BRDO PRI KRANJU, June 8, 2016 - Life Learning Academia (LLA) – an organization for the certification and management of expert and networking processes in the area of knowledge, awarded honorary titles »Ambassador of knowledge« to renowned individuals in various fields. Zoran Živković, vice-president of the IFIMES Advisory board, member of Parliament of the Republic of Serbia, and the former Prime Minister of the Republic of Serbia was one of the recipients of the award.

The ceremony took place at the Congress centre Brdo pri Kranju, under the auspices of the Prime Minister of the Republic of Slovenia, dr. Miro Cerar.

Those attending were addressed by the Minister of Economy of Republic of Slovenia Zdravko Počivalšek, and by the president and director of the Life Learning Academie, Andreja Jernejčič,and Marjetka Kastner.

Other members and co-workers of the International institute IFIMES received recognition as well. The »Mentor« award was bestowed upon doc. dr. Miloš Senčur, head of the IFIMES local and regional studies department (DeLORS), and upon prof. dr. Uroš Svete from the Faculty of Social Sciences of the University of Ljubljana. The »Reference« award was bestowed upon Evelin Einspieler, Mark Kogoj and Medina Radončić.

The academic and business congress organized by the LLA had a large participation, with various individuals from the field science, business, academia and the public sector from many different countries. The congress emphasised learning, knowledge, and networking.

A certificate for learning organizations was awarded to the International institute for Middle East and Balkan Studies (IFIMES), and was received by director’s dr. Zijad Bećirović in Bakhatyar Aljaf.