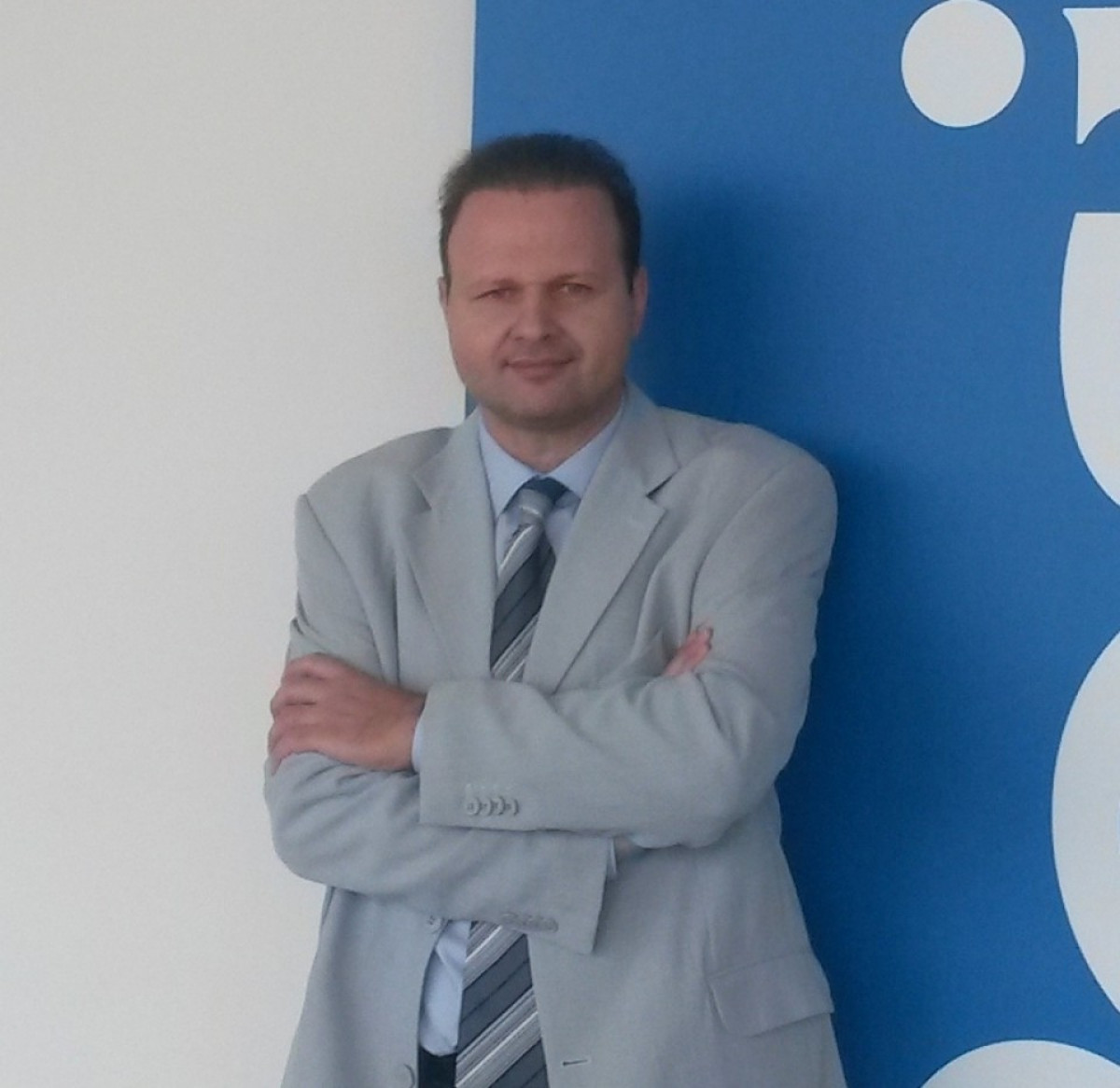 The new balance of power in the Eastern Mediterranean Sea

● Analyst at the Research Institute for

The new balance of power in the Eastern Mediterranean Sea

The «New Mediterranean Order» favors an alliance of Israel, Cyprus and Greece, three states with common security and energy interests. The newly found gas deposits in Israeli and Cypriot Exclusive Economic Zones (EEZ) are the solid base for a broader cooperation among the three states.

Greece, Cyprus and Israel seek to protect their maritime territories in Eastern Mediterranean in order to exploit the energy resources and to provide security in the region.  In 2013 Israel, Cyprus and Greece signed a Memorandum of Understanding (MoU) stating that they will cooperate to protect important infrastructures in the Mediterranean where natural gas fields are located.[i] The Israeli and Cypriot deposits are easily accessible to Europe as they can be carried by the large European-controlled fleet and not necessarily by pipeline. It seems that the three countries can guarantee an uninterrupted gas supply to the EU, as they can provide a strategically secure energy infrastructure.

Greece wants to upgrade its energy profile, both in the short-term as a transit state and in the long-term as a producer state. [ii] The government of Athens has adopted active energy diplomacy in order to promote the role of Greece as a vital part of the European Union’s energy strategy and energy actor of southeast Europe. Both Cyprus and Greece constitute a significant, albeit underappreciated for decades, asset for European energy security. In March 2014, the government in Athens opened an international tender to assess the feasibility of a proposed pipeline connecting Israel’s Leviathan gas field to Europe via Greece. However the project is very difficult to materialize due to the high cost of the construction. An alternative solution is the construction of a Liquefied Natural Gas Terminal in Vasiliko on the south of Cyprus in order to deliver gas in European market via Greece (Revithsusa LNG Gas Terminal)

Apart from being a transit country, Greece could also potentially become an energy producer itself, should the estimates about its energy reserves in the Aegean, south of Crete, and Ionian Seas be officially confirmed. In 2012, a study conducted by the Athens-based Flow Energy estimated some €600 billion worth of offshore natural gas to be produced in Greece over the next 25 years, especially in the waters south of Crete. This study reveals geological similarities with the Levantine basin. Offshore Crete reserves are estimated to contain around 3.5 tcm (123.6 tcf) of natural gas, enough to cover over six years of EU gas demand, along with 1.5 Bbbl of oil. The only issue remaining is that Athens must declare its Greek Exclusive Economic Zone (EEZ) in the Aegean, Cretan, Libyan, and Cilician Seas in accordance with the United Nations Convention on the Law of the Sea (UNCLOS). The UNCLOS provides that a state has special rights over the exploration and use of marine resources, including energy production from water and wind. The EEZ stretches from the baseline out to 200 nautical miles from its coast.

Greece recently signed with Cyprus a bilateral agreement for joint search and rescue in order to protect both countries from acts of aggression such as the recent Turkish actions in Cyprus’ Exclusive Economic Zone (EEZ). The agreement defines the common boundary between Cyprus and Greece. This includes the western limit of the Search and Rescue Region (SSR) of the Cyprus Republic and the Eastern limit of Greece’s SSR, a length of 287 kilometers. The deal also provides for the coordination of search and rescue operations by the JRCC (Joint Rescue Coordination Centre) of Larnaca and of Piraeus, the exchange of information, as well as the conduct of joint search and rescue drills.[iii] There is already an agreement governing the airspace between the Flight Information Regions of Athens and Nicosia. We could interpret the agreement as a vital first step which could pave the way for the declaration of Greece Exclusive Economic Zone (EEZ).

Cyprus on the other hand seeks to export gas reserves extracted from its “Aphrodite gas field” located at drilling block 12 in the country’s south maritime EEZ. The US-based main contractor, Noble Energy, has confirmed five trillion cubic feet (tcf) of natural gas, found in block 12, enough to transform the country’s long-term economic prospects. The European Commission also confirmed that Cyprus could play an important role in diversifying supplies. Whereas Cyprus has already demarcated its maritime border with Egypt (2003), Lebanon (2007), and Israel (2010), the overall scheme is negatively influenced, possibly impeded, by its long-standing rift with Turkey.

Furthermore, Cyprus has awarded a license to an Italian-South Korean consortium, ENI-KOGAS to begin exploring for gas in the southern offshore zone. The government of Nicosia hopes that additional discoveries over the next 18 months in its EEZ will be sufficient to materialize its plans to construct a LNG gas terminal the island in order to export gas and to commercially viable.

On September 23, the drill ship SAIPEM 10000 arrived in Cyprus Exclusive Economic Zone (EEZ) to start research. The Turkish authorities declared that the drill ship violated Turkey’s area of maritime jurisdiction and sent the Corvette Bafra to monitor operations. Another Turkish warship, the Gelibolu, engaged in planned maneuvers south of Cyprus ostensibly to ensure maritime safety in the Eastern Mediterranean. As result the president of Cyprus President Nicos Anastasiades “froze” the latest attempt to negotiate with Turkish Cypriot leader Dervis Eroglu a settlement to end the island's forty year division.[iv]

Israel, the third partner, has realized the importance of the discovery of 36 trillion cubic feet of gas off its coast in the Eastern Mediterranean, mainly in the Tamar and Leviathan gas fields. In 2010 Israel and Cyprus signed a bilateral agreement delimiting their EEZ. In April 2014 followed a second agreement on the exchange and protection of confidential information with respect to hydrocarbons discovered in Block 12 in Cyprus’ EEZ and its adjacent Block Ishai in Israel’s EEZ.[v]

Israel is a close ally of the United States; it has a powerful air force and is currently upgrading its navy. The Israeli Navy has started a program to improve its sea-to-surface missile capabilities. In addition, the Israel navy revealed that it will receive three new submarines. [vi] In addition the Ministry of Defense wants to procure four advance patrol vessels for the navy that will ensure the protection of the natural gas infrastructure in the Mediterranean Sea against a broad range of threats.[vii]

The government of Israel also shares apprehensions with Greece and Cyprus for Turkey aggressive policies, a combination of nationalism, Neotoman nostalgia and Islamist – jihadist impulses.[viii]  An Israeli academic argues that “with Tayip Erdogan at its helm, Turkey supports Hamas, a Muslim Brotherhood offshoot; helps Iran evade sanctions; assists Sunni Islamists moving into Syria and mulls an invasion of Syria; propagates anti-US and anti-Semitic conspiracies while the regime displays increasing authoritarianism at home”.[ix]

Turkey continues to behave as a hegemonic power in Eastern Mediterranean ignoring the fact that it cannot influence anymore the geopolitical regional developments. The foreign policy of the president Tayip Erdogan isolates and pushes the country away from a pro- western orientation. The “Neo-Ottomanism” as the “New MidEast Order” and Erdogan rigid ruling style has given rise to serious concerns from some governments in the West.[x]

Turkey may capitalize on its conventional military superiority to undertake military actions in areas of the Aegean, Cyprus, Syria and Iraq. Turkey has established the Turkish Mediterranean Task Force that contains four frigates, two – three fast attack missile crafts, two submarine and coast guard vessels and two corvettes. A Turkish intervention could be inflamed by possible dissolution of Syria and the establishment of an independent Grater Kurdistan. [xi]

In addition the government of Ankara does not recognize Cyprus legal right to drill for gas in Cypriot Exclusive Economic Zone (ΕΕΖ). Turkey knows that the new geopolitical developments in Mediterranean, the cooperation among Israel, Cyprus, and Greece threaten its national interests in the regional level. Turkey wants to gain control over the maritime gas field in Eastern Mediterranean in order to reduce its energy dependence on Russia and Iran and to fulfill its ambition to become an energy hub for the West and East.[xii]

However the Turkish doctrines of “zero problems with neighbors” and the “Neo-Ottomanism” did not manage to materialize for the following reasons: (a) the “zero problems with neighbors” failed since Erdogan has enthusiastically supported the oppressed Islamist Sunni political movements that emerged from the “Arab Spring”. Turkish neighbors Iran and Syria belong to the opposite side as they are members with Iraq of the “Shia Crescent” (notionally representing the crescent-shaped region of the Middle Eastern where the majority population is Shia or where there is a strong Shia population). The Syrian governmental elite and the president Bashar Assad are Alawites (a branch of Shia Islam) where the majority population is Sunni. The “zero problems with neighbors” was gradually reduced to “zero allies” and (b) the vision of the “Ottoman Empire” revealed Erdogan’s ambitions to dominate in the Arab Middle Eastern, breaching perhaps that has been agreed between him and the international community.[xiii]

The relations among Turkey and its neighbors are at a low point, especially with Israel, having suffered a significant setback (Mavi Marmara crisis). Given the circumstances, it is very difficult to see the two countries rebuilding their old style alliance so long as Turkey supports Hamas and Sunni fundamentalists in Syria and beyond.

A trilateral cooperation Israel, Greece, Cyprus is considered very important for the Eastern Mediterranean Sea, the Europe Union and the USA. The gas reserves in Israeli and Cypriot Exclusive Economic Zones (ΕΕΖ) can ensure the European energy security and Greece can be used as a “transit” country to transfer the gas to European markets.

On the strategic level, Israel and Greece can play an important role on the security of the Mediterranean Sea in order to prevent the expansion of Islamist extremist fighters. Israel is a powerful air force in the region and is upgrading its navy fleet to guard energy facilities and maritime gas reserves. Greece has also a significant navy fleet in Aegean Sea to protect its maritime waters. The Hellenic navy has adequate forces, great experience and expertise from its participation and mission around of world. The navy frigates and supply ships combined with the most modern (non-nuclear) submarine vessels in the Mediterranean can provide the necessary military presence in the Mediterranean in order to preserve security and deterrence from any possible terrorists attack.

Turkey on the other hand has followed an aggressive foreign policy that based on “Neo-Ottomanism” and has supported suni Islamic extremism movements in the Middle East. The government of Ankara seems to be an unfaithful partner for the West and USA as it has demonstrated an anti- west rhetoric and islamists- jihadist impulses.

The European Union and the United States should promptly realize that this trilateral cooperation (Greece, Cyprus, and Israel) serves their geopolitical interests insofar that the European Union can gain access to new gas routes and reserves.

[ii]George Protopapas, “The Case for an Energy Alliance between Greece, Cyprus, and Israel” The Geopolitical Monitor, 08/06/2014, http://www.geopoliticalmonitor.com/case-energy-alliance-greece-cyprus-israel/

[x]George Protopapas, “The implications of Turkish crisis in the domestic and foreign policy”, The New Journalist , 08/02/ 2013, http://thedailyjournalist.com/the-strategist/the-implications-of-turkish-crisis-in-domestic-and-foreign-policy/