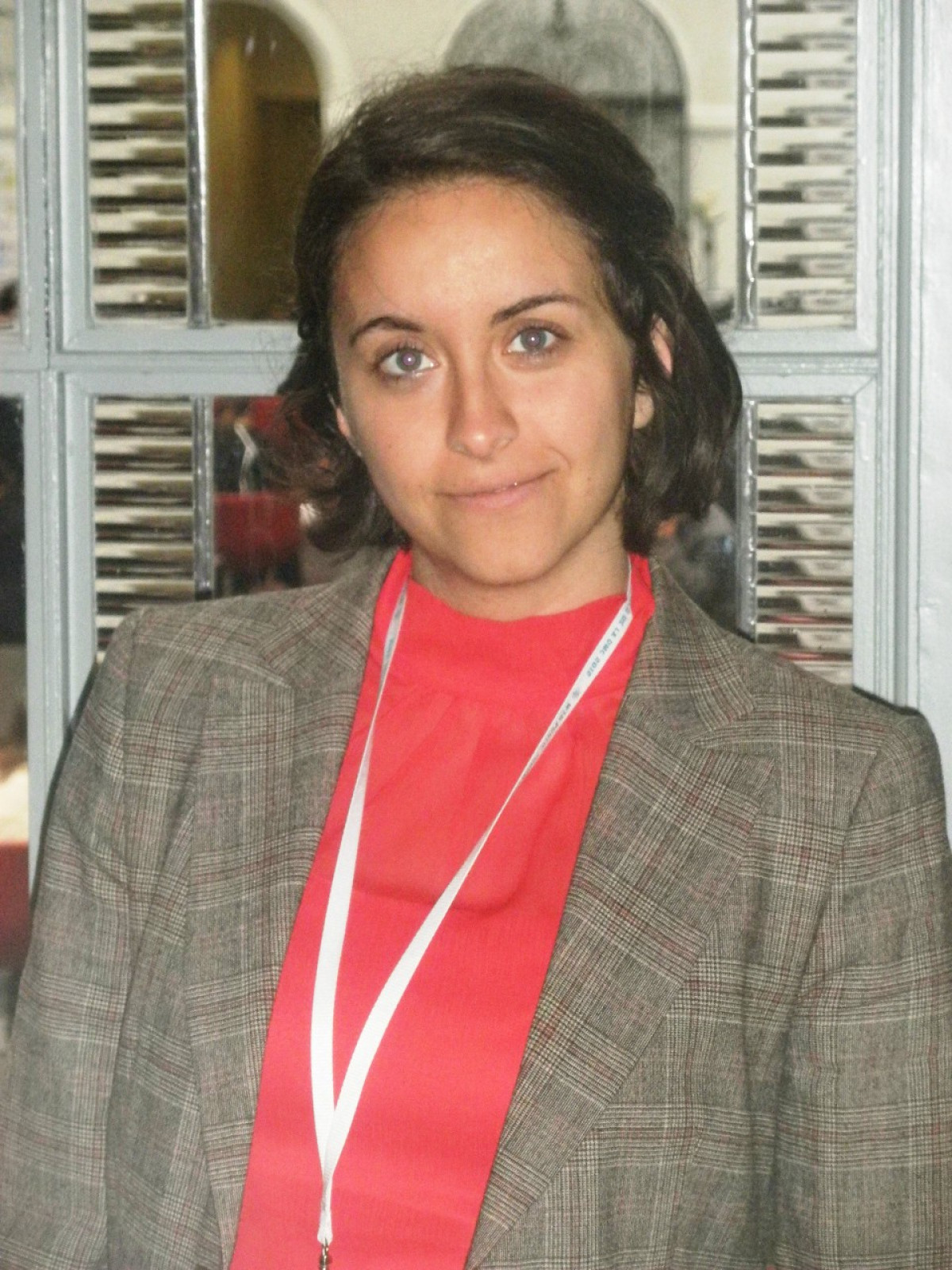 The gruesome act caught many analysts by surprise, given that sectarian relations in Kuwait have been relatively positive compared to other Arab states. However, developments that unfolded in Kuwait prior to the June 26 attack highlight how sectarian issues in the region have negatively impacted Sunni-Shi’ite relations within the emirate.

On April 2, Khaled al-Shatti, a prominent Kuwaiti Shi’ite lawyer and former parliamentarian, was arrested after posting tweets critical of the Saudi-led Arab coalition’s fight against the Houthis in Yemen. Shatti had suggested that Iran’s power was going to prevail in Yemen. He was charged with challenging the emir, demoralizing Kuwaiti soldiers, offending the Kingdom of Saudi Arabia and threatening Kuwait City’s relations with Riyadh. Shatti was released four days later. Other Shi’ite parliamentarians (7 out of 10 in a body of 50) also criticized Kuwait’s participation in the Saudi-led military campaign in Yemen on the grounds that it violates Kuwait’s constitutional prohibition of offensive war.

Kuwait’s sectarian orientation makes the emirate a palatable target for Daesh and other extremist groups that thrive on spreading sectarian strife. Indeed, the chaos in Iraq, Syria, and Yemen has offered Daesh fertile playgrounds, as such conflicts have triggered extreme polarization along sectarian lines throughout the greater Middle East.

Saudi Arabia and Iran, the two leaders of the Sunni and Shia blocks, exacerbate this polarization by backing opposite parties in each of the conflicts currently enflaming the region. Yemen is a case in point. The fact that Arab Sunni states have formed a historically unprecedented military coalition to fight the Houthis—a Shi’ite non-state actor in Yemen, allegedly backed by Iran—underscores the region’s growing Sunni-Shi’ite divide, a conflict that is clearly raising sectarian temperatures in Kuwait’s political sphere.

Such an outspoken protest is, to say the least, unusual in the Gulf. Indeed, Kuwait’s Shi’ite MPs are the only such group in the region allowed to take a stand against their government’s foreign policy on an official and institutional level. However, these political arrests are a real danger to Kuwait’s long-standing equilibrium. They threaten the Gulf state’s consolidated political system, one that was moving slowly toward a peculiar form of public involvement in the res publica.

As a matter of fact, the highly mobilized Kuwaiti public can vote in free and fair parliamentary elections. The Kuwaiti parliament is the only one in the Gulf that can vote out individual ministers and even override the emir’s veto via majority vote, as happens in a semi-constitutional monarchy. At the same time, the cabinet, appointed by the emir, does not answer to the Parliament. Therefore, the ruling elite has been traditionally pushed to reason more in terms of averting political opposition than in terms of playing on sectarian dynamics. In turn, the opposition activity of Shi’ite MPs is carefully framed in constitutional terms, demonstrating their willingness to respect the norms of Kuwait’s political system rather than call for regime change. In the economic realm, Kuwaiti Shi’ites have equal access to sensitive positions in high-level defence and interior departments, and to the welfare benefits offered by its rentier structure, including free health care, education, and state subsidized fuel and housing. Some of the most powerful merchant families of the Gulf Arab nation are Shi’ite.

This is mostly because Shi’ites in Kuwait, who represent 25 to 30 percent of the population, hold a unique place in Kuwait’s history. Since the inception of the State of Kuwait, the emirate’s Shi’ites have known their place in the landscape of Kuwaiti politics. From 1936 to 1979, the ruling Al Sabah family relied on them as a counterweight to the political challenges coming first from Sunni Arab notables and later from Arab nationalists.

This “unwritten contract” ended with the Iranian revolution, when a small group of Kuwaiti Shi’ites began to push for political reforms. Sometimes Kuwait’s authorities violently repressed these Shi’ite activists. However, these episodes were mostly isolated and, generally speaking, Kuwaiti Shi’ites have most often been nationalistic and loyal to the ruling monarchy.In many cases, the Al Sabah ruling family has even defended them against tribalism and sectarianism in the parliament and throughout society.

When in 2011 Saudi Arabia and the UAE deployed troops to Bahrain to suppress its Shi’ite-led Arab Spring, the Kuwaiti government declined to send ground forces. Being highly sensitive to how Kuwait’s participation might impact sectarian divisions within the government, the emir ended up deploying a largely symbolic naval force. Immediately after the June 26 attack, Emir Sheikh Sabah Al Ahmad Al Sabah visited the site. Footage on state-run Kuwait Television showed him visibly moved by the scenes of carnage. The leader also stressed the necessity for national unity in order to avoid falling into the polarizing trap of Daesh, as well as the need to confront head-on the threat of terrorism.

Hunting Down Whose Enemy?

Kuwait’s authorities face grave risks in terms of reconciling rhetoric about national unity with counter-terrorism efforts. Such activities should not become a re-branding of the authoritarianism utilized to counter the uprisings that erupted across the Middle East and North Africa (MENA) region in early 2011.

Since “Arab Spring” protests were held in Kuwait back in 2011, the ruling family has been confronted by the cross-class Islamist-tribal-youth coalition, which has intensified its demands for political reform. In 2014, authorities responded to ongoing calls for change by stripping over 30 Kuwaitis of their citizenship and expelling them from the emirate for their alleged determination to undermine the Gulf state’s security. In March, authorities arrested human rights defender Nawaf al-Hendal and dozens of others at an anti-government protest.

Kuwaitis who have criticized fellow GCC regimes have also been targeted. The Shi’ite MP Abdulhameed Dashti is on trial for condemning Bahrain’s Sunni rulers; the Shiite writer and academic Salah al-Fadhli was arrested for criticizing the war in Yemen; and former Sunni MP Mubarak al-Duweileh was questioned for criticizing officials in Abu Dhabi.These cases underscore not only that there is a red line Kuwaitis must not cross when criticizing the emir, but also how speaking against Kuwait’s regional allies has become taboo.

Although the arrest of Shi’ites who are particularly outspoken appears sectarian from the outside, the trend fits into the context of all GCC states tightening the screws on political dissent under the pretext of securing stability in the Council. When considered in this light, regime-Shi’ite relations have more to do with how organised the political opposition is becoming in the Gulf. Emboldened domestic constituencies are increasingly vocal in GCC states, including Kuwait, where calls for democratic reform of the last decade have not translated into meaningful reform. Indeed, by further criminalizing dissent, Kuwait is on track with its regional allies. The Gulf state is facilitated by the GCC’s Security Pact, which allows all six members to join forces in silencing opposition forces all over the Gulf by creating transnational controls and eliminating safe havens for dissidents of one country in another.

As sectarian strife continues to intensify in the Gulf and greater Middle East, it remains to be seen how such tensions will play out in Kuwait’s parliament and in society at large. On one hand, Kuwait’s contribution to Saudi Arabia’s military coalition in Yemen certainly heightens the risk of a growing number of Shi’ites distancing themselves from their longstanding ally in the ruling Al Sabah family. On the other hand, the June 26 attack—in addition to the Kuwaiti tribal-Islamist opposition—may prompt more Shi’ites to move closer to the regime for protection, despite disagreement with the emirate’s foreign policy. Finally, the singing of a comprehensive nuclear agreement between Iran and the P5+1 on July 14 has the potential to provoke a powerful shock to the Middle East’s sectarian balance. The nuclear deal may lead to further engagement among different sects, or it may worsen tensions between Sunni Arab regimes and Shi’ite groups, including in Kuwait.

Ultimately, the prospects for stability and cordial sectarian relations in Kuwait will largely depend on the ruling family’s ability to navigate the aforementioned regional and domestic challenges, particularly with respect to the most sensitive issue of all: Iran’s reintegration in the region and global economy.

Cinzia Bianco holds a Master’s degree in Middle Eastern and Mediterranean Studies from King’s College London. She worked as a Junior Researcher at the South Asia and the Middle East Forum in London and was a Research Fellow in Oman, Qatar and the United Arab Emirates for the European Commission project, "Sharaka," focusing on EU-GCC relations. Bianco represented Italy at the G8 Youth Summit in the Foreign Affairs Commission (Paris, 2011) and at the G20 as an expert in the Commission on International Trade (Mexico City, 2012).

This article was originally published by Gulf State Analytics.