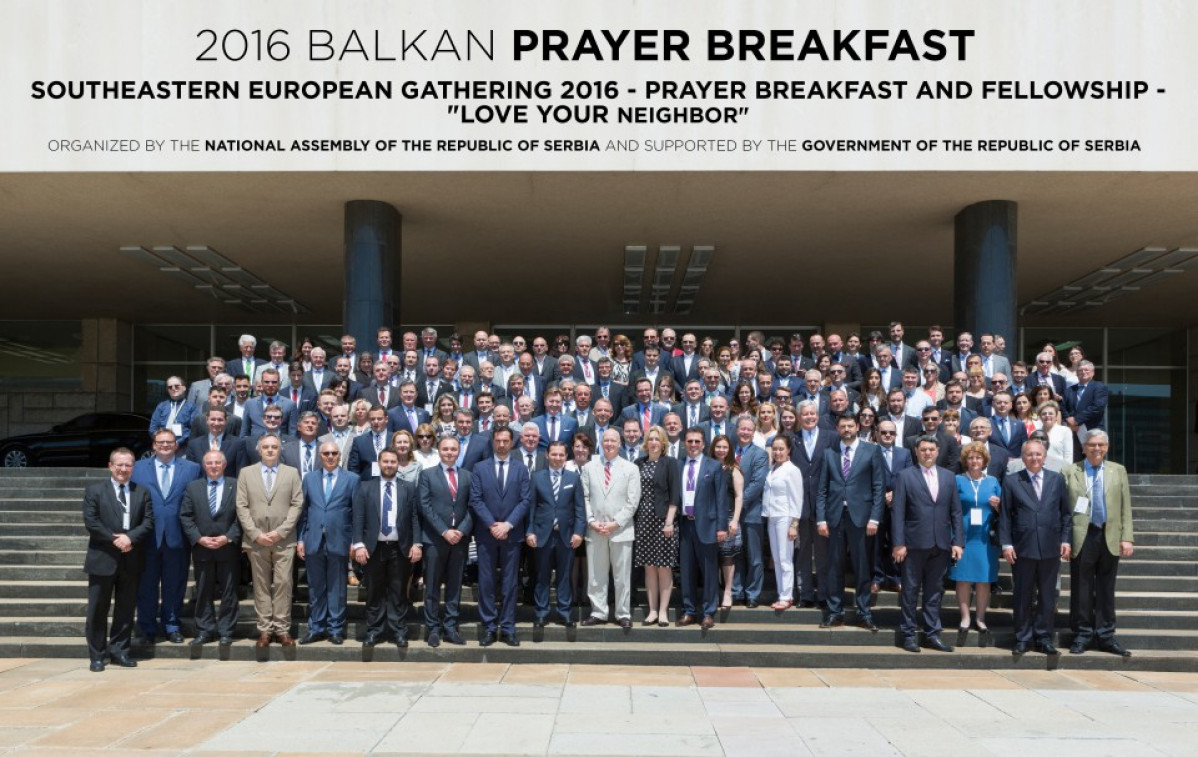 Belgrade, 28 May 2016 - Directors of the International Institute for Middle-East and Balkan Studies (IFIMES) Bakhatyar Aljaf, and dr. Zijad Bećirović attended the regional Prayer breakfast at the Palace of Serbia in Belgrade, which brought together politicians, businessmen, representatives of civil society and many celebrities from South Eastern Europe, the German Bundestag, the US Congress, and parliamentarians from Austria and other European countries.

The Prayer breakfast was symbolically entitled "Love thy neighbor" as the goal is to spread peace and tolerance, which would lead to reconciliation and progress of the entire region. The Prayer breakfast showed that together we can do a lot for a better future of the region.

On the occasion of the visit to Belgrade IFIMES directos had many conversations with the participants of the Prayer breakfast from the region, and representatives of the Bundestag and US Congress. They also attended a celebratory reception at the National Assembly of Serbia and participated at the round table held there, dedicated to the fight against terrorism.