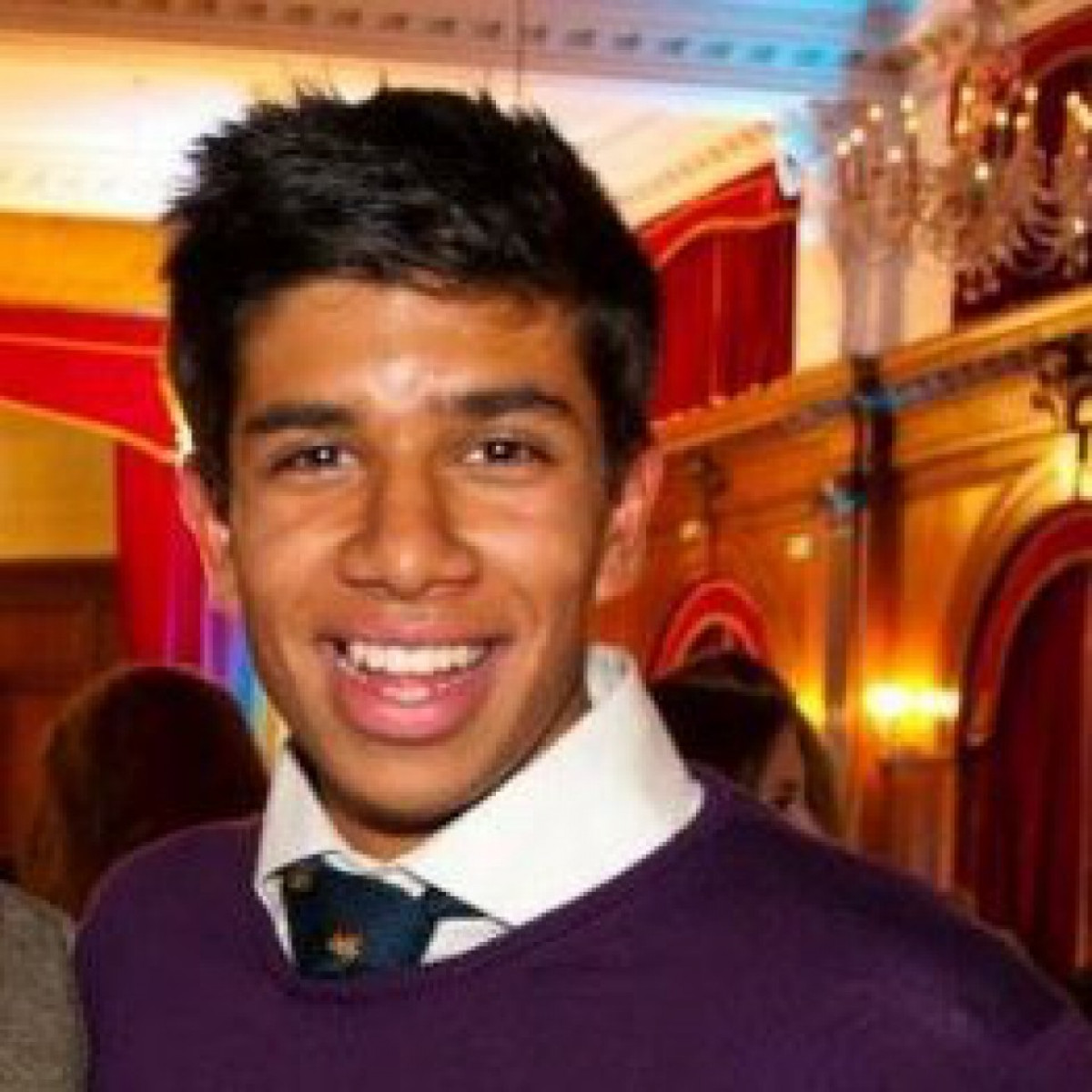 analyst based at the University of Chicago

At face value, Qatar’s engagement with the world is impressive. Doha has not only cultivated a strong alliance with the United States as the host of U.S. Central Command (USCENTCOM) and extended overtures to Israel, but until recently the tiny emirate truly also competed with its larger neighbor—the Kingdom of Saudi Arabia—for a dominant role in the Sunni Arab world. A closer examination of Qatari foreign policy, however, demonstrates that a number of Doha’s initiatives have proven unsuccessful, diminishing the ultra-rich Persian Gulf emirate’s global presence.

Until 2011, Qatar sought to use soft power, particularly diplomacy, to increase its presence and establish the Gulf nation as a major actor on the international stage. However, after the Arab Spring erupted across the Middle East and North Africa (MENA), Qatar quickly shifted its foreign policy strategy. Instead of focusing on soft power, Doha became increasingly involved in regional conflicts, most notably in Libya and Syria. In the process, Qatar’s work to cultivate relations based on soft power was quickly undone and Doha’s status as an influential regional actor was diminished.

At this juncture, a key question remains unanswered. Where does Qatar go from here? It appears that the emirate is seeking to re-cultivate its soft power influence. However, rather than relying on diplomacy, the Qataris seem to be using the culture of competitive sports to promote their views. Branding is central and critical to Qatar’s long term plan, and they are heavily investing in global sporting ventures to promote their image before the world.

Despite Qatar’s tiny size—both geographically and demographically—Doha’s foreign policy earned the emirate significant influence from 2003 until the Arab Spring uprisings of 2011. Prior to the Syrian crisis, Qatar’s strategy was to maintain positive relations with all influential actors without committing to any one particular party. From 2003 onward, Emir Sheikh Hamad formulated foreign policy in a manner that garnered Qatar a reputation for being an “honest” peace broker.

This reputation was evident in the peace that the former Emir of Qatar helped broker between the U.S., UK, and Libya over the dismantling of the Libyan nuclear program. In 2008, Doha played a highly productive role in resolving Lebanon’s internal crisis, thereby preventing another Lebanese civil war from erupting. The Qataris also exerted their diplomatic efforts to resolve conflicts and tensions in Afghanistan, Darfur, Palestine, and the Horn of Africa.

Throughout this period, Doha relied heavily on al-Jazeera (Qatar’s state-run news network), currently referred to as one of the major wings of Qatari public diplomacy. By 2006, the network had added a twenty-four hour channel and diversified its reach by broadcasting programs in Turkish and even Swahili; by 2010 it was reported that seventy-eight percent of the Arab World relied upon al-Jazeera for international news. Attracting such a wide and diverse audience played a critical role in the cultivation of Qatari soft power throughout the 2000s. The Qatari leadership was quick to realize that via al-Jazeera the emirate was able to promote its values and ideas, as well as a positive image, throughout the MENA region.

Furthermore, al-Jazeera enabled Qatar to manipulate international events to advance Doha’s interests. A key example of this occurred in 2009. In a cable sent to Doha, the U.S. Embassy claimed that Sheikh Hamad told then-Senator John Kerry about a bargain he had in place with then-Egyptian President Hosni Mubarak. Al-Jazeera would not broadcast any programs on Egypt or its government, in exchange for a shift in Cairo’s position on Israel-Palestine negotiations. Though Mubarak is reported to have said nothing in response, there is little doubt that al-Jazeera is not as editorially independent as it claims.

In 2011, Qatar inexplicably changed its strategy. Soft power was swapped out for direct military    involvement. In Libya, Doha took an active role against Muammar Gaddafi. Not only did the emirate provide serious funding and an estimated twenty thousand tons of weaponry, but it also trained and sent Libyan exiles and other militia groups to fight. Doha also became deeply involved in Syria and Egypt’s Arab Spring uprisings. Yet Qatar’s failure to advance its interests in these countries significantly diminished Doha’s credibility. Qatar’s soft power card suffered, as did al-Jazeera’s reputation after it was heavily criticized for an alleged editorial bias.

Egypt is the clearest example of Qatar’s fall from grace. According to many observers, Qatar used al-Jazeera to spread its pro-Muslim Brotherhood agenda. Following the Egyptian coup d’état of July 3, 2013 which ousted Mohammed Morsi, a growing number of Egyptians began viewing al-Jazeera as little more than a promoter of Qatari interests. The military takeover in Cairo forced Qatar to withdraw from Egypt, leaving its Gulf rival Saudi Arabia to capitalize on the situation and provide the junta with USD 13 billion in aid, reasserting Riyadh’s position as a regional mediator.

In December 2010, Qatar won the bid to host the 2022 FIFA World Cup, beating Japan, South Korea, and the U.S. This was arguably the beginning of Qatar’s efforts to cultivate a new form of soft power in which Doha would promote itself as a global sporting destination.

However, since securing the bid, Qataris have been subjected to high levels of criticism. Voices accuse Doha of becoming the host of the World Cup in 2022 through corrupt maneuvers, as well as failing to protect the human rights of its migrant work force. Consequently, the domestic brand and image that Doha sought to promote is not what the world sees today. While many commentators argue that the allegations have set back any new ambitions of Qatar, Doha’s reaction is telling. While Qatar’s leadership has hit back against allegations surrounding the infamous Mohamed bin Hammam, Doha views the World Cup as simply one wing of Qatar’s overall strategy. In part, this seems to be due to the smart and wide-ranging investments that they have made since winning the bid. Although Qatar’s image has been damaged, it is premature to conclude that this damage is permanent.

It appears that in recognition of their dwindling regional influence, the Qataris have embarked upon a new strategy of cultivating soft power through sport and culture. Since 2010, the Qataris have invested massive amounts of wealth into a number of major sporting companies and ventures. This strategy represents both a diversification of the Qatari economy as well as a move to regain its lost international status. Doha is aware that the emirate’s natural gas reserves cannot last forever and Qatar is already facing growing competition from the U.S. and Australia. Bloomberg’s energy desk believes that by 2018 Australia will be the leading manufacturer of Liquefied Natural Gas. At this juncture, Doha views sports as a means to open new doors into more financial deals and to re-cultivate international influence following failed foreign policy strategies regarding the Arab Spring.

In the near future sporting culture will form an increasingly central part of Qatar’s international strategy. In the aftermath of the controversy surrounding the FIFA World Cup bid, it is vital that Qatar builds a successful international brand and this is exactly what is happening. The Qataris, recognizing the importance of branding and have made strategic investments in this sector.

Only large, globally recognizable brands will be found in the Qatari portfolio. Key examples include Barcelona and Paris Saint-Germain, two of the best known and most successful football teams which are now Qatari-owned. The spillover effects from these investments may eventually translate to growing economic and political relationships with the French and Spanish governments. Beyond this, Qatar has also reportedly made a USD 7 billion bid for a controlling stake in Formula 1 Racing. The emirate has also invested in UK horse racing, Deutsche Bank, and American Express, just to name a few strategic moves.

By engaging with projects across the world, Qatar is positioning itself to regain influence on an international scale with an entirely different strategy. By associating with global brands, Doha is embarking on a new course of creating relationships and developing partnerships with key actors and institutions. Presently, Qatar’s influence is markedly less than it was in 2010. Yet, the dream of establishing a dominant global presence is not over. Qatar’s immense natural resource wealth will secure a prosperous future for the Gulf state. Ultimately, this prosperity will ensure that the tiny emirate’s presence remains disproportionately large.

This article was originally published by Gulf State Analytics on October 14, 2015